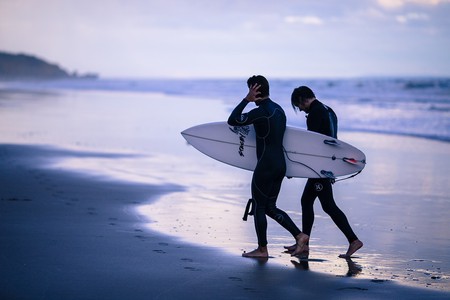 With 2,413 kilometers of coastline that stretch along three seas, there’s certainly no shortage of water sports in South Korea. From surfing to diving, the country offers plenty of options for sports enthusiasts. Check out the guide below to learn about a few of them.

Hosting some events on the professional windsurfing circuit, South Korea has recently seen a growing interest in the sport that combines elements of surfing and sailing.

The southeastern city of Ulsan and the nearby Jinha Beach are perhaps the most popular windsurfing (not to mention kitesurfing) destinations in the country. Jeju Island is another hot spot, thanks to its good waves and remote areas.

The Korean Windsurfing Association is the national body for the sport, and offers regular lessons around the peninsula. In addition, there are also regional windsurfing associations that provide classes and run clubs. 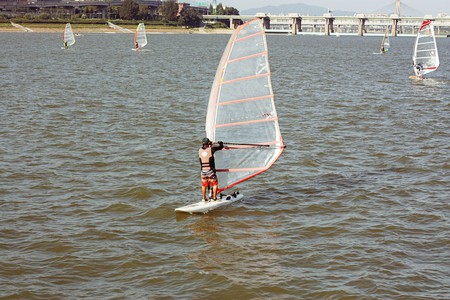 Surfing is another growing sport in South Korea. Although the country lacks reliably good conditions compared to places like Bali or Australia, there are a few locations where some decent but gentle waves can be found.

Jeju Island and Busan remain the country’s most well-known surfing destinations, but the swell also hits the coast of Yangyang in Gangwon Province, especially as the air and water temperatures drop.

Two beaches in Yangyang County have surf rental facilities. Gisamunhang is the more established of the two and can be accessed via private transit or the local bus from Yangyang. Surfers rents boards and wetsuits and is staffed by friendly and knowledgeable personnel.

Just south of Gisamunhang is Jukdo Beach in Ingu-ri, which is home to Blue Coast, a surf shop that sometimes offers lessons in English. Rental costs average around ₩10,000 won ($9 USD) for surf wear and ₩35,000 won ($30 USD) for boards.

During November, the water temperature averages 15 degrees Celsius, so surfers should consider bringing along boots, gloves and a hood. And, like so many other places in Korea, don’t expect to find solitude on the water. If the waves are rolling even a little bit, there will most certainly be a long line-up. 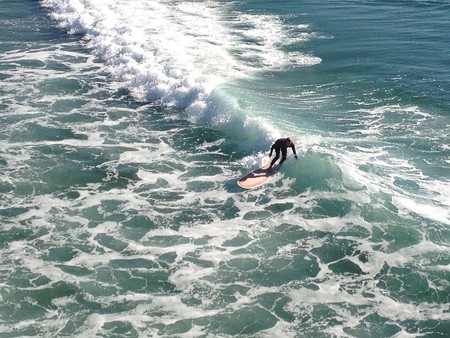 Jeju Island’s subtropical waters are brimming with interesting sea life, while the walls of the area’s small volcanic islands are covered with colorful coral, making the destination a favorite one for divers.

The island’s city of Seogwipo is a particularly popular spot, which attracts divers with its large kelp forests, dolphins, numerous species of tropical and temperate fish and vivid coral. Although considered the best place for diving in Korea, Jeju remains for the most part untouched by the mainstream of international dive travel.

Seogwipo’s BIG BLUE 33 dive shop and school offers dive trips for certified divers and non-divers alike. They also have courses for all levels from NAUI Scuba Diver to Divemaster. Those with less time can opt instead to partake in a ‘Try Scuba Diving’ introductory experience to learn the ropes.

Deep Blue Quest in Paju just north of Seoul also offers a number of courses for all levels in English. 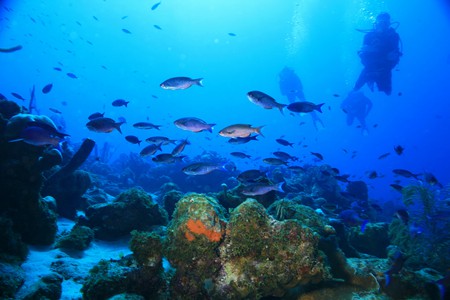 For the best canoeing, kayaking and rafting, head to Inje in Gangwon Province. The town’s Naerincheon Stream has many rapids, in addition to offering some stunning mountain views.

Situated on the stream is Songkang Canoe School, an organization that offers educational programs and tours in English led by a professional training team certified by the Ministry of Culture, Sports, and Tourism. The company also boasts a store that sells imported kayak and canoe equipment. 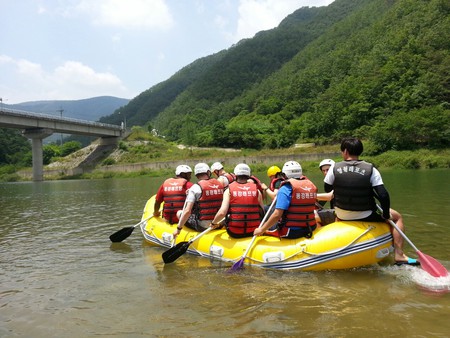 While there are plenty of places to enjoy water skiing and wakeboarding in Korea, Gangwon Province is arguably the best, thanks to its numerous lakes and water ski facilities that offer a slew of activities and services at affordable prices.

Yangpyeong Resort Water Ski, for example, provides English lessons and rides, while activities such as banana boats and flyfish rides are also available.

But you don’t need to travel outside of Seoul to get your ski on. In fact, there are numerous businesses located right on the city’s Han River that cater to water skiing enthusiasts.

A number of water sports such as boat riding, water skiing and wakeboarding can be enjoyed at one of the many Hangang public parks in the Ttukseom, Jamsil, and Jamwon districts. Prices average about ₩25,000 won ($21 USD) per ride, and can be enjoyed anywhere in the Han River area excluding the Yeouido, Yanghwa, and Nanji districts. 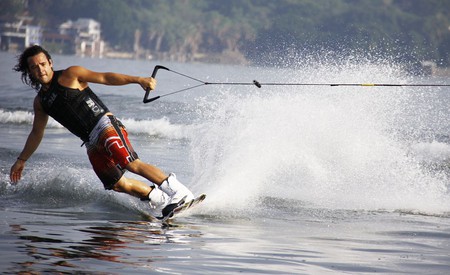 Boating can also be enjoyed on the Han River. The Seoul Marina in Yeouido-dong provides one-stop yacht services with everything from yacht rentals to maintenance, repair, mooring and yacht education.

The business boasts several types of boat, including dinghies and power yachts that are utilized for the club’s regular trips. Boats are also available for rent by individuals.

In the Jamwon and Nanji districts, boaters can enjoy an hour of yachting for approximately 30,000 won. Rowboats and paddleboats, meanwhile, are available in the Ttukseom, Ichon, Yeouido and Mangwon districts. 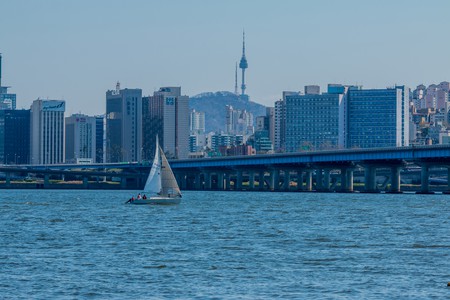 Sailing in Seoul | © Rene Adamos / Flickr
Give us feedback