A Look Inside Min Sok Chon, a Korean Village Made Famous by K-Dramas 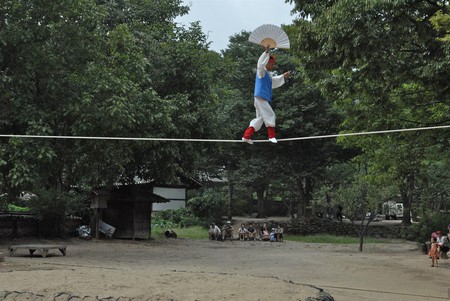 Featuring ancient architecture, age-old performances, and hanbok-clad staff, the sprawling folk village Min Sok Chon in Yongin, South Korea is designed to transport visitors back in time to the country’s dynastic days. For this reason, it has and continues to be a popular filming location for a number of Korean dramas. Join us as we explore this charming cultural attraction. 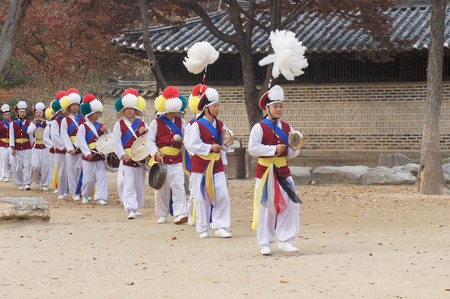 A look into the past

Spread out over some 245 acres of land auspiciously located according to the principles of pungsu-jiri, Min Sok Chon is a Korean folk village seemingly plucked right out of the Joseon period.

Built to recreate dynasty-era life through both architecture and atmosphere, the complex is comprised of dozens of traditional buildings that have been either relocated from various provinces around Korea or meticulously restored based on the findings of a thorough survey conducted around the country. The structures include hanok (traditional houses) of both aristocrats and commoners, seowon and seodang (educational institutions), hanyakbang (traditional medical institutions), Buddhist temples, and gwana (provincial government offices). 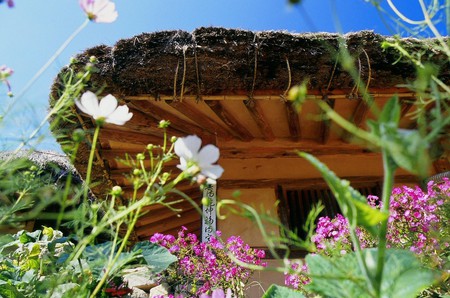 In addition to the various buildings, there are also several museums that offer a more in-depth look at different aspects of Korean heritage. Among them include the Korean Folk Museum, which showcases the lifestyles of farming families during the late Joseon period, as well as a Pottery Exhibition Hall and Mask Dance Exhibition Hall that spotlight the nation’s time-honored artforms. 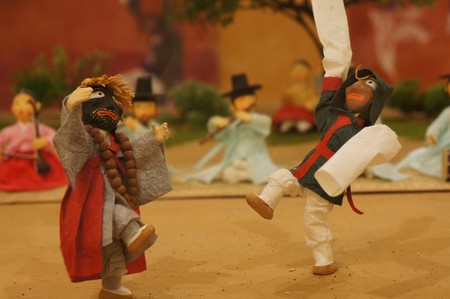 Should you get hungry, there’s no shortage of tasty treats to enjoy. A centrally located marketplace features a number of vendors selling Korean fare like bibimbap (rice topped with meat and vegetables), naegmyeon (cold noodles), and yeot (Korean taffy), while the nearby tea house serves up medicinal brews.

Lively performances such as tightrope walking, mask dances, and traditional wedding reenactments appeal to tourists, yet Min Sok Chon doesn’t feel like any old tourist destination. In fact, it’s not unusual to see people in traditional clothing cooking, harvesting buckwheat, or adjusting straw on a thatched roof. In this way, visitors are able to truly get a feel for what it was like to live during the Joseon era. 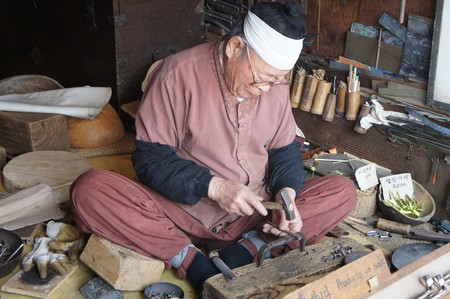 A worker at the Korean Folk Village | © DreamAnvil / Flickr

Because it replicates Joseon life so accurately, it’s no surprise that Min Sok Chon is also a popular filming location for historical TV and film productions.

Of them, 500 Years of Joseon, was the first to be shot at the village. The MBC TV series of historical dramas depicts the major events of the dynasty’s reign from 1392 to 1910 and is based on The Annals of the Joseon Dynasty, the longest continual record of a single dynasty in the world.

With its picturesque traditional buildings, the folk village provided the perfect backdrop for the series, which was filmed from March of 1983 to December of 1990. In just a few years, the show had transformed Min Sok Chon from a little known outdoor museum to a popular tourist attraction. 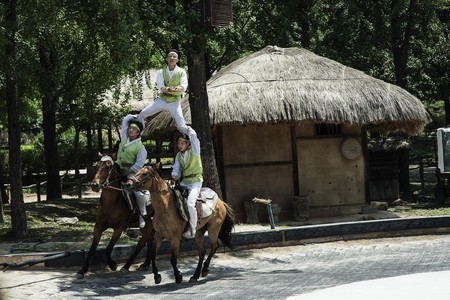 Providing a more convenient and affordable alternative to building a new set from the ground up, it didn’t take long for the folk village to become the go-to filming location for many historical films and TV shows. Among them include the wildly popular The Moon that Embraces the Sun, My Love from the Star, The Face Reader, and Masquerade.

Min Sok Chon prides itself on its “Hallyuwood” affiliations and encourages K-drama fans to explore the buildings used as filming sites, which are clearly marked as so. Visitors can also dress up in historic period costumes and even take a ride in a palanquin, or hand-carried chair, just like the royal characters of their favorite shows. 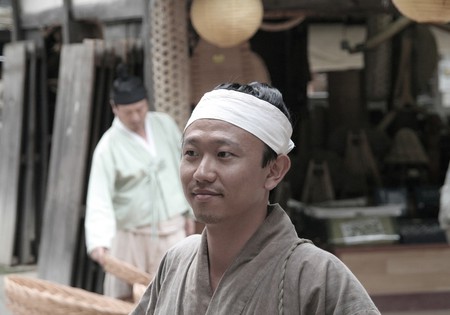 A costumed actor at the village's traditional market | © parhessiastes / Flickr

From its age-old architecture and traditional atmosphere that revive Korea’s forgotten past to its associations with the most beloved Korean shows and films of today, Min Sok Chon is sure to impress its visitors, K-drama fan or not.