A History of Tripitaka Koreana, the World's Greatest Collection of Buddhist Scriptures 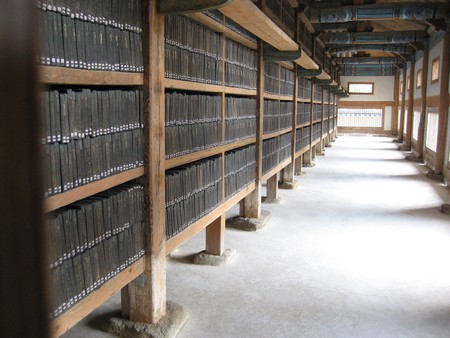 Situated on the stunning slopes of Gaya Mountain, Haeinsa Temple is home to the Tripitaka Koreana, the most complete collection of Buddhist texts, laws and treaties in existence today. We delve into the writings that have shaped the spiritual religion.

Engraved on approximately 80,000 woodblocks, the Tripitaka has been used by scholars as the authority of Zen Buddhism since its creation and has shaped the religion for nearly 1,000 years. This relic of the past is uncharacteristic of Korean treasures, as it is an original rather than a replication, and has a history as interesting as the woodblocks themselves.

Taking more than 70 years to create, the original Tripitaka was completed in 1087, but was destroyed in 1232 during a Mongol invasion. In the hope that Buddha might intervene and drive out the Mongolian invaders, King Gojong ordered the collection to be remade. 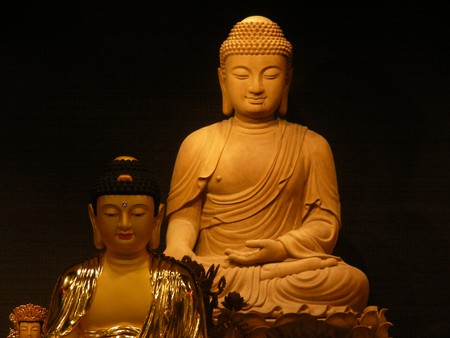 Buddhism is 2,500 years old and is followed by 350 million worldwide | © Martina Roell / Flickr

From 1237 to 1248, the woodblocks were carved on Ganghwa Island, 30 miles west of the South Korean capital, Seoul. According to tradition, monks used wood from silver magnolias, white birches and cherry trees from the Southern coast of the peninsula. The wood was soaked in sea water for three years, then cut into individual blocks during the winter to prevent warping.

Each piece was then boiled in salt water to prevent insect infestations and mould, and dried before being carved. The delicate carvings of the characters are incredibly consistent in form, as if they were the work of one person.

In the early years of the Yi Dynasty, the Tripitaka was transferred to Haeinsa Temple, close to present-day Daegu. The buildings of Janggyeong Panjeon, dating back to the 15th century, were built specifically to house the blocks.

As the most significant structures at Haeinsa, the depositories are positioned at a higher level than the hall that houses the temple’s primary Buddha. Built in the customary style of the early Joseon Dynasty, their design is distinguished by simple details, as well as its harmony of layout, size and balance. 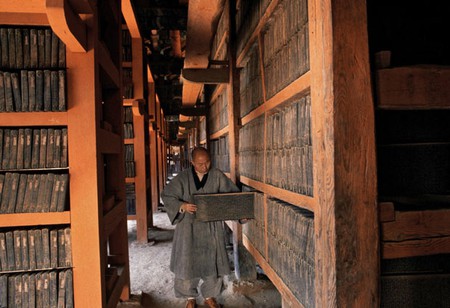 To protect the woodblocks from deterioration, the depositories were constructed to provide ventilation and moderate temperature and humidity. This incredible design has preserved the woodblocks for over 750 years from pests and extreme weather conditions.

These exceptionally effective conservation methods, along with the buildings’ intriguing history, make the structure unique. So much so that the depositories and the Tripitaka woodblocks were declared a National Treasure of South Korea in 1962 and a UNESCO World Heritage Site in 1995.

In 2000, after nine long years of painstaking, costly research, the Tripitaka Koreana was put into electronic form. Work is currently underway to transfer the characters onto copper plates to ensure their preservation, and function as a back-up for the digitised version.

In the meantime, Buddhist pilgrims, scholars, history buffs and art lovers will continue to flock to Haeinsa Temple to get a close look at the Tripitaka Koreana and the library that houses it for years to come. 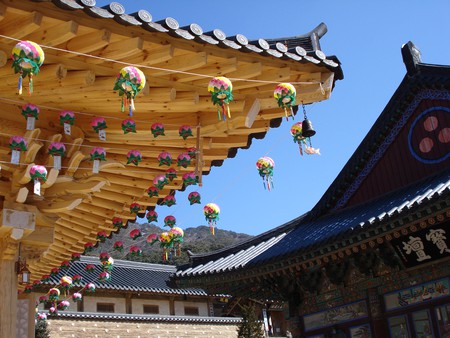 Haein Temple, home of the Tripitaka Koreana | © Timothy Brown / Flickr
Give us feedback