A Guide To Using the Subway in Seoul, South Korea 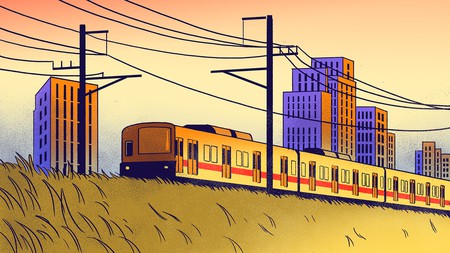 With one of the most efficient subway systems in the world, Seoul – despite its expansive city limits – is easily navigable. Here are a few tips for getting around and riding like a local while using the Seoul subway.

A quick glimpse at a map of the Seoul subway system is enough to overwhelm a first-time passenger. Comprising a whopping 23 lines, the subway map more closely resembles a plate of kaleidoscopic spaghetti than a transportation guide. However, it’s not as complicated as it appears – using the subway is the best method of getting around the city in terms of convenience, affordability and as a means of experiencing the Korean culture. 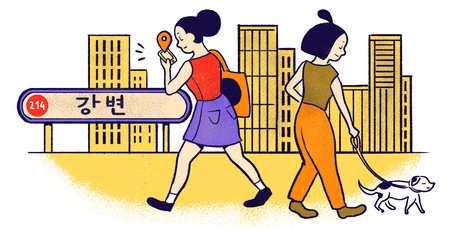 With nearly 300 stations, the subway has an access point that is likely just around the corner from your accommodation.

To locate the nearest station, consult Google Maps, a Seoul subway app (Transit, Citymapper and Subway Korea are all good options) or ask someone to direct you. Most Seoulites use the subway and are familiar with its layout.

Subway entrances are generally covered staircases on the sidewalks of busy streets and are marked by unmistakable yellow signs. Signage is in Korean and English, and stations are named for the neighbourhood in which they’re located (Sinsa or Itaewon, for example) or a nearby prominent landmark (i.e. City Hall, Gyeongbokgung, etc).

There are two ways to pay for your subway fare: by cash or by T-Money Card.

If using cash, you’ll need to purchase single-journey tickets for every ride you take. If you’re planning on using the subway fewer than five times, use the cash option. Otherwise, it’s recommended that you purchase a T-Money Card. While this card also needs to be loaded and reloaded using cash, it can be topped up to last you your entire trip.

In addition to being more convenient, the T-Money Card saves you Korean won on each ride and allows you to transfer from the subway to the bus without being charged for two separate journeys. Simply tap the card when entering and exiting each mode of transportation. Should you opt to hail a cab during your stay, you can pay for that fare with the T-Money Card, too.

T-Money Cards can be purchased (4,000 won or £2.70 per card) and reloaded at the airport, convenience stores and vending machines at subway stations. 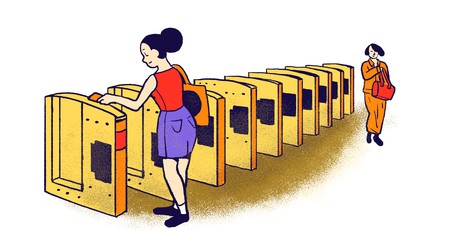 To top up your T-Money Card at a vending machine:

• Place your card in the “reloading” dock.

• Add money to the machine. (Only cash is accepted.)

• Remove card once the transaction is complete.

If you’d like to reload your card at a convenience store, give the clerk your T-Money Card and the amount of money you’d like to add. (Use the phrase “T-money card-uh man-won chung-jon-hae ju-sae-yo” to request that 10,000 won (£6.70) be added to your card.)

Should you have a balance of 20,000 won (£13.40) or more at the end of your trip, you can get a refund at one of the station vending machines. Otherwise, the card does not expire, and the remaining value is valid for five years.

Now that you’ve got your T-Money Card, it’s time to conquer the Seoul subway system!

As you enter the turnstile, tap your card. The number on the top of the reader displays the base fare, and the bottom number is your remaining balance. You will not be able to enter or exit if your card is lacking sufficient funds.

To avoid passenger gridlock, have your T-Money Card in hand and ready to tap. Should there be an error with your card, step to the side and let others pass. If you need assistance, press the help button at the end of the turnstiles.

To get to your desired station without any hiccups, follow these steps:

• Trace the line (each line has a dedicated number or name and colour) from your departure station to your destination station. Take note of each line change, as you’ll need to transfer at these stations.

• Once you’ve identified the first line you’ll be riding, take note of its final stop. This station informs the direction you need to travel.

• Follow the signs in the subway station towards the first line of your journey. Once you’re on the platform, check for the direction or final stop (as noted above).

• Stand behind the yellow line while you wait for your train and board it when it arrives.

• Monitors on the train will announce in multiple languages each stop, including available transfers in each station and what side the doors will be opening. If you need to transfer, follow the signs to your next line as you exit the train. You won’t need to tap out of the station unless your connecting train is in another station.

The previously mentioned apps make navigation a breeze and are accessible during your ride as free public Wi-Fi is available in the subway. 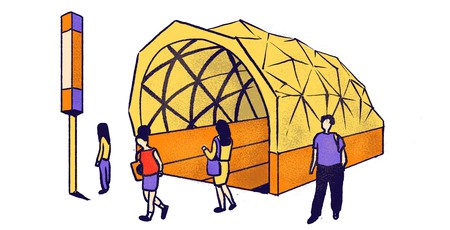 During peak travel times, it can be difficult to move around fellow passengers, so make your way to the train doors at least one station before your destination so that you don’t miss your exit. Be sure to tap out the same way you tapped in as you exit the station.

Each subway station has multiple exits that are labelled with numbers. Maps and signage around the station make it convenient to locate the appropriate exit. However, larger stations (such as Gangnam Station or Gwanghwamun Station) can have upwards of a dozen exits, so if you’re meeting someone, it’s best to decide on an exit number ahead of time. Likewise, you can check the transportation information of a destination via its website before you arrive.

• Don’t use the seating on the far ends of each car, as these spots are reserved for the elderly, pregnant women and people with disabilities. Anyone can use the seating in the middle of the car, but it’s common courtesy to give up your seat should someone need it (i.e. a senior citizen or an individual carrying a heavy load).

• Wait for passengers to exit before entering the train car.

• Stand on the right side of escalators, and walk on the left. This allows commuters in a rush to easily catch their train.

• Refrain from speaking loudly or playing music on the train. Keep headphone volume at a minimum, and turn off your phone notifications.

• Should you have a backpack in tow, place it on the luggage shelf or wear it on your chest for the duration of your ride.

• Although it’s not illegal, it’s considered inappropriate to eat on the subway.

• Commuters and soju survivors have an uncanny ability to sleep soundly on the subway – in some of the most agonising-looking positions – and still manage to wake up just as the train pulls up to their station. If you, too, feel the need to nap, go for it. But avoid getting in anyone else’s space.

• Koreans detest manspreading (“jjeok-beol-nam”) as much as the rest of us. Just don’t do it.

• Subway bathrooms are free of charge and are usually located near the exits.

• The T-Money Card can be used in all Korean cities with metro systems (such as Busan and Daegu), but they can’t be reloaded in these cities.

• The Seoul subway is open from 5.30am to 1am, but some train lines close earlier. Take note of each station’s operating hours.

• Rush hour is generally between 6.30am and 9am and 4.30pm to 7pm. The busiest stations are those located in business districts and where commuters make transfers between subway lines, such as Gangnam Station and Seoul Station. If you can, avoid these busy stations during this time. If you must travel during rush hour, be prepared for crowded trains and light shoving and pushing.

• Should you need to store your belongings, most stations feature lockers of various sizes that you can use for a small fee. You can even pay using your T-Money Card.

• Cycling around Seoul? Bicycles are permitted on the subway on weekends and public holidays but are limited to the first and last train cars. They are not allowed on Line 9 and the Shinbundang Line.

• The Seoul subway is known for its incredible amenities. Many of the major stations are attractions in their own right and feature a wide array of facilities, including restaurants, convenience stores, cosmetic shops, clothing boutiques, breastfeeding rooms, bicycle racks, elevators and wheelchair lifts.

Now that you’re a Seoul subway expert, what are you waiting for? Get out there and experience all the city has to offer!