A Guide to Tattoos in South Korea 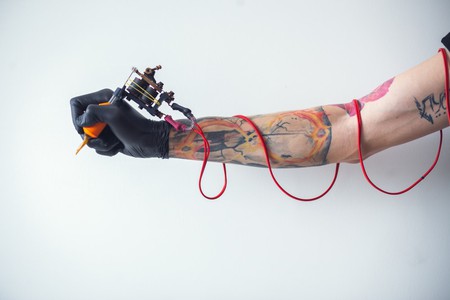 Tattoos aren’t illegal in South Korea, and you’ll see youngsters sporting ink everywhere you go. Getting a tattoo, however, is illegal — under Korean law, it’s viewed as a medical service and only allowed if the tattooist is also a qualified medical practitioner. This drives artists to operate from their own homes and underground tattoo parlours. Here’s your guide to the controversial practice.

The history of tattoos in South Korea

The history of tattoos in South Korea goes back to before the 4th century. Tattoos were used by fishermen from the country’s coastal regions to ward off evil spirits and bring them good luck in their endeavours. During the Joseon Dynasty, the significance of tattoos became much more negative; in the 19th century, they became commonly associated with crime. Individuals found to have committed wrongdoing (including theft and adultery), were marked with the name of their misdeed. During this period, slaves were also marked with their master’s name. Tattoos are often considered to go against Confucian values, which hold that as your body was passed down to you by your parents, it is a mark of disrespect to alter it in any way — for the same reason, many people did not cut their hair. In the 20th century, tattoos became associated with criminal gangs, who used tattoos to signal their family and allegiances. 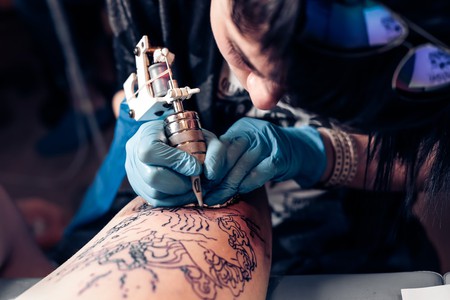 Like nearby Japan and China, tattoos are still associated with gangsters. Many schools forbid students from getting tattoos, and young men with large tattoos cannot be accepted into the country’s mandatory military service (and so are often accused of draft-dodging, a criminal offence). Some saunas and jimjilbangs will ask tattooed patrons to leave.

Tattoos are becoming increasingly de-stigmatised, however, especially in younger generations. K-pop stars and celebrities proudly flaunt their ink — for example, Big Bang’s G-Dragon has more than 20 tattoos. Interestingly, a 2009 study carried out in Busan found that people looked much more kindly on body art when it was given the name ‘tattoo’ rather than the Korean word munsin. Tattoos given the name of munsin were associated much more strongly with organised crime and antisocial behaviour, whereas those given the name ‘tattoo’ were associated more with personal style and fashion.

South Korea has the highest plastic surgery rate of any country in the world. It’s estimated that around one in three women undergo some form of cosmetic procedure, and in cities such as Seoul this number is even higher. These procedures include double eyelid surgery, nose jobs and even surgical narrowing of the jaw. This may be one of the reasons tattoos are more common than in other Asian countries such as Japan and China — Koreans are less fazed by the prospect of permanently altering their bodies. 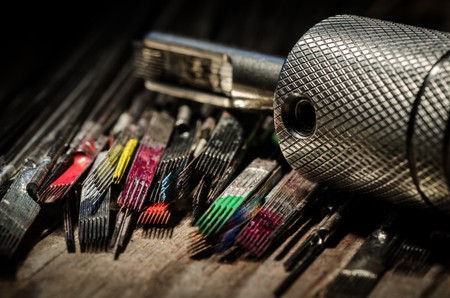 Subcultures and the drive to be ‘cool’

South Korea is a highly competitive country. Young children attend school for long hours and cram schools in the evenings. When they enter the workforce, high standards are essential rather than optional. For those who have chosen a path outside the mainstream, therefore, fashion and style are often taken to extremes — so in the hip arty areas of big cities such as Seoul, you’ll see a good number of heavily tattooed people. In South Korea, appearance is ultra-important, so embodying the edgy artist or cool rebel can be useful both personally and professionally. There’s also been an upswing in recent years amongst younger people getting small, easily hidden tattoos — perhaps often a little act of rebellion against the country’s strict social norms.