A Guide to Incheon's Chinatown 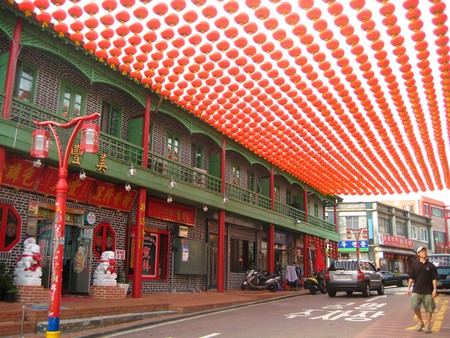 Situated approximately 30 kilometers west of Seoul, Incheon’s Chinatown, with its colorful aesthetic and numerous attractions, makes for a memorable day trip from South Korea’s capital city. In addition to a slew of museums, galleries, and green spaces, the area is renowned for its cuisine, ranging from traditional Chinese fare to fusion dishes, many of which are culturally and historically significant. Learn more about all Chinatown has to offer with our handy area guide. 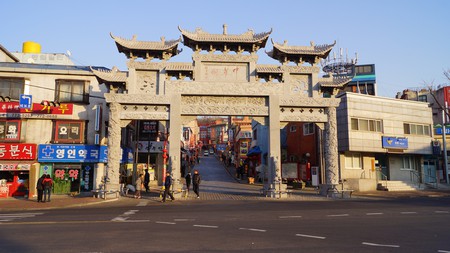 Incheon’s Chinatown was established around the time of the opening of Incheon Port in 1883, when Chinese immigrants made their way to the area in search of work. Over the years, the district fell into a state of urban decay, with many of its residents living in poverty until it was recently redeveloped and polished to attract tourists.

Today, the majority of Chinatown’s residents are second- and third-generation Chinese. While the district was home to a variety of stores that traded goods imported from China in the past, currently most of the Chinese businesses in the area are restaurants. While the traditional culture of the first generation may have been somewhat lost, the area still retains many of the flavors of China. 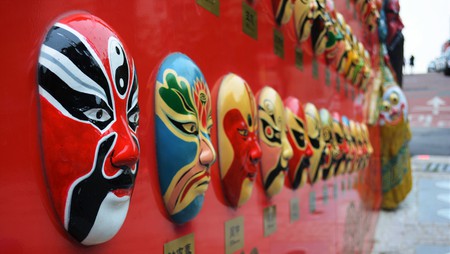 It’s hard to miss Chinatown’s enormous entry gate, located just opposite the subway station. In the late nineteenth century, local Chinese settlers would stand at this gate and offer prayers. But the gate also served an additional purpose — to keep ghosts from entering. These days, however, this piece of the past stands in stark contrast to the buzzing city that has been built up around it. 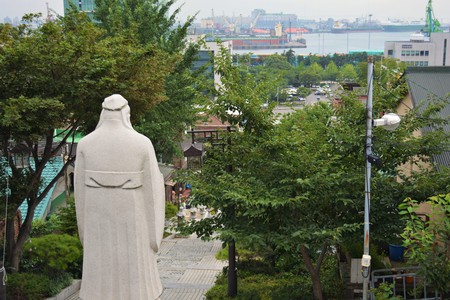 Stairs between Qing and Japanese settlements

This stone stairway was built during the Japanese colonial period to divide the Japanese concession established in 1883 and the Chinese concession established in 1884. Connected to Jayu Park, the steps offer views of the differing architectural styles on either side. A statue of Confucius, donated by the Chinese city of Qingdao, stands at the top, looking out at the port below.

Also located at the top of the stairs between the Qing and Japanese settlements is Samgukji Mural Street. This 150-meter-long stretch of road boasts a colorful display of murals glazed into tiles on the walls that border it. The murals portray significant moments from the Three Kingdoms Period.

The Korean-Chinese Cultural Center was built to facilitate mutual understanding between Korea and China by offering cultural awareness programs. Included among these are diverse performances, special exhibitions, Chinese cultural lectures and a Chinese cultural experience corner.

Established following the opening of Incheon port, Sinpo Market was once a spot where goods imported from China were traded. Nowadays, it’s filled with shops selling everyday products and with restaurants. This traditional market is particularly famous for dakgangjeong, or sweet and sour chicken.

Jjajangmyeon (black soy bean noodles) is undoubtedly one of Korea’s most favorite dishes, and is believed to have originated in Incheon’s Chinatown. The Jjajangmyeon Museum pays tribute to this classic cuisine, introducing its history, progress in development, and the influence and value it had on the country through a series of beautifully constructed exhibits. 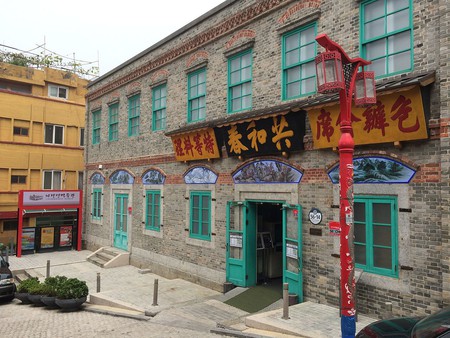 Of course no visit to Chinatown would be complete without sampling a big bowl of jjajangmyeon, and there’s no better place to do so than Gonghwachun, one of the biggest and most famous restaurants in the district. Head to this four-story restaurant and admire the eye-catching red lanterns and decorative fai chun while slurping up your black bean noodles. 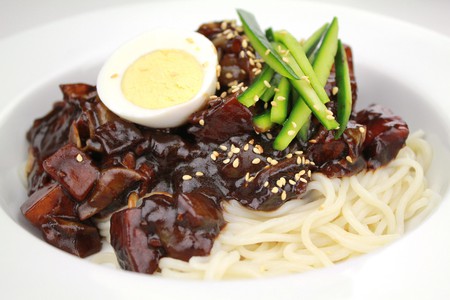 Named after the horseshoe-shaped dumplings made during Chinese New Year, Wonbo is most famous for its dumpling selection, which includes a mix of jumbo-sized, boiled, steamed, and fried varieties. Flavorful cuisine and generous portions make this a great spot for lunch.

Mooncakes, Chinese pastries traditionally eaten during the Mid-Autumn Festival, are the specialty at this famous Chinatown bakery. Choose from a selection of sweet and savory options, including red bean, mixed fruit, and green tea varieties, among others.

To get to Chinatown, take the Seoul subway to Incheon Station (Line 1). Go through exit 1 (the only exit). Look for the Chinese gate across the street to access Chinatown.