A Guide to Exploring Ulleungdo Island 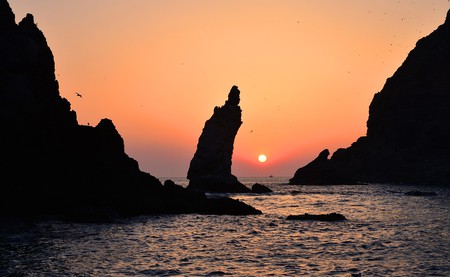 Off the coast of Ulleungdo Island | © kmmirr0 / Pixabay

Situated 120 kilometers off the eastern coast of South Korea, Ulleungdo Island is known for its peaceful blue waves, revitalizing mountain scenery and breathtaking sunsets. Although mostly devoid of historical landmarks and famous dining establishments, Ulleungdo offers up something even better – an opportunity to experience Korean island life and a chance to get away from it all. Follow our guide to get the most out of your trip to this “Mysterious Island.”

This shoreline, that snakes around the periphery of Ulleungdo, features steep cliffs and pebble beaches. There is, perhaps, no better way to experience the views of the island’s stunning scenery than by taking a walk along the Haengnam Coastal Walking Path. Take in stunning rock formations, walk through a lush forest and cross paths with fisherman dressed in wetsuits as you make the journey to the end, where the picturesque Haengnam Lighthouse awaits you. If you’re feeling really adventurous, go for a dip in the clear, blue waters, but do so at your own risk. 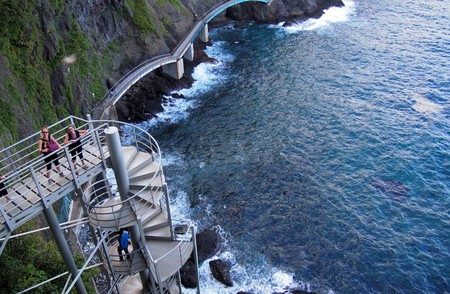 The three-tiered, 25-meter-tall Bongnae Waterfall is not only a beautiful sight to see, it’s also the main source of drinking water for the residents of the surrounding area. Worked up a sweat on your trek to the falls? Then check out the nearby Punghyeol, an attraction that many locals refer to as “Mother Nature’s air-conditioner.” During the peak of summer, cool, subterranean air blows from these rock openings, providing a refreshing stream of wind that cools off passersby.

The Nari Basin is a volcanic depression that lies in central Ulleungdo. Surrounded by rolling hills and punctuated by stalks of sunflowers, this rustic village appeals to visitors not only thanks to its natural beauty, but its tumakjip, traditional houses built with wood and soil. While many of the island’s residents earn a living in the fishing industry, those living in the Nari Basin farm medicinal plants. Sample the local produce at one of the area’s small but tasty restaurants. 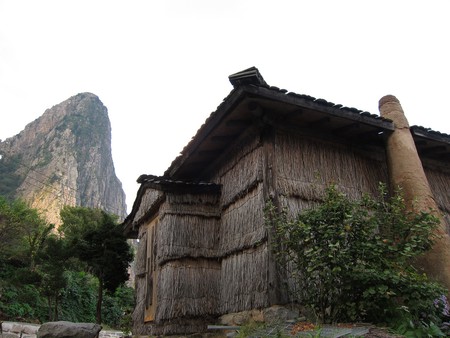 The Dokdo Island Observatory Cable Car, from which one can get a bird’s eye view of Ulleungdo Island, is a must-do on any visit to the island. Nestled within the Dodong Yaksu Park, the cable car transports visitors to Manghyangbong Peak where, on clear days, they can see as far as Dokdo Island, located some 92 kilometers away. Consider taking an early morning ride, and find yourself in awe of the impressive sunrise that illuminates the coastal skies.

Locals and visitors alike flock to 99 Sikdang to delight in fresh seafood dishes, including its famous ojingeo bulgogi, a spicy concoction of grilled squid – the island’s specialty – and vegetables. Taggaebibap, shellfish with rice, is another popular item worth trying. 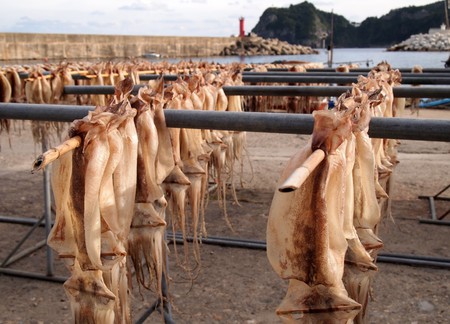 Ulleungdo is known for its tasty squid | © Mimsie Ladner

Characterized by cool summers and warm winters, Ulleungdo has a marine climate that is favorable for many medicinal herbs. As a result, the island is home to over 700 of them, which Ulleung Yakso Sutbul Garden makes use of in many of its dishes. It’s bulgogi (roast beef), for example, is made from cows that grazed on the island’s herbs, which are both fragrant and flavorful.

Grab a seat with a view of the shore, dig into a platter of raw fish and wash it down with ice cold soju at this charming hole-in-the-wall. Mr. Jeong (who speaks adequate English) and his brother serve up some of the freshest seafood on the island, catching it themselves every day on their morning dives. Located approximately 500 meters from the ferry terminal on the seaside walking trail, it’s easily accessible. 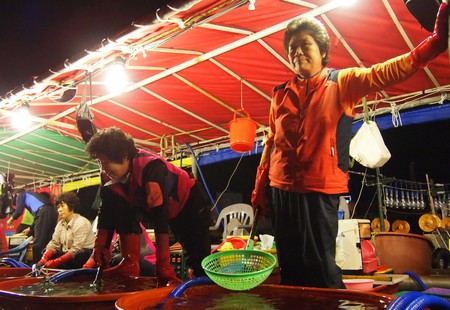 Situated within the tourist resort area in Hubakgol, Sadong-ri, the Ulleung Marina Tourist Hotel is nestled 150 meters above sea level, and 500 meters away from the sea. This location ensures that it is protected from strong winds. Here, guests can unwind and enjoy a relaxing walk in the nearby forest all year round. Furthermore, the hotel features Western and Korean restaurants, as well as a number of facilities, for added convenience.

Located just below Songgotsan Mountain in Chusan-ri, Buk-myeon, the Chusan Ilga Pension boasts a fascinating landscape of the Sea of Japan (known by Koreans as the East Sea), as well as unique rock formations such as Kokkiri Bawi, or Elephant Rock. 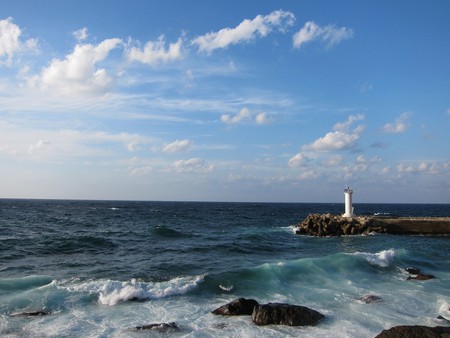 Punctual local buses link the two main towns of Dodong and Jeodong, and stop at popular attractions such as Bongnae Falls, Nari Basin and Gwaneum-do Island. Up-to-date bus schedules can be found at the tourist information booths in Dodong and Jeodong, as well as on the island’s City Hall website (in Korean). Bus fare is affordable, at about 1,500 SKW (1.50 USD) per ride. Be mindful that the buses do stop running much earlier than they do on mainland Korea.

It’s also possible to rent a car, though you may need some translation/interpretation assistance to do so. For a list of car rental businesses on the island, click here.