A Film-Lover's Guide to Busan 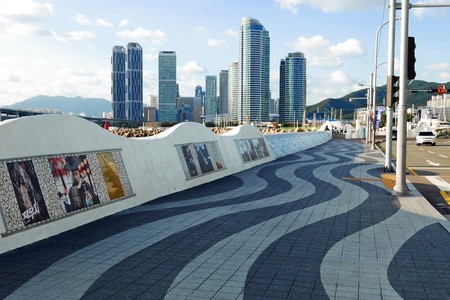 If you’re a cinephile, you’ll know about the Busan International Film Festival (BIFF). Held over eight days in October, BIFF is one of Asia’s biggest annual film festivals — 2017’s edition saw just under 193,000 ticket holders flock to screenings and events, screening films from 76 different countries. As well as BIFF, Korea’s film city has draws all year round; here’s our guide to Busan for those who love life through a lens. 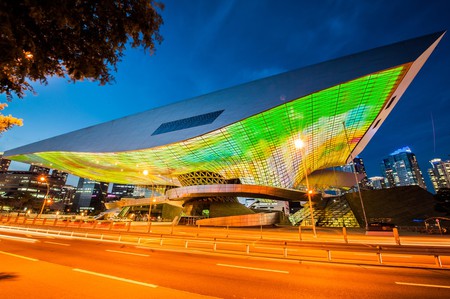 The home of Busan International Film Festival, the Busan Cinema Center, is located in Centum City (next to Shinsegae Centum City, which holds a Guinness world record as the largest department store in the world). It holds events year-round in its outside auditorium and has a number of movie theatres within its 150 million-dollar building. Tours are available, but it’s also worth going just for the movie-character sculpture selfies. At night, the building is illuminated, highlighting its unique architectural design. 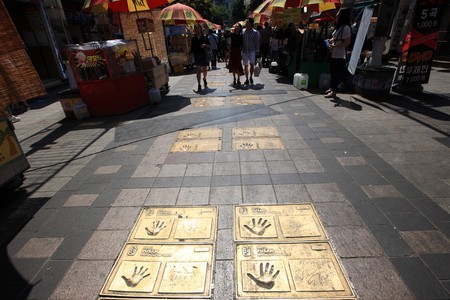 Set in the bustling downtown area of Nampo-dong, BIFF Square is Busan’s cinema district. Movie theatres jostle with shops, cafes and restaurants, and the area is famous for its street food. It’s divided into two sections, ‘Star Street’ and ‘Festival Street’. Don’t forget to look down — on the ground are hand prints from celebrities and film-makers including Jeremy Irons, Ennio Morricone and Juliette Binoche. BIFF Square is one of the best places to try ssiat hotteok, a sweet, deep-fried pancake filled with brown sugar syrup and chopped nuts. 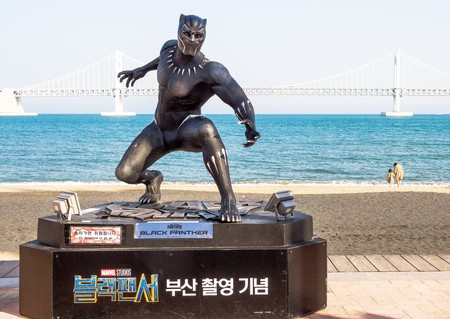 To Marvel fans, Busan may look familiar. The city was used as a location for the 2018 blockbuster movie Black Panther, and iconic buildings such as Gwangan Bridge made an appearance in the movie’s high-speed car chase. Channel your inner Wakandan and stroll through filming locations such as Jagalchi Market and Gwangalli seafront; don’t forget to take a selfie with the Black Panther statue on Gwangalli Beach! 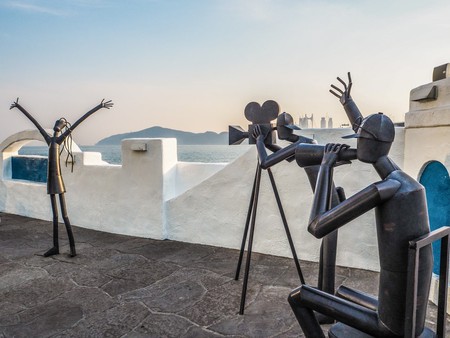 Want some seaside air? Head to Haeundae, where the seafront walk by Marine City is lined with film-related sculptures and images. There are also trick-art photo zones, film posters from Korean movies and a zone called Santorini Square, where a number of famous Korean actors and film-makers have left their hand prints. Free telescopes are set at intervals along the walk to provide a view of the ocean. The street is lit at night, so you can head down there any time you like. 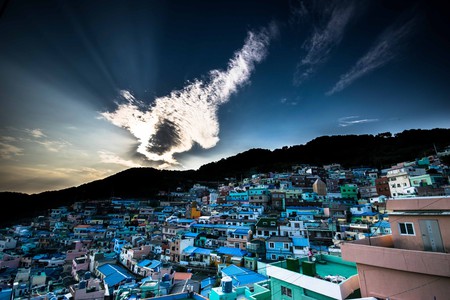 Korea’s second city has been used as a filming location for many films and TV shows, so there’s plenty of places for K-drama fans to check out. Dalmaji-gil Road’s romantic atmosphere has been used in a number of drama scenes, and it’s especially beautiful during cherry blossom season. Gukje Market was heavily used in the 2014 movie Ode To My Father, a drama film set during the Korean War. Gamcheon Culture Village was used in the popular reality show Running Man (which also featured Shinsegae Department Store) as well as in Marry Me, or Not?, the first Taiwanese drama to be filmed in Busan.