A Comprehensive Guide to Busan's Neighbourhoods 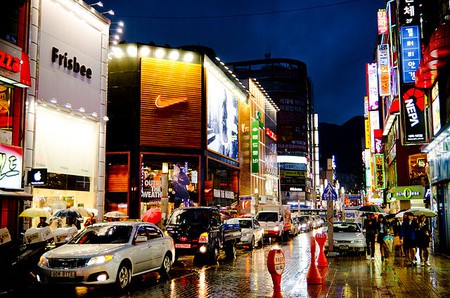 With over three and a half million inhabitants, Busan is Korea’s second largest city after Seoul. Its port is the ninth-busiest port in the world, and the city is historically important, both as a trading point with Japan and as South Korea’s temporary capital during the Korean War. It’s no surprise, therefore, that its neighbourhoods are many and varied. So where should you go, and what should you see? Here’s our guide to Busan’s main neighbourhoods.

Haeundae is Busan’s party area. Korean and international visitors flock to its beach and surrounding bars, and backpacker hostels and fancy hotels jostle for positioning. The area has many Western restaurants and caters well to non-Korean speakers — street food stalls in the market generally display prices in English, as do restaurants, cafés and bars. In the summer, many festivals are held on Haeundae Beach’s sunny sands. For something a little quieter, head east along the coast to Dalmaji Hill (full of art galleries, cafés, and a park with great views of the ocean) or Seongjeong Beach, the next beach along. Head west from Haeundae Beach to reach Dongbaek Park, an oceanfront walk and Marine City, Busan’s expat hotspot. As well as restaurants and residential buildings, Marine City is also home to Busan’s sailing club. Haeundae is popular with visitors, but be aware that it’s quite a long way from the city centre.

Close to Marine City, the Centum City area is one of Busan’s shopping havens. Shinsegae Centum City is a department store-cum-shopping mall which currently holds a Guinness World Record for being the largest department store on the planet. Also in this area are BEXCO, a conference and exhibition centre which regularly hosts interesting events, and the Busan Museum of Art, which has five floors of exhibitions and an outdoor sculpture park. The museum has free admission to all except selected special exhibitions. Nearby is Busan Cinema Centre, home to Busan International Film Festival each October and a popular venue for events all year round; as you might expect, it’s also a great place to see films in state-of-the-art style!

Much like Haeundae, Gwangalli Beach is a hotspot for bars, restaurants and sightseeing. It’s geared a little more towards the city’s residents than Haeundae, and is a popular dog-walking spot at weekends. There are numerous expat bars, and the area has a thriving craft beer scene. Gwangan Bridge is one of the city’s most famous landmarks, and is illuminated at night. Head north-east to the residential Millak, or south-west to Namcheon, a popular area for viewing cherry blossoms in early spring. Continue south-west to get to the Kyungsung University and Pukyong National University area, a youthful hangout full of cheap restaurants, bars and game arcades. Gwangalli is on the same subway line as Haeundae, but closer to the city centre. 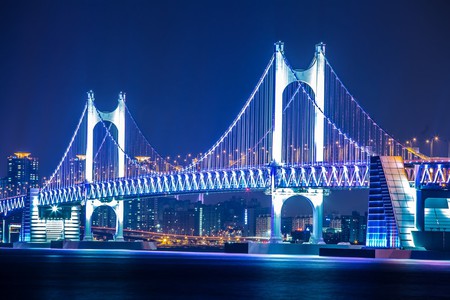 Seomyeon is often categorised as the ‘hipster area’ of Busan. It’s a good place to stay due to its central location and lively nightlife, but with a city-centre rather than a touristy vibe. Some of Busan’s trendiest clothing and accessory shops are to be found here, alongside beauty stores galore, restaurants, cafés, and bars, and young Busanites flock to the area at weekends and evenings. There are also a range of more high-end fashion boutiques, and the 11-storey Lotte Mall Busan. Some of Busan’s hippest hangouts are to be found on Seomyeon’s eastern side; in this area, one of the larger roads is named Jeonpo Café Street thanks to the sheer density of cafés on and around the road. Head north from Seomyeon Station to reach Busan Citizens’ Park, a popular recreation spot for the city’s residents.

The area around Busan Station used to be the city’s main trading port. Merchandise from Japan and China entered Korea here, hence the growth of Busan’s historical Chinatown just behind the station building. It’s still a very international area – as well as Chinese restaurants and shops, you can also find a number of Russian, Uzbek and Filipino businesses which have sprung up more recently. It’s not a particularly high-end area but can be interesting; there’s a large underground mall and plenty of bars and restaurants dotted around. Busan Station itself is a major transport hub for destinations all over South Korea.

The streets of Nampo-dong are busy and varied. This area contains many tourist highlights, including Jagalchi Fish Market — the largest market of its kind in Korea — BIFF Square and Busan Tower. BIFF Square was the original home of Busan International Film Festival (BIFF), which has since moved to a new purpose-built location at Busan Cinema Centre. The square is now a must-visit for its street food, and stalls sell snacks including sizzling ssiat hotteok, spicy tteokbokki, and fresh fish cakes cooked in eomukguk, or fish cake soup. Built in 1973, Busan Tower stands 120 metres high and provides a fabulous view of the city; although there’s an entrance fee to climb the tower itself, it’s built on a hill so it’s still worth ascending to the tower’s base and looking out from the vantage point of Yeongdusan Park. Escalators are installed on the way up to make the climb a little easier. Head north from Nampo-dong and you’ll reach the historic Bosu-dong Book Street. 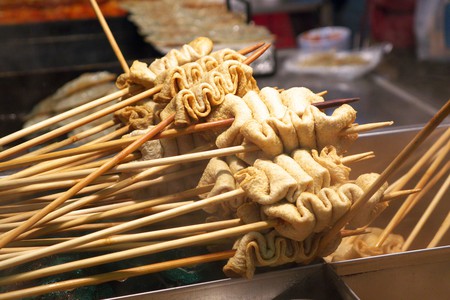 The area around Pusan National University, often shortened to PNU, is a downtown area good for bars, cheap restaurants and nightlife. Some of the city’s best live music venues are to be found here, such as Someday and long-running expat haunt The Basement. It’s easy to get to most city-centre attractions from here, although it takes a while to get to further-out destinations such as Haeundae.

A surprisingly lively area, Sasang has nightlife in the form of bars and restaurants (although none are especially late-night), and lots of hotels and motels due to its proximity to Gimhae International Airport. It’s a good base from which to explore both Busan and Gimhae, and has some nice walks around. The riverside Ecological Park is home to lots of small wildlife species and a good spot for walking; it’s also a quieter place for cherry-blossom spotting in early spring.

A predominately residential area, Yeongdo is reachable by bus from city centre locations. Its transport system means that it’s not the best area to stay if you’re visiting the city and planning to do lots of sightseeing, but it’s a good location for a quiet retreat. It’s closest to Nampo-dong and Busan Station.