South Korea’s modern history is marked by turbulent changes that have shaped its national psyche. From Japanese occupation to the Korean War which tore the nation apart, and the democratic uprisings of the 1980s, those national events have shaped a generation of writers. We look at ten of the most important modern Korean novelists and poets whose works reflect the turbulence of 20th-century Korea.

Born in 1931, Park Wan-suh experience firsthand the horrors of the Korean War, which turned her world upside down as her university education was interrupted and her family separated. It was not until the 1970s that Park embarked on a literary career in earnest. Her first work Namok (The Naked Tree) was published in 1970. Many of Park’s works including The Naked Tree and Who Ate Up All the Shinga deal with the trauma of war, especially its tragic effect on family relations. These historical events are distilled through Park’s female perspective to show the devastating nature of war not only on the dead, but also on the living, especially the women who endured uncertainty and extreme hardships. In more recent works, Park delved into the plight of women in a post-war Korea that remains strictly patriarchal. 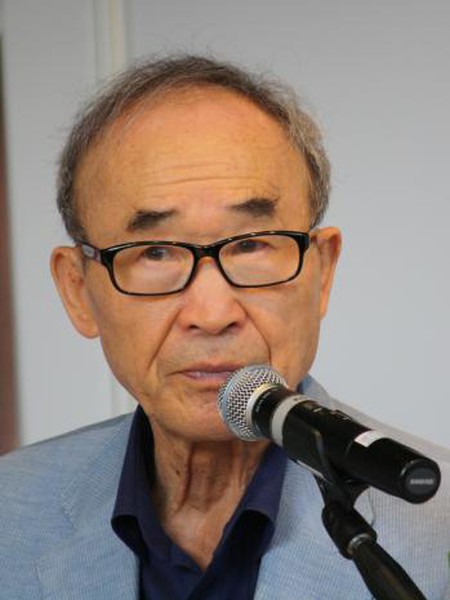 Buddhist monk, democracy activist and poet, Ko Un has donned many hats in his long career. Arguably Korea’s greatest living writer, Ko Un was born in 1933 and thus personally experienced the horrors of the Korean War which devastated the country, throwing it into turmoil and resulting in occupation and ultimately rupture. Having witnessed the brutality of the war, for ten years, from 1952 in the midst of the civil war, until 1962, Ko renounced the world and entered a Buddhist monastery. During this time, Ko published his first volume of poetry. Four years later, he re-entered the world. As an active participant in the democracy movements of the 1970s, Ko spent several years in prison for his political opposition. Throughout this period, Ko continued to write and publish his poems, many of which have now been translated into English. Ko’s poetry, grounded in the Modernist tradition, is marked by a sense of vitality and dynamism. In works like Ten Thousand Lives, Ko gives voice to the many individuals who have passed through his life. Popular speech and traditional poetic form meld, bringing to life these characters. Other volumes by Ko include The Sound of My Waves: Selected Poems 1960-1990, Abiding Places, Korea North & South and Songs for Tomorrow: A Collection of Poems 1961-2001. 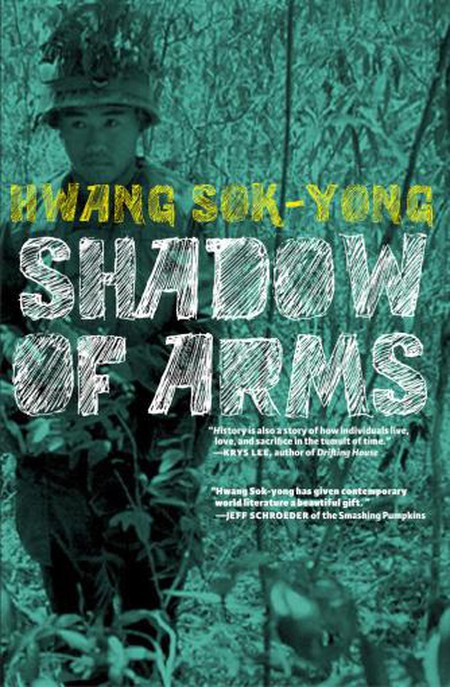 Dissident and rights activist, Hwang Sok-young was born in 1943 in Japanese-occupied north China, then known as Manchukuo. A formative experience for Hwang came in 1966 as he was sent to Vietnam to take part in the American war effort. During this time, Hwang witnessed the horrors of war, which formed the basis of his first published work The Pagoda in 1970 as well as The Shadow of Arms in 1985. Throughout the 1970s and 1980s, Hwang published collections of works that paralleled his political activities. An activist against the dictatorship of Park Chung-hee, Hwang took part in the democratic Gwangju Uprising. Having been jailed in 1993 for ‘breach of national security’ following a stint in North Korea meeting with North Korean writers, Hwang was released in 1998 and continued his literary output with The Old Garden, about the turbulence of the 1980s in Korea, and The Guest, about the deep trauma and collective amnesia resulting from the division of Korea.

Born in Seoul in 1947, Oh has won both the Yi Sang and the Dong-In Literary Awards and is at the forefront of establishing the success of women writers in Korea. The world that Oh depicts is dark and bleak, where the grim landscape of life opens ups to reveal no glimmer of hope or redemption. Death, instead of bringing welcome relief, only continues the horror. Several of Oh’s works have been translated into English, including River of Fire which is a collection of short stories united by a common thread of the world seen from the perspective of their alienated, isolated female protagonists. The collection of stories includes Oh’s first published work, The Toy Shop Woman. Another translated collection of Oh’s works is Chinatown.

Ch’oe Yun, born in 1953, is one of Korea’s most recognized writers whose works consider historical and political events that have shaped the course of contemporary Korea. The Gwangju Massacre of 1980 in which a popular uprising was violently quashed by the military under the authoritarian regime of Chun Doo-hwan features in Yun’s works, as do the dissident movements of the 1980s as Korea made the transition from dictatorship towards democratic rule. Works by Yun include There a Petal Silently Falls, Gray Snowman, and The Last of Hanako which explores gender roles and biases in South Korea’s patriarchal society. 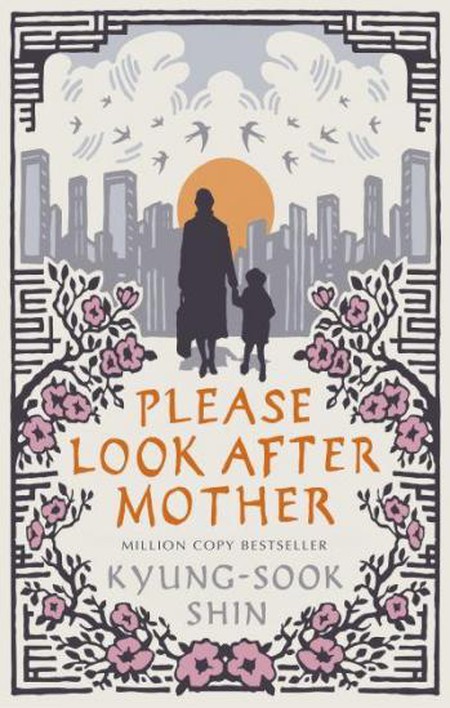 Shin Kyung-sook became the first Korean writer to win the Man Asian Literary Prize in 2012 for her novel Please Look After Mother. In Korea, Shin is amongst the most highly regarded contemporary writers, and she has won major literary prizes including the Manhae Literature Prize, the Dong-In Literary Award and the Yi Sang Literary Prize. Her prose is especially prized for its focus on exploring the psychological depths of the human mind. Please Look After Mother is Shin’s first work to be available in English. The novel’s plot is driven by a void, an absence that deeply unsettles the peripheral figures as they confront their own selfishness and hard-heartedness. The novel is driven by the guilt of those closest to ‘Mother’, the saintly, sacrificial old woman who has gone missing in the center of Seoul. Alternating in perspective, from first to second to third person, the novel veers from near accusatory to reflective and explores themes of family in the midst of South Korea’s rapid urbanization and modernization of the past decade. 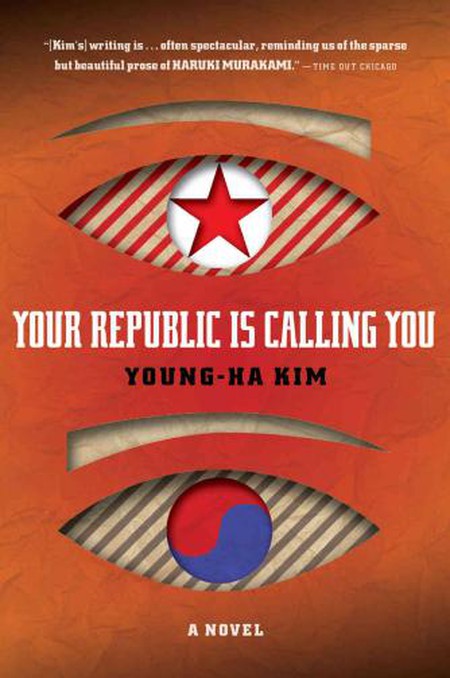 Your Republic Is Calling You by Kim Young-ha | © Mariner Books

Whether delving into noirish detective stories (Photo Shop Murder) or fictionalized history, Kim Young-ha keeps the reader captivated by his delightful wit and deadpan style. Often compared to Franz Kafka, Kim’s existential works undercut the normality of everyday life, drawing our attention to the absurdity of quotidian realities. In the short story Whatever Happened to the Guy Stuck in the Elevator?, for instance, Kim weaves a story of a hapless protagonist whose day starts out badly – his razor breaks halfway through his shave and the elevator breaks down – then grows increasingly, absurdly worse. By the end of the day, safely back in his flat having weathered a man stuck in the elevator, a bus crash, harassment accusations, being stuck in an elevator himself, and a presentation gone wrong, the unfortunate protagonist finds that there’s no hot water and he can’t stop thinking about the man stuck in the elevator. Kim has garnered acclaim for his works. In 2004, he won all three of Korea’s major literary awards: the Dong-In Literary Award for Black Flower, the Yi Sang Literary Award for The Brother is Black and Hwang Sun-won Literature Award for Treasure Ship. Kim’s works that have been translated into English include Photo Shop Murder, Your Republic is Calling You and I Have the Right to Destroy Myself.

Considered a part of Korea’s new generation of writers born in the 1960s whose formative years paralleled South Korea’s transition towards democracy, a recurring theme in Kim In-suk’s works is her focus on the experience of Koreans living abroad. To date, her only work published in English is The Long Road, which explores the diasporic experiences of Korean expatriates living in Australia. The characters reflect on their former life in Korea, the reasons for their leaving and their existence in their adopted country, isolated, alienated and adrift. In 2003, Kim In-suk won the Yi Sang Literature Prize for Ocean and Butterfly, one of the most prestigious in the country. 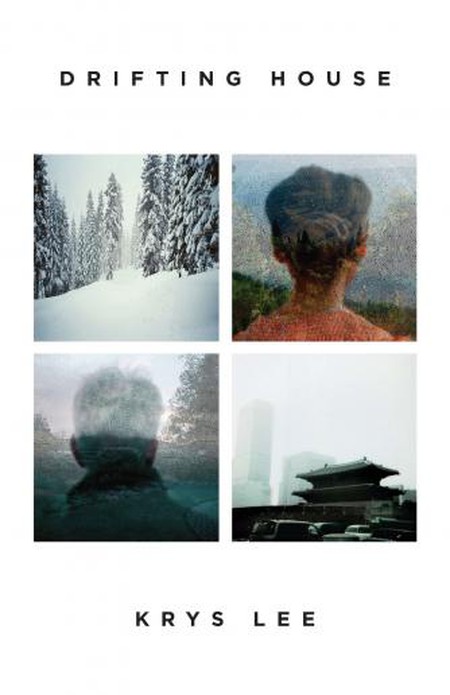 Born in Seoul, Krys Lee grew up in the US and now lives in Seoul. In her debut collection of short stories Drifting House, her characters traverse national boundaries physically and emotionally, yet find themselves adrift, part of nowhere and nothing. Loneliness is pervasive in the lives of the characters. Lee reveals the true depths of humanity unmoored and directionless, struggling to survive in a bleak and broken world. Rather than offering protection against the world, families fractured by Korea’s political turbulence turn inwards to rip each other apart in their unhappiness with tragic consequences. The brutal world that Lee depicts in Drifting House is all too real and recognizable. She smacks the reader in the face with her unsentimental honesty, tearing down any remnants of illusory optimism about the world we live in.

Born in 1980, Yun Ko-eun is part of a younger generation of writers whose childhood coincided with South Korea’s transition to full democracy and whose works reflect the landscape of contemporary Korea. In Yun Ko-eun’s works, the real and the unreal blur together, as the strange and absurd breaks into the quotidian lives of utterly ordinary people, pushing them out of their comfortable conventions. With a Murakami-esque sense, Yun’s world is unstable, and the normal and abnormal sit side by side and sometimes collide. Through her protagonists who find themselves trapped in both gently unsettling and increasingly bewildering situations, Yun reveals the various idiosyncrasies of contemporary society. Yun’s published works include The Zero G Syndrome and Table For One.