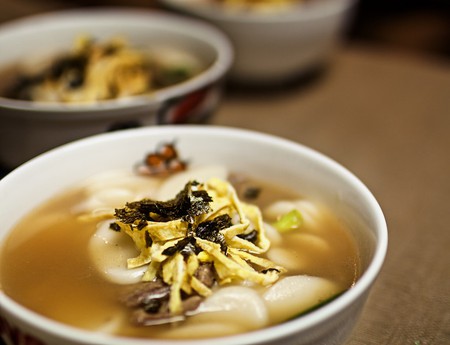 Tteokguk, a savory soup made typically made with a meat stock and rice cakes, is a staple in Korean cuisine. Not only is it a hearty and delicious treat on cold days, but it is also symbolic, as it plays an important role in Korean customs and traditions that date back hundreds of years. Grab your spoon and get ready to dig in to the history of this symbolic dish. 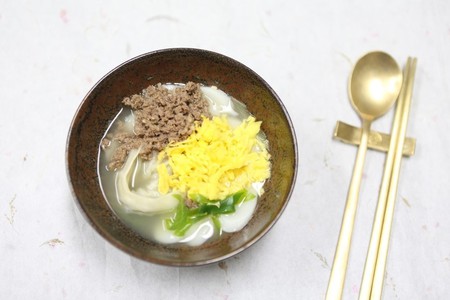 Tteokmanduguk is a twist on the original dish, and includes meat-filled dumplings. | © Bang Sinae / WikiCommons

The first references to tteok, or rice cakes, appear in a number of books about wars involving China and Korea that took place between 480 B.C. and 222 B.C. One account describes rice being washed, then pounded into a powder and mixed with water before being shaped into small patties to be steamed. Often used as a ceremonial food, tteok was at this time often mixed with flowers to add color and herbs to provide medicinal benefits.

Although it’s not certain when Koreans started to incorporate rice cakes into a soup, the dish is mentioned in the 19th-century book of customs, Dongguksesigi. While the ingredients and taste of tteokguk vary by region, the broth is generally made by simmering a protein (beef, chicken, pork, or the more traditional pheasant) in a soy sauce-seasoned stock. The stock is then strained to clarify the broth, and long cylinder-shaped rice cakes are added to and boiled in the clear broth. Garnish such as pan-fried, julienned egg, seaweed, and spring onions are added for flavor. 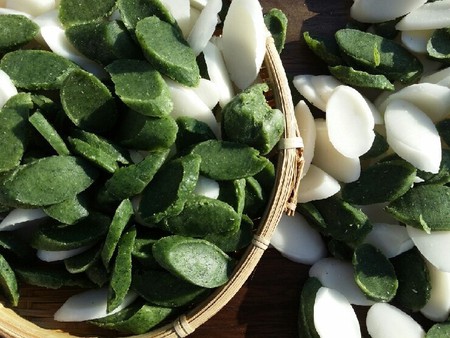 Varieties of tteokguk include manduguk, which includes dumplings and is especially common in Seoul, and jogaengi tteokguk, a soup that has its roots in Gaeseong, North Korea and consists of gourd-shaped rice cakes.

One bowl, one year older

Traditionally, rice cakes were not commonly consumed, since rice – like meat – was often scarce in the past. Therefore, Koreans typically only ate these hard-to-come-by and often expensive foods on special occasions such as birthdays and holidays. In this regard, tteokguk came to represent the greatest of culinary treats. Subsequently, Koreans began to enjoy the soup on Seollal (Lunar New Year), and the custom is still practiced today.

Perhaps the most important holiday in Korea, Seollal is a time when family members come together to share their blessings and perform ancestral rites such as charye, a traditional ceremony in which various foods such as tteokguk are prepared as an offering to the family’s ancestors. 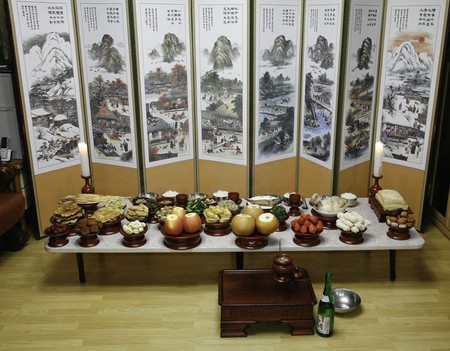 Tteokguk is also consumed on this holiday due to its ingredients’ symbolic importance. The white tteok, for example, signifies purity and cleanliness – a fresh start for the new year. The round, coin-like shape of the rice cakes, meanwhile, which resembles Korea’s old coin currency, yeopjeon, is believed to symbolize prosperity.

Another important event that happens on Seollal is that one year is added to each individual’s age. It is said that one cannot become a year older until they have had a bowl of tteokguk. It’s not uncommon for children to ask for extra servings of the soup in hopes of becoming older more quickly. This custom is so wide-spread, in fact, that many Koreans often use the expression, “How many bowls of tteokguk have you eaten?” to ask a person’s age.

Although rice cakes can be purchased from just about every market today, and tteokguk is now consumed year-round, the dish will no doubt continue to play an important role in South Korea’s traditions for many years to come.