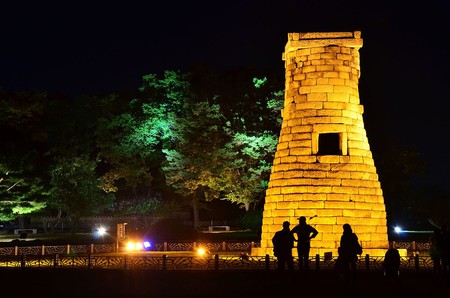 Nestled in the heart of Gyeongju, the capital of the former Silla Kingdom, Cheomseongdae may not appear to be a monumental landmark. But this observatory tower that dates back to the seventh century is actually the oldest existing astronomical observatory in all of East Asia. Although its history is somewhat ambiguous, the tower stands tall as a symbol of the city’s scientific influence on ancient Korea.

According to the 13th-century Samguk Yusa text – a collection of legends, folktales, and historical accounts relating to the Three Kingdoms of Korea – Cheomseongdae was constructed in the early years of the reign of Queen Seondeok (632-647 CE). This period of time was just a few decades before the Silla Kingdom reached the peak of its prosperity and dominated the entire Korean peninsula. 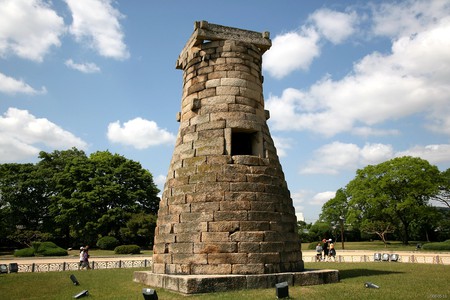 The capital of Gyeongju was already thriving as a scientific hub, particularly in the fields of astronomy and astrology. These areas of study were an important part of daily life in ancient times, dominating agriculture as well as activities such as granting divine authority to sovereign leaders. The practice of observation was also highly regarded during the Silla Kingdom, and scientists of the time drew up comprehensive star charts, utilizing observatories like Cheomseongdae.

In fact, the effect of the cosmos on human affairs was so significant in Korean culture at that time that it is believed that Cheomseongdae (which literally translates to “reverently regarding the stars platform”) was the cynosure of an influential scientific district. 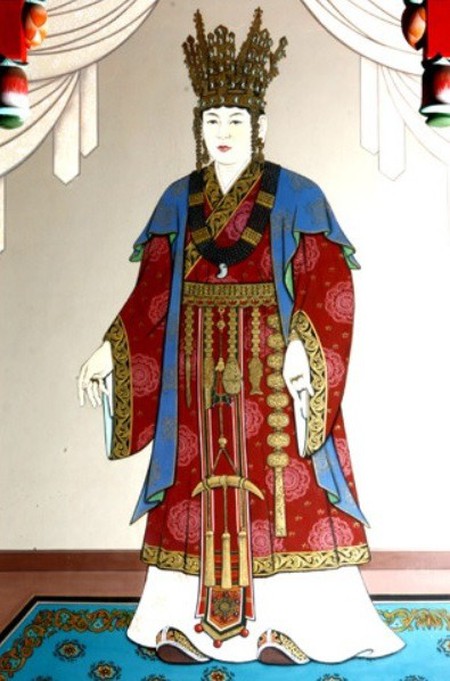 Queen Seondeok of the Silla Kingdom

Other, though less plausible, theories that emerged in the 1960s suggest that the tower was designed as a place of worship of Buddhism, the state religion at the time, or as a monument to the Mesopotamian goddess Ishtar, who may have been worshiped by Queen Seondeok. Some even suggest that because the tower’s design mimics the female form, it could have been a temple dedicated to Queen Seondeok herself. But without any conclusive evidence to support these assumptions, most academics agree that Cheomseongdae was, indeed, an observatory.

In addition, the tower was used in the same way as a sundial to tell time, and may have been topped with an armillary sphere, a model of objects in the sky. The pavilion stone is also believed to have been used as a standard of deciding directions and to determine occurrences such as the spring and autumn equinoxes, and summer and winter solstices.

The nine-meter-tall granite observatory tower was built using approximately 362 (or 365, as the exact number is debatable) large stone rectangular blocks in a circular arrangement of 27 levels. Historians believe that these numbers represent the number of days in a year and the number of Silla monarchs at the time (Queen Seondeok was the 27th), respectively. Additionally, Cheomseongdae’s south-facing window is situated so that there are 12 layers of bricks above and below it, which call to mind the 12 months and the 24 solar terms. 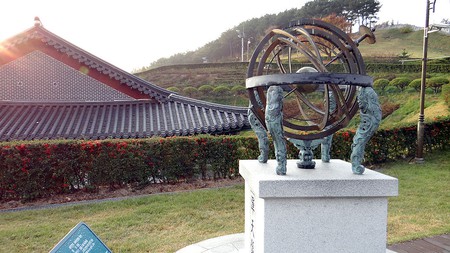 Cheomseongdae was designated as National Treasure No. 31 on December 20, 1962. Today, the stone structure remains a popular tourist destination and an icon of Gyeongju’s significance and influence as a powerful capital in ancient Korea.