9 Things to See and Do in Gyeongju, Korea’s 'Museum Without Walls' 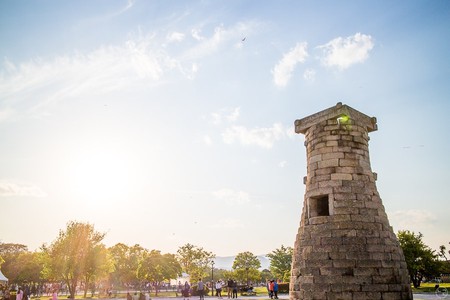 Situated near the southeastern coast of South Korea, the city of Gyeongju was the capital of the Silla Kingdom from 57 BC to AD 935 – the longest period of any dynasty in the history of the country. Often touted as the nation’s ‘museum without walls,’ the city is teeming with stunning architectural structures, ancient artifacts, and thousand-year-old temples. Whether you’re a history buff, foodie, or culture vulture, here are the top things you should see and do during your visit to Gyeongju.

A good place to start your trip and familiarize yourself with the history of the city and the Silla Kingdom is the Gyeongju National Museum. The must-visit attraction houses some 30,000 archeological artifacts and art works that have been unearthed over the years from various sites around Gyeongju.

Not to be missed are the Wolji Hall, which exhibits everyday items excavated from the Wolji Pond, and the outdoor exhibition area which spotlights the Divine Bell of Great King Seongdeok the Great and the Goseonsaji Stone Pagoda. 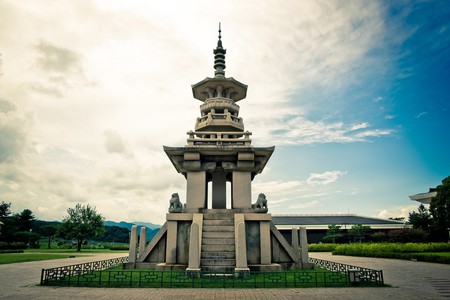 Zen out at Bulguksa Temple

Buddhism, which the Silla Kingdom adopted in the sixth century, helped strengthen the royal power and unite the citizens. It also left behind countless cultural heritages with the UNESCO World Cultural Heritage site of Bulguksa Temple being the most awe-inspiring of them all.

Built in 751 AD, Bulguksa is an integration of the remarkable craftsmanship and art of the eighth century, and beautifully showcases the rich Buddhist culture of the Unified Silla period. It is comprised of a multitude of national treasures, the most important being the Dabotap and Seokgatap pagodas near Daeungjeon, or the main hall.

The former is an unusually ornate, three-tier stone pagoda adorned with chilbo (Korean enamel) and illustrates the brilliancy of Silla masonry. The latter is simpler in design but displays perfect symmetry and balance, and once contained in its interior what is believed to be the world’s oldest woodblock print. 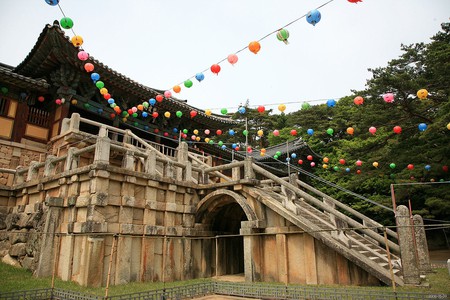 Get spiritual at Seokguram Grotto

From Bulguksa, you can take a short bus ride (or a long-ish hike) to Seokguram Grotto. Situated atop Tohamsan Mountain, Seokguram is a man-made cave temple, and features a majestic granite statue of Buddha that dates back to 751 AD and is considered to be one of the most remarkable Asian Buddhist artworks in existence.

Because Korea is made up of solid granite mountains, the construction of cave temples like those in India and China was nearly impossible at the time of Seokguram’s establishment. Therefore, new construction techniques had to be developed to build it. More than 360 enormous blocks of granite were used in its construction, while lead fasteners were incorporated between the stones and were meticulously carved to support the weight of the blocks.

Travel back in time at Daereungwon Tumuli Park

Take a stroll through downtown Gyeongju and you’ll immediately spot the eye-catching collection of giant tumuli, or burial mounds. These verdant, beautifully-manicured tombs punctuate the city, but are most concentrated at Daereungwon Tumuli Park.

Here, visitors can wander among more than 20 tombs including the Chunmachong Ancient Tomb. The tomb, which was excavated in 1973, is open for display and is comprised of a wooden coffin inside an underground chamber mounded with boulders and earth, representative of the typical upper-class tombs of the Silla period. A total of 11,526 artifacts were discovered here and replicas of these items are exhibited in the tomb.

Known as Anapji Pond during the Goryeo and Joseon periods, Wolji Pond was once part of the Gyeongju Donggung Palace, a secondary palace site of the Crown Prince. Following the fall of Silla, the site was abandoned and fell into ruin until the 1980s, when fragments of pottery were found displaying the word ‘Wolji’ (meaning ‘a pond that reflects the moon’).

The attraction is particularly breathtaking in the evening when it is spectacularly illuminated, and its true beauty is revealed. We recommend purchasing tickets a few hours ahead of your visit to avoid the evening lines, as many tourists visit for the night views. 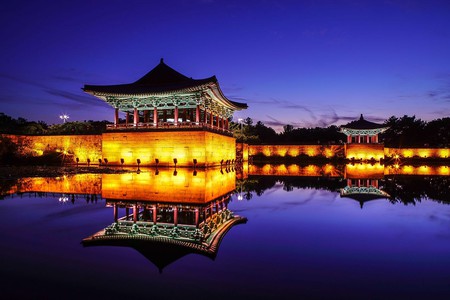 Get your nom on

Gyeongju is famous for ssambap, an enormous spread of at least a dozen banchan (side dishes), sauces, meat, and rice that can be wrapped up in various greens such as lettuce, perilla leaves, and steamed cabbage. It’s perfect for groups of people with different tastes, as the meal offers something for everyone. Enjoy it at one of the restaurants in Ssambap Alley near the southeastern corner of Tumuli Park.

For dessert, don’t pass up the chance to try Hwangnam bread, a small pastry with a filling of red bean paste. First made in Gyeongju in 1939, the sweet treat can be found in many shops in the downtown area including the famous Hwangnam Bbang bakery near Daereung-won. 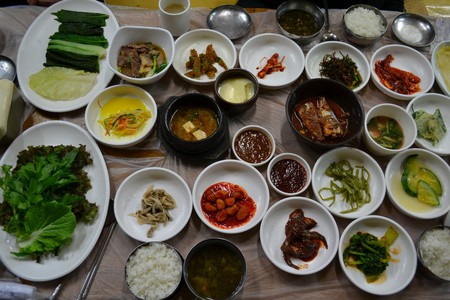 Locally-made crafts such as Silla-style earthenware, ceramic figurines, and silver cup and golden crown replicas are all representative of Gyeongju’s rich history and make for excellent souvenirs.

One of the best places to shop for these items is the Gyeongju Folk Craft Village, a complex of some 45 traditional Korean houses resided in by local artisans. Each deals in a different kind of traditional craft ranging from metal and pottery to jewelry and hanbok (Korean clothing). In addition to purchasing souvenirs, visitors can watch the craftsmen at work and even participate in a variety of hands-on programs. 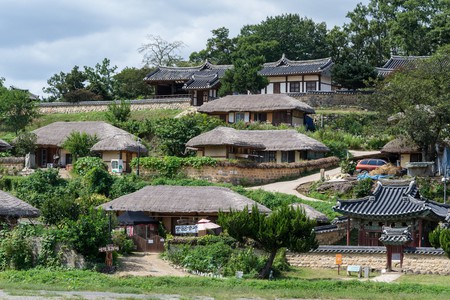 Nestled in the heart of Gyeongju, Cheomseongdae may not seem to be extraordinary on first impression. But this unassuming structure dates back to the seventh century and is the oldest existing astronomical observatory in all of East Asia.

Although its history is somewhat ambiguous, the tower stands as a symbol of Gyeongju’s scientific influence on ancient Korea and is a quick and easy pitstop during your exploration of the city’s historic sites. 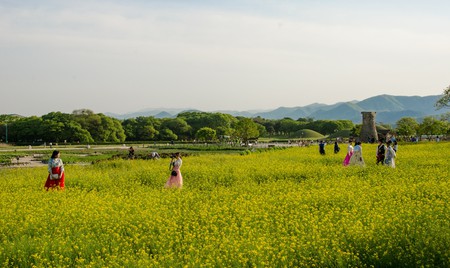 Brewed for generations by the Choi family clan in Gyo-dong, Gyeongju, Gyodong beopju is a kind of cheongju (clear rice wine) and its name means ‘law liquor’, as it’s made following a fixed procedure. Young-shin Bae, a master distiller of the liquor, was designated as an Intangible Cultural Asset in 1986 and has since passed on her skills and knowledge to her son, who continues to make beopju today.

Due to the nature of alcoholic beverages brewed from grains, the yellowish spirit leaves a unique, sweet flavor on the tip of the tongue and a rich aroma. The base wine is brewed and then matured through a second fermentation process. Beopju takes about 100 days to brew and is generally sold after it has been fermented over a year. Try a shot of it or purchase a bottle to share with your friends back home.