7 Non-Touristy Things to Do in South Korea 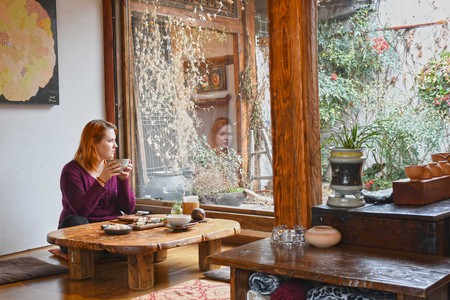 South Korea is one of the most intriguing travel destinations as it often stands in the shadows of its two neighbors, China and Japan. However, the land of the morning calm should be high up on your travel bucket list – and not only because of the upcoming Winter Olympics in Pyeongchang in 2018. When you go, dive deep into Korean culture with these non-touristy things to do in South Korea.

Chances are, you start your journey in Seoul. The Korean capital is a melting pot of tradition and modernity with old temples and palaces standing next to futuristic exhibition halls and museums. If you want to understand Koreans, the first step is to dress accordingly. Rent a Korean hanbok and you will not only feel more like a local, but you will also have free access to cultural sites, such as the palaces and temples in the city. 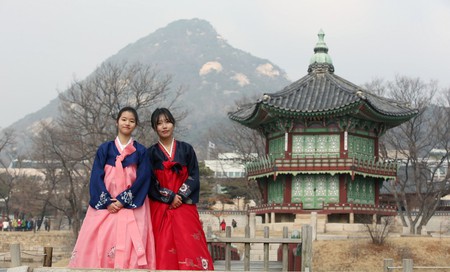 Jeonju is one of the most interesting cities to visit in South Korea. The old town is filled with hundreds of traditional Korean houses, called hanok. Koreans love to keep their traditions alive and have declared Jeonju their cultural capital. In fact, the city houses a large cultural center where visitors have the chance to try out traditional Korean games such as the board game Yut Nori or Tuho, a game where players throw sticks from a set distance into a canister.

Koreans love their bathhouses and it’s not uncommon to spend an entire day soaking in a variety of healing waters. One of Korea’s best bathhouses is located in the country’s second largest city of Busan in the south of the country. The coastal city is known for its beach vibe, seafood and natural springs. Busan’s SpaLand is an upscale version of the common Korean jjimjilbang (bathhouses) but absolutely affordable with admissions ranging from ₩12,000 ($10.50) on weekdays to ₩14,000 ($12.25) on weekends.

Most tourists in Seoul visit Bukchon Hanok Village with its old Korean houses and lovely shops. However, there is a neighborhood in Seoul that is far more traditional and hip featuring intriguing hanok teahouses, artist cafés and vintage shops. The neighborhood of Ikseondong was saved destruction by its faithful locals who have turned the area into a haven for art lovers, indie music fans and those interested in Korean traditional architecture.

While most tourists enjoy the wide selection of Korean dishes when traveling the country, rarely do they learn how to prepare a Korean meal. Korean food is a vital part of the country’s culture and history, which is why a Korean cooking class is a fantastic opportunity to get in touch with Korean mentality. There are multiple restaurants and cooking schools offering English cooking classes to expats and foreign visitors.

If you have the chance to attend a local festival while in South Korea, do it! One of the most interesting and fun festivals to take part in is the mud fest in Boryeong. While it might seem like a bizarre idea, countless locals and foreigners get together in the middle of July every year to get dirty. If mud wrestling, mud sliding or relaxing in a mega mud tub sounds appealing to you, this is the place to go.

While temples are not a rare sight in South Korea, Tapsa Temple at the foot of Maisan Mountain in North Jeolla Province is so unknown that not even many Koreans know about it. The temple features more than 80 man-made stone pagodas that are said to have created an electromagnetic powerhouse. It is believed that if you make a wish and place a pebble on one of the pagodas, it will come true. 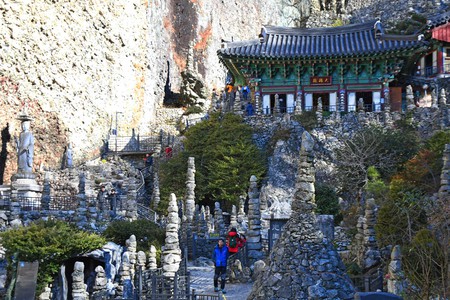 Want more? Check out our previous guide for unusual things to do specifically in Seoul.