Traditional Korean Houses You Can Actually Stay In 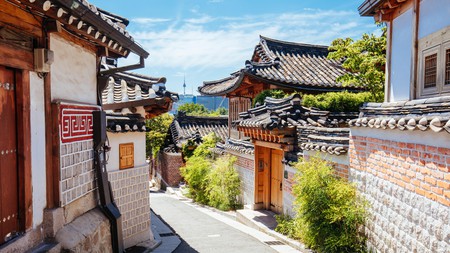 Perhaps there’s no better way to experience Korean culture than staying in a traditional house such as a hanok or choga, whether in the heart of Seoul or amid the natural wonders of Jeju Island.

While many of these homes – some of which are up to a century-old – have been renovated, they still retain classic Korean architectural styles and historical value, making them a unique accommodation option. Most are private residences or have been converted into museums or restaurants, but here are a few you can actually stay in, bookable on Culture Trip. 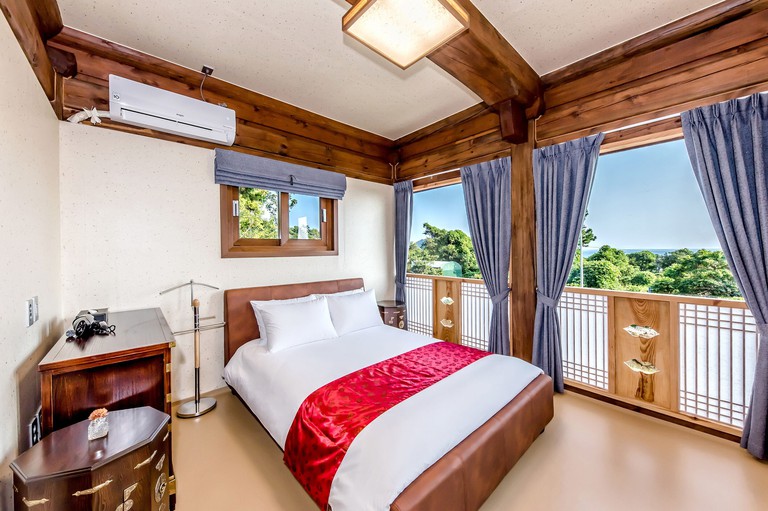 Courtesy of Halla Gung Hotel / Expedia
View Rooms
A grander version of the typical single-storey hanok, this coastal hotel stands tall in Jeju Island‘s Seogwipo City. Book a double room with a balcony to stare out at the turquoise waves. There’s a shared kitchen for making snacks, but make sure to dine out at least once at the nearby Sin Dragon Hardwood Charcoal Ribs, an authentic barbecue restaurant that serves up mouthwatering meat for you to grill up at your table.
More info 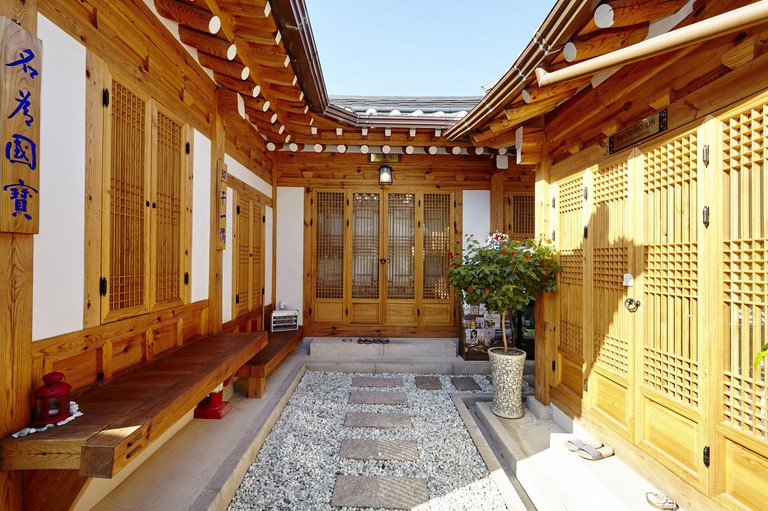 Courtesy of Hanok 24 Guesthouse Gyeongbokgung / Expedia
View Rooms
Expect a warm and friendly welcome at this guesthouse with Korean- and English-speaking staff. The decor is kept minimal to highlight the building’s traditional architecture – all rustic wooden beams and large picture windows. Nestled in the Seochon neighbourhood – translating to West Village because it’s just west of Gyeongbokgung Palace – it’s surrounded by other quaint hanok as well as clusters of independent boutiques and teeny-tiny cafés.
More info 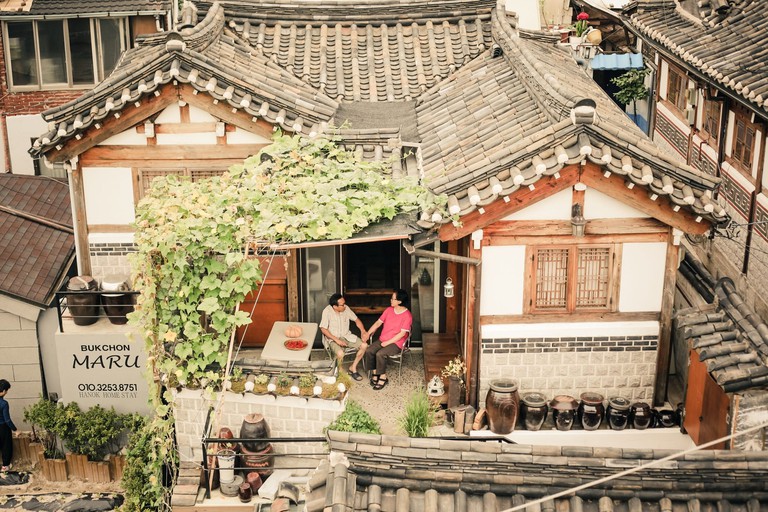 Courtesy of Bukchonmaru Hanok Guesthouse / Expedia
View Rooms
Admire walls and doors covered in intricately made hanji (Korean papercraft) at this Instagram-worthy guesthouse. Having been run by the same family for 30 years, it has an ambience that’s even warmer than the cosy ondol heated floor system. You’ll be served a Korean-style breakfast in the morning to set you up for days checking out modern art at the nearby MMCA museum. Learn more about Korean customs by asking to see the owner’s colourful collection of hanbok (traditional clothing).
More info 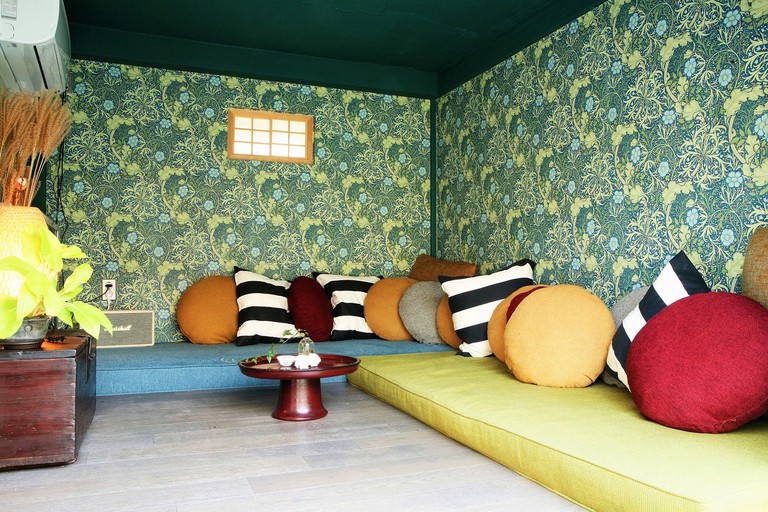 Courtesy of NagNe House Boutique Hanok / Expedia
View Rooms
If you’re hoping to experience a hanok homestay experience on a budget, head to this affordable guesthouse. A 200-year-old building updated with clean and contemporary bathrooms, it has a minimalist interior that leads out to a bamboo-trimmed Zen garden designed to evoke Jeju Island. The airport bus stop is just a few metres from the front door, so you can drop your bags and head out to explore as soon as you arrive.
More info 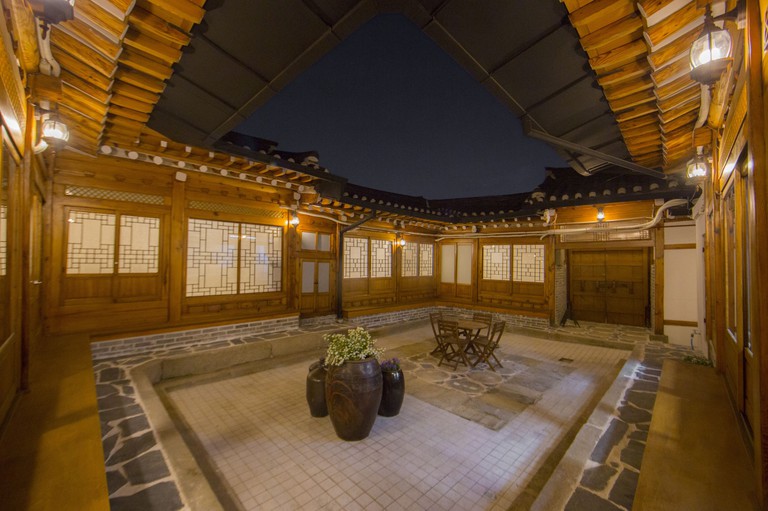 Courtesy of STAY256 Hanok Guesthouse / Expedia
View Rooms
Most hanok open out to an internal courtyard, but the outdoor space at this guesthouse – lined with neat flagstones and kimchi pots – is particularly easy on the eye. The plush futon beds and quilts are super comfortable, and the central Samcheong-dong location is second to none. Wind your way through the labyrinthine streets of this photogenic neighbourhood, dropping into shops like the Innisfree flagship to stock up on cutting-edge K-beauty products.
More info 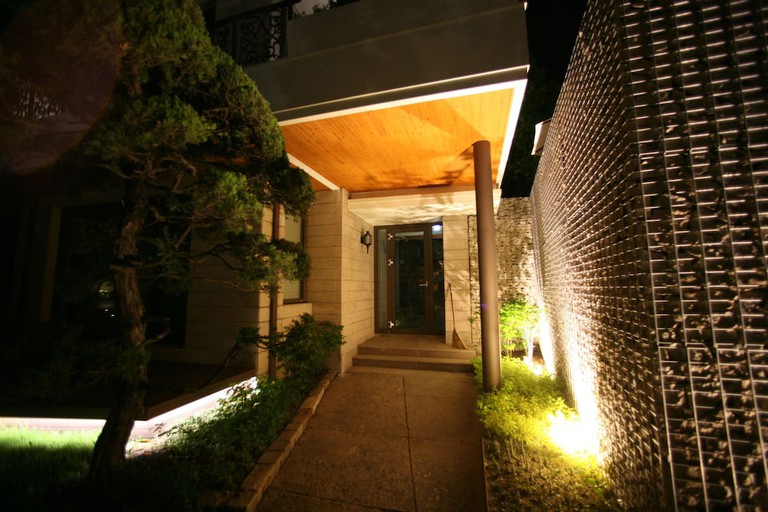 Courtesy of Bonum1957 Boutique Hotel / Expedia
View Rooms
This complex, made up of a hanok and a building hailing from the 1950s, is connected by a manicured garden rimmed by quince and persimmon trees. You can look out over the greenery as you tuck into a complimentary Western-style breakfast at the on-site café, which also has a rooftop terrace for matcha lattes in the open air. Based in Bukchon Hanok Village, this boutique hotel is perfectly placed within walking distance of Changdeokgung Palace and its hidden garden.
More info 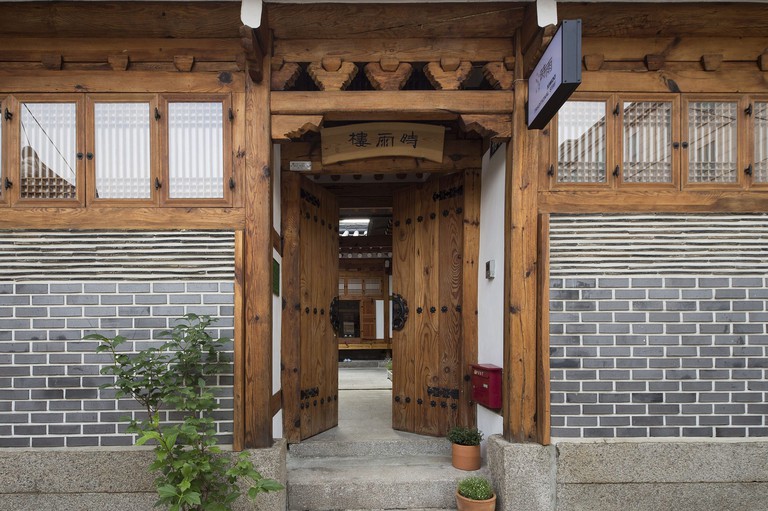 Courtesy of Xiwoo Hanok Guesthouse / Expedia
View Rooms
Upgraded by a team of architects, this hanok in the sweet Seochon neighbourhood won an award from the city’s government in 2006 for its artful renovation. In true traditional style, each room leads out to the interior courtyard – the perfect place to sit out under the roof’s graceful curved edge with a complimentary Korean tea while planning your itinerary. Grab classic Korean snacks like kimbap (seaweed-wrapped rice) from nearby Tongin Market to accompany your drink.
More info 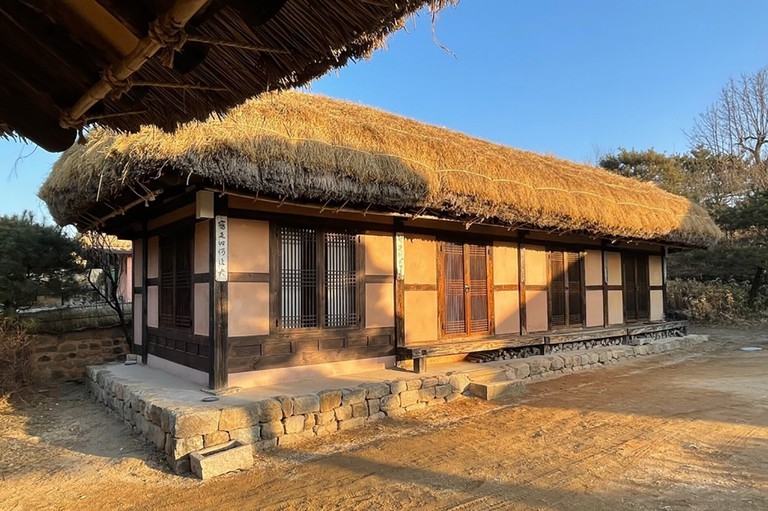 Step back in time as you cross the threshold of Rakkojae, a charming complex situated in Andong’s 600-year-old Hahoe Village. Consisting of four choga – traditional, nature-friendly Korean homes made from straw, wood and soil – each room offers a calming space of traditional furnishings and its own private bathroom, complete with a Hinoki cypress whirlpool bath. While Rakkojae is particularly serene at night, when moonlight and quiet envelop the space, there’s plenty to do during the day. Start your morning with a complimentary breakfast on the wooden patio of your room. Then, enjoy a traditional mask dance performance or take a ferry to nearby Buyongdae, a towering 64m (210ft) cliff that offers panoramic views of the Unesco-listed village’s traditional homes and the Nakdong River that winds around them. 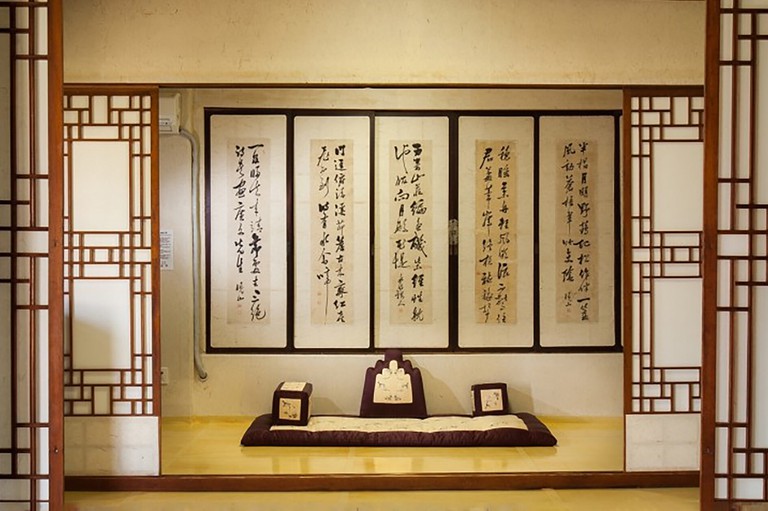 Perhaps no hanok in all of Jeonju is better known than the Hakindang House. Built in 1908, the structure illustrates the traditional architecture of the late Joseon Dynasty. Commissioned by Baek Nak-jung, a high ranking official during the reign of King Gojong, the building originally served as the first pansori (Korean opera) theatre in the country. It was later purchased by the Seo family. Considered a jong-ga, a household descended from a distinguished ancestor through the eldest son of each generation, the family carries on the traditions upheld for the past couple of centuries in this special hanok. In addition to lavishly adorned rooms, guests can enjoy a tour of the home and an explanation of various items like the ancestral tablet and jesa (ancestral rites) items in the attic, and enjoy dishes that have been served up using the same ingredients and cooking methods for the past century. After all, where better to taste the flavours of Korea than the country’s culinary capital?