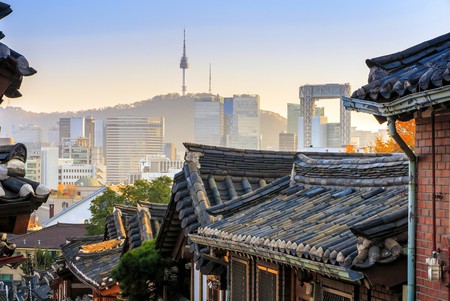 Sing karaoke in Seoul, go hiking in Seoraksan National Park and eat bibimbap in Jeonju on our 10-day small-group trip to South Korea.

Due to their long history, South Koreans have a variety of traditions they have kept alive throughout centuries. Still today, you can watch traditional Korean dance and music performances, while people love to dress in traditional clothes (hanbok) – you can rent it to wear around Seoul and Jeonju, for example. Even in modern Seoul, you can still find traditional hanok house neighborhoods with lovely teahouses that have been in existence for decades. This mix of old and new is truly fun to explore when traveling in South Korea.

South Korea has a long history dating back over a thousand years. Due to the natural isolation of the Korean Peninsula, the country’s culture hasn’t changed as much as in other regions. Still today, you can stand in awe of some of the most significant cultural heritage sites of the country, such as Gyeongbokgung Palace, the main palace situated in Seoul. The city of Gyeongju is also a place of historic value and is often called a ‘museum without walls’. Gyeongju was the capital of Korea during the Silla Dynasty from 57 BC – 935 AD and is home to countless royal tombs, palaces, and temples that are listed as UNESCO World Heritage sites.

Every year, there are more festivals in South Korea than one could attend, with a couple of main festivities everyone likes to join in with. When the snow melts and the weather gets warmer, pink and white cherry blossoms transform South Korea into a magical wonderland for a short period at the beginning of spring, and thousands of people come to see the blossoms from all over the country. Buddha’s Birthday is another major holiday celebrated in May with lantern parades and performances at local temples, while in fall, Koreans celebrate their own version of Thanksgiving during Chuseok and honor their ancestors during proudly conducted ceremonies. In fact, there are festivals in every month of the year for every taste.

In contrast to its historic landmarks, South Korea is a pioneer in creating new and innovative structures. Looking at Seoul, for example, you are surrounded by futuristic buildings in one part of the city, such as the Dongdaemun Design Plaza by Zaha Hadid, while traditional hanok neighborhoods lie just around the corner. Earlier this year, Seoul proudly opened the world’s fifth largest skyscraper piercing majestically out of the ground overlooking the Han River. It comes with little surprise that some of the world’s leading companies are also located here, including Samsung, Hyundai and Kia. 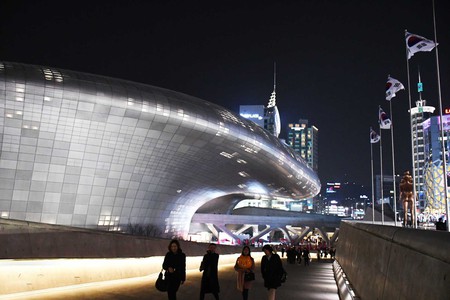 The modern face of South Korea I | © Linda Dunsmore

Koreans are very proud of their unique cuisine. This is another result of the country’s natural isolation and climate leading to particular food preparation methods. Take kimchi, for example, the country’s number one side dish made from salted and fermented vegetables that are kept in jars for months, one of many practices used to protect food during harsh winters. Over the centuries, Koreans have created a fascinating and rich food culture made up of meat dishes, stews, soups, noodle dishes, seafood and many vegetable side dishes. Visit South Korea and you should spend an entire day roaming street markets sampling your way through this concert of flavors.

As South Korea is not yet a worldwide popular vacation destination like its neighbors China and Japan, you will find untouched rural areas giving insight into traditional Korean lifestyle. While around 20% of all South Koreans live in and near Seoul, it’s especially the small rural villages where you can find peace and quiet. The well-connected railway and express bus systems make it easy to also explore the less visited areas of the country. You’ll be surprised that you can find lush rice terraces and hidden temples right here in South Korea.

You can find even more tranquility and inner peace when joining a one- or two-day templestay program, which allows you to spend some time living like Buddhist monks in temples across Korea. While the Korean templestay program might not be as heard of around the world, it’s a well-established organization offering English-speaking programs to anyone around the country. Whether you want to experience a templestay in downtown Seoul or in rural South Korea on top of a mountain, the options are endless and the results are incredibly rewarding. 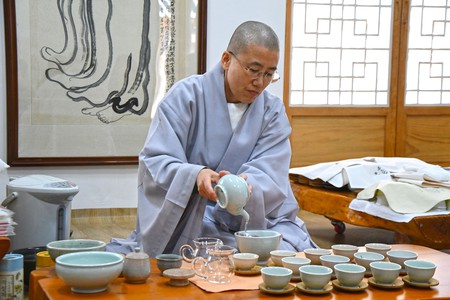 While Seoul is arguably the most thrilling city in South Korea, it’s not the only large city that’s worth a visit. Despite its small size, South Korea has plenty of exciting cities from north to south. Busan in the very south, for example, is the country’s second largest city and located on a beautiful coastline with sandy beaches and clear ocean water. Jeonju in the west of the country is one of the last places featuring a traditional old town with Korean hanok houses and a beautiful destination in spring and fall. Each of Korea’s nine provinces has its own local cuisine and attractions that are worth exploring.

South Korea is world-famous for its exciting music culture. K-pop is not only a music genre, it’s part of Korean culture that captures people all over Asia and the world. Walking down main pedestrian streets in South Korea, you will hear the latest hits of the industry. K-pop fans visit South Korea in waves and visit their favorite group’s or singer’s music label, get a K-pop makeover or visit K-pop-themed cafés. If you’re not yet into Korean music, we guarantee you that after you visit South Korea, you will be. 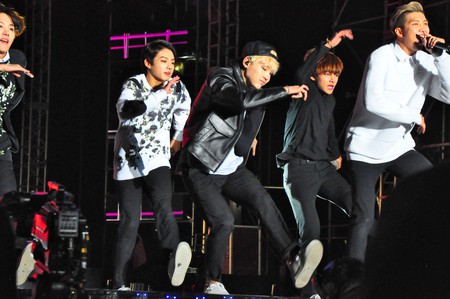 K-pop and Korean fashion go almost hand in hand. However, in recent years, South Korea has not only become known for coming up with quirky outfits for their boy and girl groups but also setting global trends in regular fashion. Seoul Fashion Week, for example, is becoming more and more visited by international designers and fashion labels who visit fashion shows to import Korean fashion lines to their home countries in Europe, America, Africa and all over Asia. Visiting Seoul, visitors will also notice that South Koreans, in general, are very fashionable and love to experiment and show off their hot streetwear on the streets of Seoul. Visit Dongdaemun, Gangnam or Myeongdong to get your own sets of Korean outfits to take home with you. 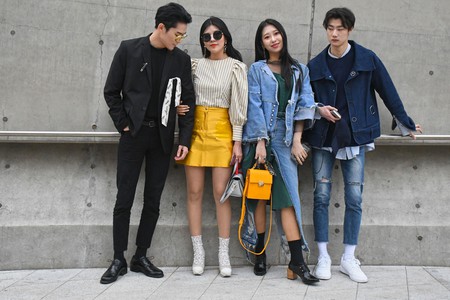 Ever wonder why Korean women (and men!) have flawless and stunningly beautiful skin? Koreans see taking care of their skin as an essential part of their daily lives and they spend more money on skincare and beauty than anywhere else in the world. Many Koreans even have a ten-step morning and night routine they strictly follow day after day to maintain their beautiful skin. It’s therefore no wonder that South Korea is home to countless skincare and make-up brands offering the most innovative and futuristic products on the global market. If that’s not a great reason to come to Korea, then we don’t know what is!

Entertainment is very important to South Koreans and they come up with new ways to keep themselves amused almost every month. We have all heard of the quirky themed cafés all over Seoul that offer visitors the chance to pet cats or dogs, play with racoons, cuddle with meerkats and engage with all kinds of other animals. There are also themed cafés that allow you to dress up as a princess and take pictures or eat food shaped like poop. Karaoke rooms have also been part of Korean entertainment for decades and are popular among all age groups. PC rooms are also well-visited, usually by a younger crowd, who compete in a variety of online games with people from all over the world – so much so that South Korea has become a leading force in global e-sports.

Due to South Korea being a peninsula, the country offers miles and miles of beautiful coast and stunning beaches. Korea also has a lot of beautiful islands, the most popular and largest one being Jeju Island. Jeju Island is one of Korea’s most visited destinations thanks to its exceptional natural wonders and breathtaking beaches. Another beautiful beach and coastal region is Jeollado in the west of the country. Moreover, the eastern coast is famous for beautiful sunrises, the earliest in the country.

Despite its small size, South Korea is home to 22 national parks with countless mountains. The island of Jeju has the highest peak in South Korea, the shield volcano Hallasan. Another popular hiking area is Seoraksan, the third tallest mountain in the country at 1,708 meters (5,603 feet). You can hike around this national park on Culture Trip’s 10-day adventure around South Korea. It’s exactly this combination of mountains and coast that make South Korea such a thrilling destination.

Due to South Korea’s location in East Asia, the country is blessed with changing seasons. This makes Korea an exciting place to travel and live. No matter when you travel to Korea, you’ll be surprised with breathtaking seasonal changes in nature, such as cherry blossoms in the spring, flower fields in the summer, colorful foliage in the fall and a white wonderland in the winter. Besides the changing weather, each season also has special festivals and also dishes, such as the Taebaeksan Snow Festival in winter and cold noodles in summer.