12 Things You Can Only Buy in South Korea 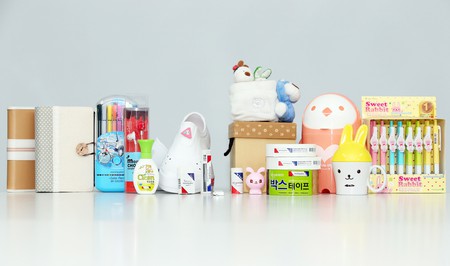 In a world that’s more globalized than ever before, there stands a dilemma familiar to every traveler—what makes for the best souvenir that truly represents your trip away? Those visiting South Korea will be happy to hear that there are still a number of items that you can only find there. Here’s our round-up of the best 12 to take home.

If you’ve fallen victim to K-pop (or K-drama) fever, there’s no better place to rack up on Hallyu paraphernalia than South Korea. Just about anything—from calendars and coffee mugs to t-shirts and even potato chips—features the faces of the country’s most celebrated idols.

Perhaps it has something to do with the Korean custom of removing one’s shoes before entering a house (and thus exposing the feet), but the country does sock design like no one else. Featuring funky themes, sayings, ramen noodle brands and even the faces of public figures, Korean socks are as varied and creative as one could imagine. 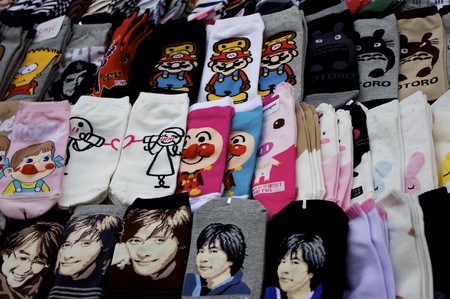 Unlike other Asian countries, which typically use wooden or bamboo chopsticks, South Korea uses metal chopsticks that are typically flatter and squarer in shape. Although this custom dates back to the Baekje Period, when royal families used silver chopsticks to detect poison in their food, Koreans today prefer them for their hygiene properties.

In recent years, Korean cosmetics have become all the rage in just about every corner of the world. Popularized by Korean pop culture, both women and men around the globe have shifted their interest and preferences toward Korean skin care and makeup products. From sheet masks and BB cream to cleansing products and hand lotions, South Korea has some of the best (and most affordable) beauty products on the market.

Hanji, or traditional handmade Korean paper, is made from the bark of the mulberry tree and was historically used to cover the doors and windows of a house to keep it warm. Today, it’s a popular material for making paper dolls, table lamps, stationery and even clothes. 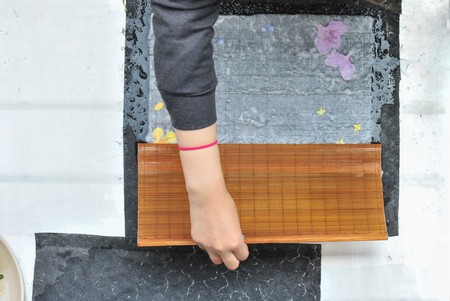 Korean ginseng is known worldwide for its healing medicinal properties that are believed to enhance concentration, reduce stress, increase stamina and treat high blood pressure. While pricey, this “magic” root makes for a great buy. 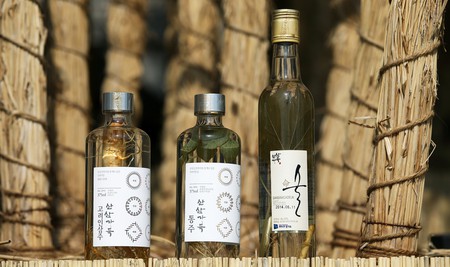 Korea is the king of cuteness, especially when it comes to stationery products. From sneaker-shaped pencil cases to colorful planners plastered with adorable characters, the country has a little something for every style. Mungujeom, or stationery shops, can be found in just about every neighborhood, but bigger franchises like ArtBox, 10×10 and HotTracks offer the best selections.

Although tea isn’t nearly as popular in Korea as it is in countries like China and Japan, the country still produces high-quality green tea in regions such as Boseong, Hadong and Jeju. Traditional fruit teas like omija-cha (‘five taste tea’ made from magnolia berries) and meshilcha (sweet plum tea) are also popular beverages, not only for their taste but also their health properties. 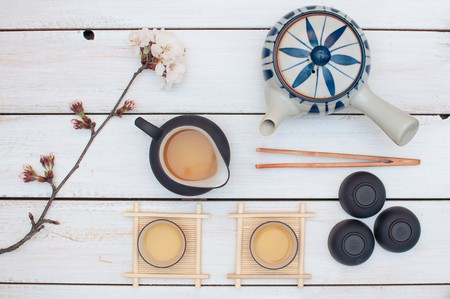 Dried seaweed, or kim, is processed into very thin, paper-like layers and sold in packages to be eaten with rice, although it’s quite delicious on its own. As an added bonus, it’s incredibly healthy, as it’s packed with calcium, vitamins and carotenes. This ubiquitous snack can be purchased just about anywhere, from department stores and traditional markets to convenience stores. 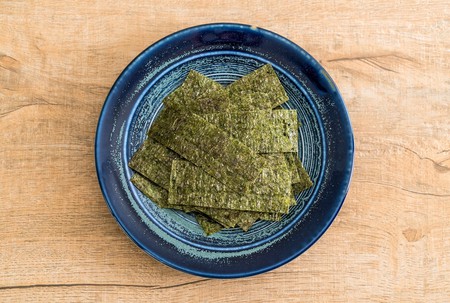 Though traditional Korean embroidery is a dying art, there are still a handful of artists who preserve the ancient craft. Embroidered pouches, bags and glasses cases are some of the more popular items sold at traditional souvenir stores. Featuring flower and animal motifs, they are both beautiful to look at and also functional. 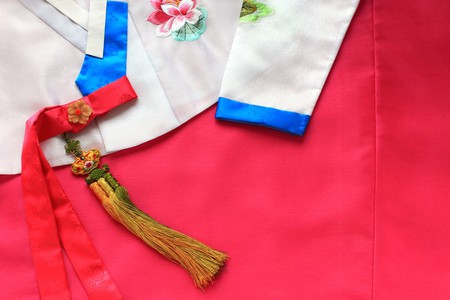 Worn daily up until about a century ago, the hanbok, the traditional attire of the Korean people, remains an important icon, and is still donned on special occasions and holidays. In recent years, specialty designers have made classic motifs wearable with designs that render traditional patterns and structures in simple cottons, linens, leather and lace, which have been spotted in major fashion cities around the globe.