12 Reasons Why You Should Visit Incheon 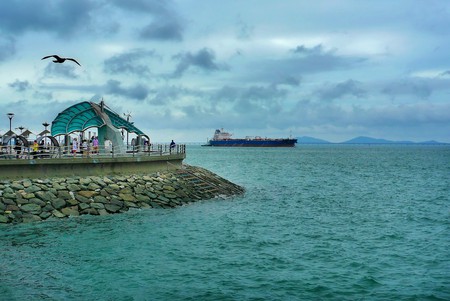 It’s home to the best airport in the world.

Incheon International Airport has consistently been rated one of the best airports in the world for the past decade. With fantastic restaurants, cultural performances, a spa, an ice skating rink, a movie theater and all the duty-free shopping you could ever want, it’s easy to spend an entire day here. 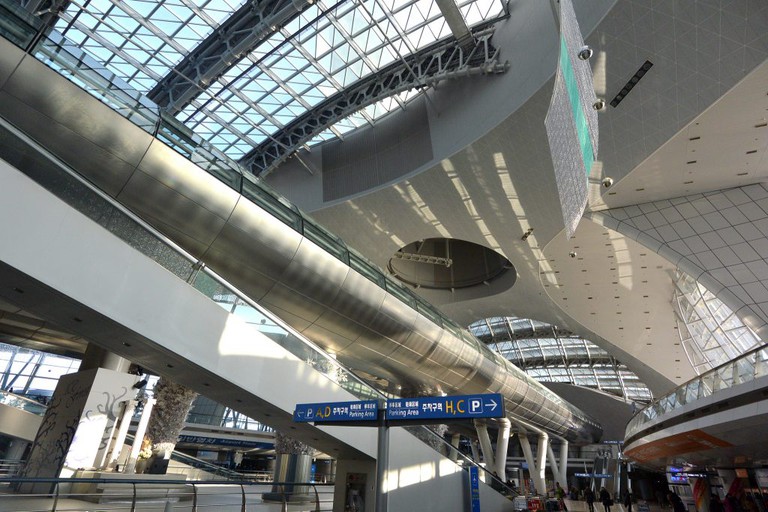 The city is steeped in history

Incheon has played an important role in the country’s history, particularly during the Korean War, which is conveyed through its numerous memorials. Perhaps the most notable is the General MacArthur monument in Jayu (Freedom) Park. The statue commemorates US General Douglas MacArthur’s daring amphibious invasion at Incheon in 1950, which led to the recapture of the city after it had been taken over by the invading North Korean People’s Army (NKPA).

The islands offer a great escape from city life

Incheon is home to a number of quaint islands that offer a respite from city life. Muuido, for example, is a great spot for trekking, camping, clam digging and even zip lining. Many of the islands can also be conveniently accessed via buses departing from Incheon International Airport. 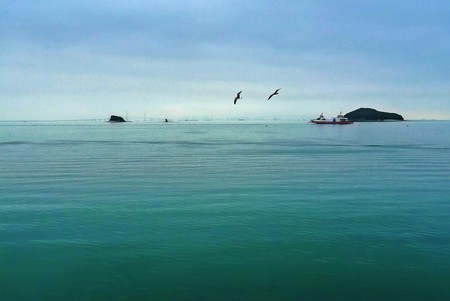 Shopping on a budget has never been easier

Bupyeong Ungerground Shopping Center is a one-stop shop for just about anything you could possibly imagine. A seemingly endless maze of shops sell clothes, bags, cosmetics, shoes, phone accessories, party supplies, stationery and more at affordable prices. If you’re buying a lot, vendors will often give you a small discount, if you ask.

There’s no better place to rock out

Held annually in Incheon’s Songdo City during the peak of summer, the Pentaport Rock Festival is one of the nation’s best rock festivals. Past headliners include some of the biggest names in rock, such as Weezer, Panic! At the Disco, Nothing But Thieves and The Kooks. 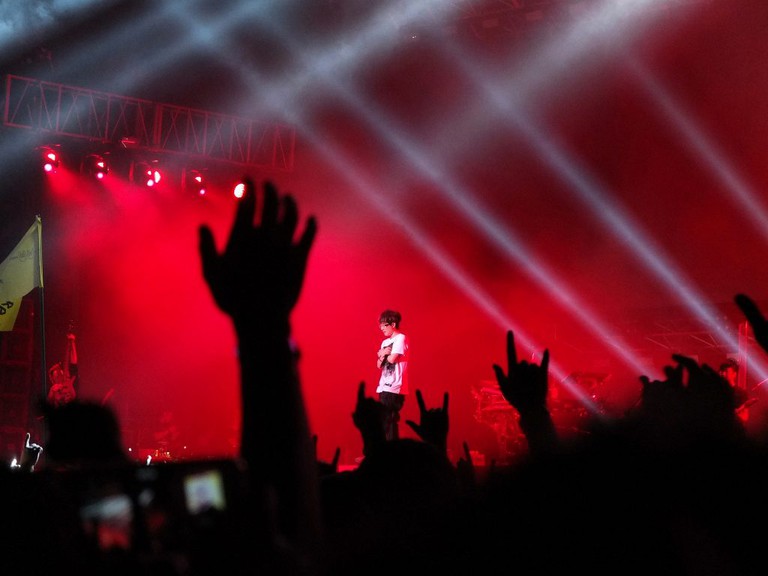 It offers a sneak peek into the future

Incheon’s Songdo has been designated as one of the world’s first smart cities, as a number of smart technologies are heavily utilized in its infrastructure. Designed with sensors to monitor temperature, energy use and traffic flow, Songdo can essentially communicate with visitors to let them know when their bus is due or inform local authorities about any potential problems.

It’s got the best Chinatown in the country 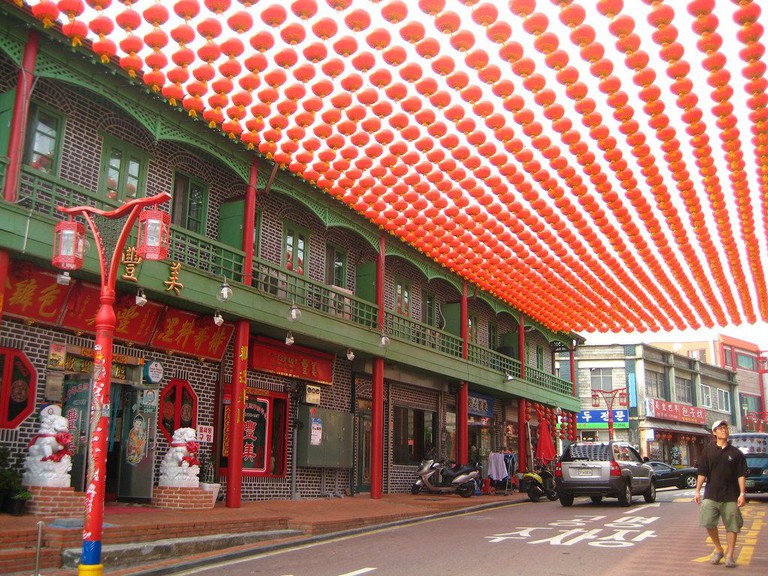 Jjajangmyeon (black soy bean noodles) is undoubtedly one of Korea’s favorite dishes, and is believed to have its roots in Incheon’s Chinatown. Enjoy the flavors of this tasty cuisine at Gonghwachun, one of the biggest and most famous jajangmyeon restaurants in the entire country. Or, learn more about the food at the Jjajangmyeon Museum, which introduces its history and the influence on the country through a series of beautifully constructed exhibits.

You can embrace your inner child at Wolmido

Situated a short bus ride from Incheon Station, Wolmido Island is the perfect spot to let loose and have a bit of fun. Kids (and kids at heart) will love Wolmi Theme Park, which boasts attractions such as the Viking Ship, the 70 meter high Hyper Shoot Drop, and the 115 meter high Ferris Wheel which offers great ocean views. 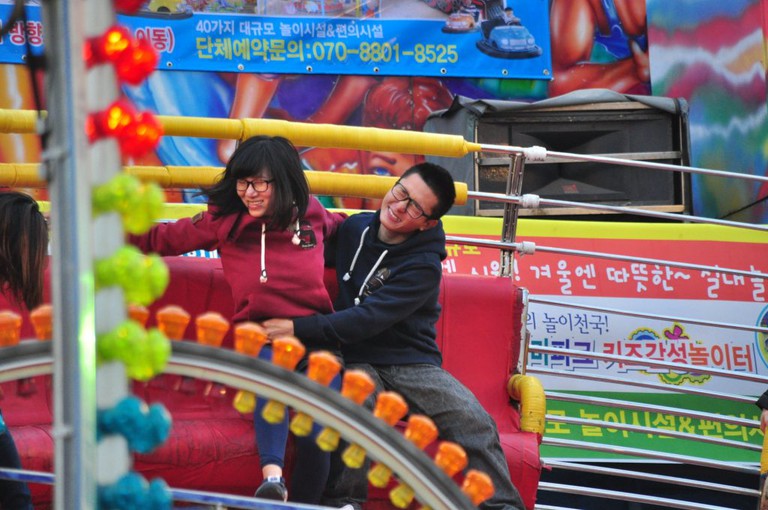 The kids will love it

As part of an initiative to beautify and revive Songwol-dong, the Korean government has transformed the once run-down residential area into a fairytale wonderland. At Songwol-dong Fairy Tale Village, houses are so elaborately decorated with fantastical decor (think Disney on steroids) that it’s easy to forget that this is very much a real neighborhood.

Located directly on the coast, it’s not surprising that Incheon boasts a lively fishing industry and offers some of the best seafood in the country. To sample it, head to the Sorae Fish Market, an expansive wet market that hasn’t changed in decades. Here, numerous vendors sell a wide variety of seafood that you can purchase and have cooked at one of the nearby restaurants. 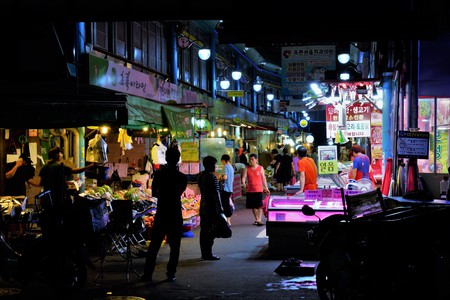 It’s got a super cool bridge

Often billed as the pride of Incheon, the 21 kilometer long Incheon Bridge that links Songdo and Incheon International Airport, is a sight to behold. The eye-catching piece of architecture is decorated with soaring arches that glisten in the daytime sunlight and become beautifully illuminated in the evening.