12 Reasons Why You Should Visit Daegu 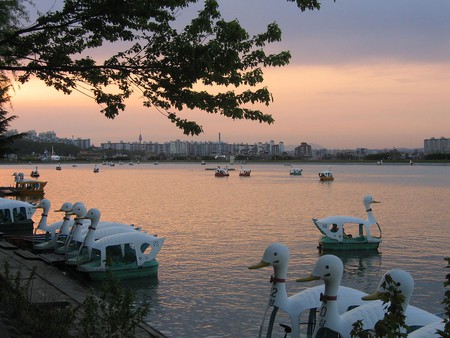 Many would agree that Daegu is the living embodiment of South Korea’s traditional culture and contemporary charm. There are a number of reasons to visit this vibrant city; here are 12 of them.

Daegu is a city where nature and modernity collide and nowhere is this more evident than green spaces such as Apsan Park, Suseong Lake and Dalseong Park. Whether you’re a jogger looking for a scenic running track or you just need to get some fresh air, the parks and gardens of Daegu have something for everyone. 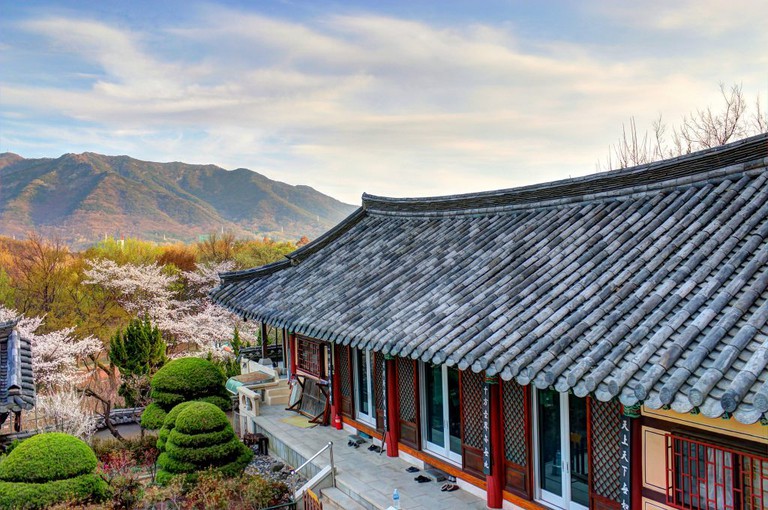 Since the late 1990s, Daegu has been the hub of South Korea’s textile and clothing manufacturing industries, with industry-related exports equaling approximately USD 10 billion. To promote the growth of the local industry, the city showcases numerous fashion exhibitions including the Daegu Fashion Fair and Preview in Daegu. The Daegu Textile Museum, meanwhile, provides unique insight into the past, present, and future of textiles. 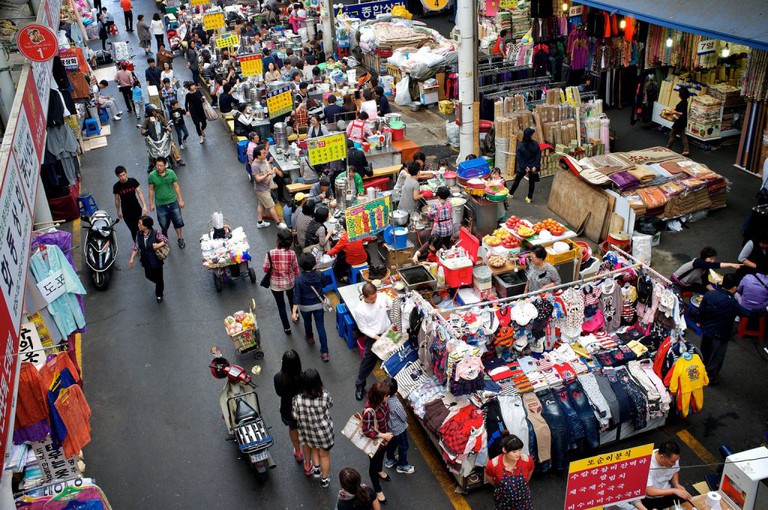 Seomun Market | © Ji Hoon Kim / Flickr
Despite the fact that most locals prefer to shop at the supermarket or department store, traditional market culture still thrives in Daegu. Seomun Market, for instance, is one of Korea’s last remaining markets from the Joseon Dynasty, and even today is one of the best markets in the city to pick up local produce.
Open In Google Maps
45 Keunjang-ro 26-gil, Daesin-dong, Jung-gu Daegu, 700-320, South Korea
+82532566341
Visit Website
Give us feedback

Held in late summer at Duryu Park, the annual Daegu International Bodypainting Festival (DIBF) is an event to be experienced. Here, artists from all corners of the globe gather to show off their talents. The event culminates in the body painting competition, where nearly nude models are transformed into incredible works of art in just a few hours.

It will help you to find your Zen

Daegu is home to a number of important Buddhist sites, frequented by both practitioners of the religion and non-Buddhists alike. Among them, Donghwa Temple on Palgong Mountain stands out with its distinctive architectural details that create a harmony between the building and its surroundings. Haein Temple, meanwhile, is one of the most significant sites in the country, as it houses the Tripitaka Koreana, the oldest and most complete collection of Buddhist scriptures in the world. 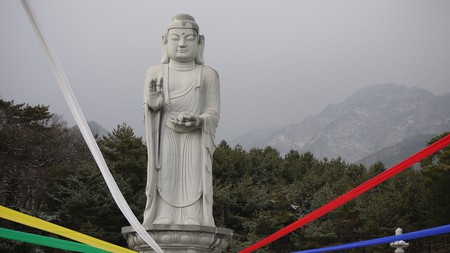 There’s a festival devoted to chicken and beer

One of the best ways to cool down in Daegu, Korea’s hottest city, is to gorge on chimaek, the famous Korean culinary combination of chicken and beer. The Daegu Chicken & Beer Festival, which is held annually in July, provides visitors with the opportunity to experience this increasingly popular Korean gastronomic trend. Some 100 participating vendors serve up the country’s best recipes, while K-pop concerts keep audiences entertained.

You can taste some of the best coffee in the country

Daegulites really love their coffee. So much so that the city has the greatest number of coffee shops per capita in the entire country, not to mention it hosts the Daegu International Coffee Fair every autumn. There’s even an entire street dedicated to the beverage. Lined with Daegu’s top independent cafes, the quaint alley boasts a youthful atmosphere and lures passersby in with the rich aromas of roasting coffee. 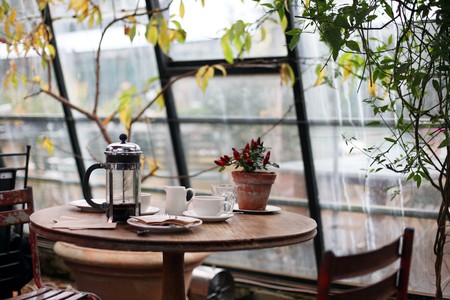 Daegu’s interesting history is beautifully illustrated in its “Modern History Streets” in the Jung-gu area. There are five different routes to follow through the streets and Course 2, Modern Culture Alley, is perhaps the most interesting, covering roughly a century of local history. Here, visitors can explore attractions such as the House of Missionary Chamness, Daegu’s first Western-style building, Gyesan Catholic Church, and the Daegu Yangnyeongsi Museum of Oriental Medicine.

Daegu boasts a vibrant, age-old medicinal culture and one of the best places to explore it is Yangnyeongsi Market. Opened in 1658, the market is one of the few of its kind that still exists today, and almost half of Korea’s trade of medicinal herbs happens here. From herbs and insects to deer antlers and frogs, the market offers a seemingly infinite number of remedies for every ailment imaginable. 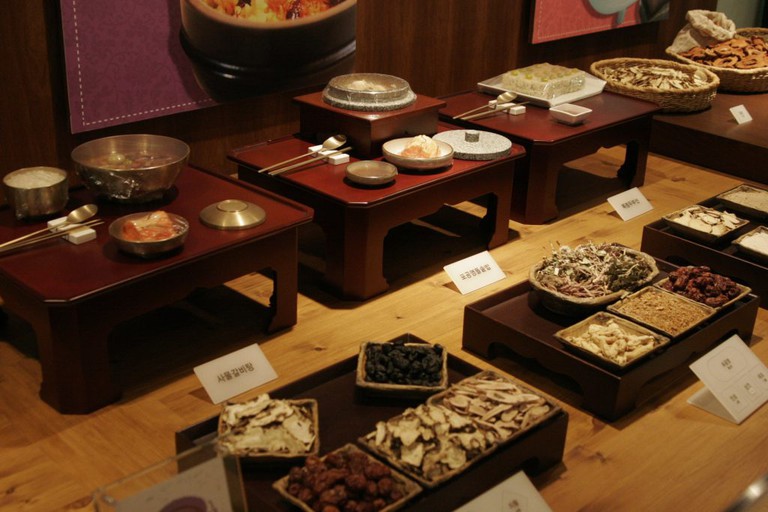 Daegu most certainly has a quirky side that can be experienced through its unique festivals and attractions. King Sejong’s umbilical cord shrine, for example, houses the placentas and umbilical cords of his children (this was believed to bring good fortune to the royal progeny). The city also boasts other quirky destinations such as a gallery dedicated to velvet, a sci-fi themed restaurant and a Harry Potter cafe.

While Daegu has all the conveniences and amenities of a modern metropolis, it’s also rooted in tradition, as evidenced by locales such as Otgol Village. This tranquil community is made up of some 20 hanok (traditional Korean homes) that have been owned by the Gyeongju Choi clan for nearly 400 years. Although most are not original and those that are have been restored over time, they provide an interesting look into the country’s past. 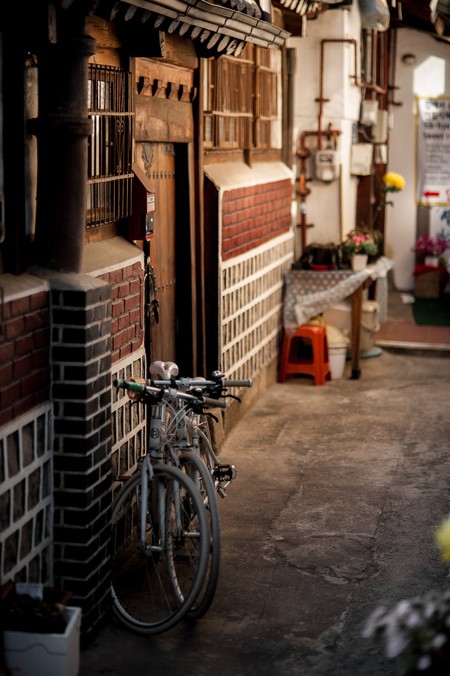 To celebrate Buddha’s Birthday, the Dalgubeol Lantern Festival is held annually at the Daegu Duryu Park. Here, thousands of illuminated lanterns are set afloat above the park grounds, making for a rather magnificent scene.