11 Festivals in Seoul to Look Forward to This Spring

Cherry Blossoms | Pixabay
Winters are long in South Korea. That’s why everyone is especially excited when the weather gets warmer and spring finally arrives. Seoul hosts a great variety of festivals during this time of the year, and there’s something for everyone to enjoy.

Located just outside of Seoul, Nami Island is a picturesque island located in the middle of a large lake. Once you get to the island, bicycles are available for rent that seat up to four. You can ride along the many paths throughout the island and enjoy the beautiful spring weather. In spring, the entire island is covered in flowers of all kinds. Check it out during the spring months, and be sure to bring your camera. 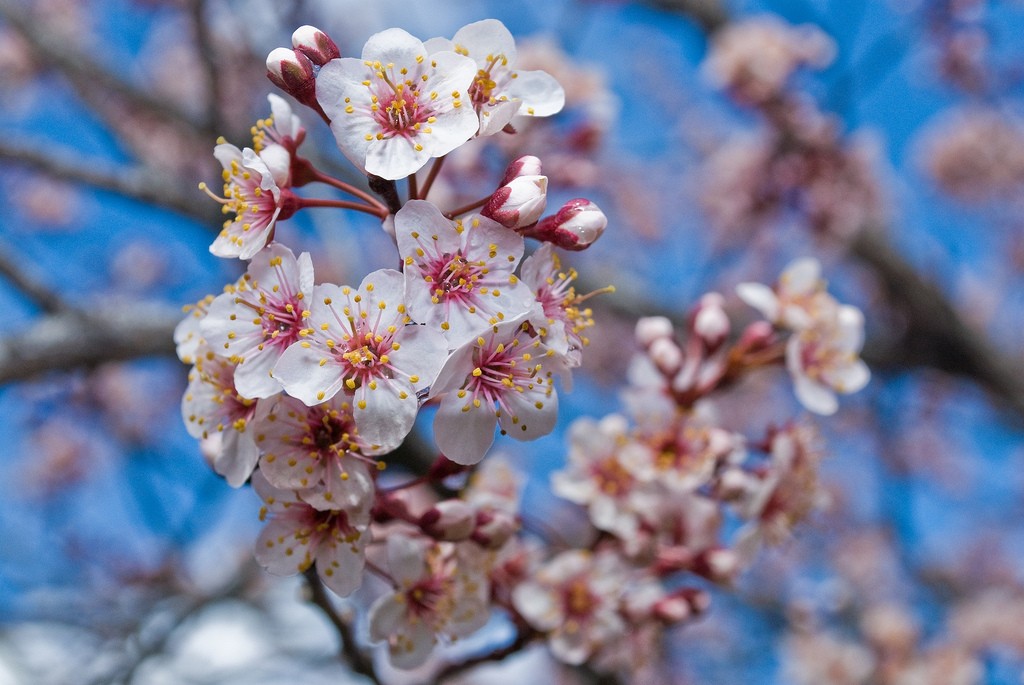 While South Koreans love their own customs and traditional festivals, they are also eager to explore new things from other nations. That’s why the Seongbuk Global Good Festival has become such a hit in recent years. Visitors can experience other cultures through local food and art. This year, the event takes place on May 21 and is ideal for locals and foreigners in Korea alike who would like to broaden their horizons.

Spring Festival of the Garden of Morning Calm

One of Korea’s largest botanical gardens, the Garden of Morning Calm outside of Seoul attracts over 700,000 tourists each year. In the spring, there is a large festival when the garden is showered with a tapestry of rainbow colors from hundreds of flower and tree species. Come here to explore the beauty of spring on over 330,000 square meters of gardens. The festival takes place from the middle of April until the end of May.

Dating back over 1,200 years, the lotus lantern festival is a very important event for Koreans, especially those who belong to the Buddhist faith. It is customary for participants and spectators to light lanterns and pay respects to ancestors and to the Buddha. This year, the festival takes place from April 28 to April 30; the festival attracts thousands of visitors from around the world who can’t resist the spiritual atmosphere and beautiful light of the lanterns at night. 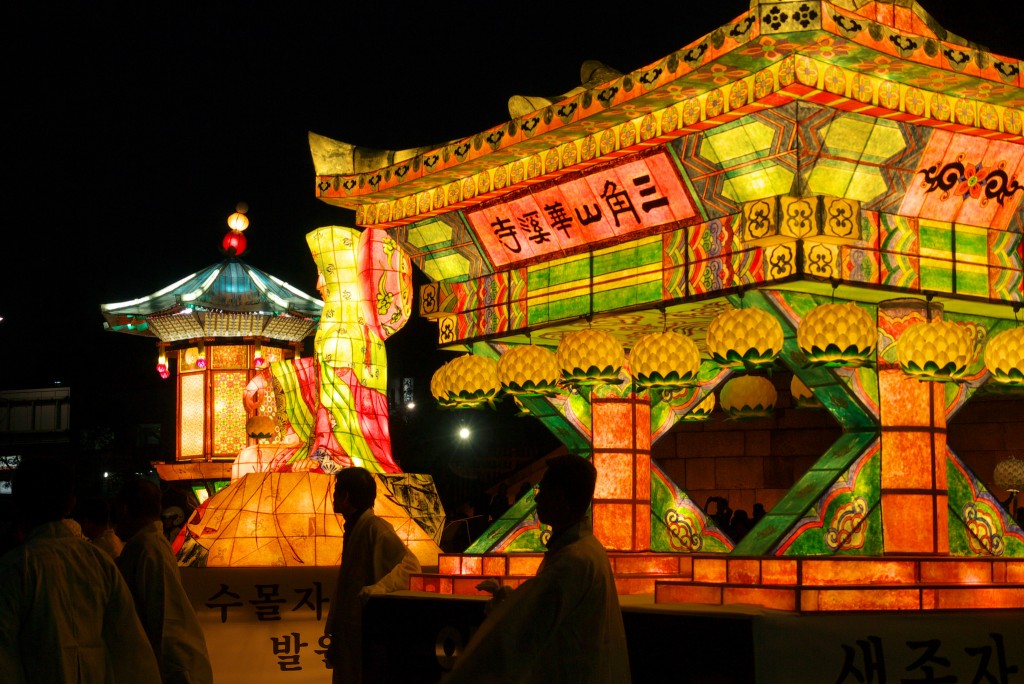 This festival is truly a one of a kind. Focusing on “making dreams come true,” Seoul’s C-Festival is a fun event focusing on all the things that make us happy. Besides K-Pop concerts and other performances, you will also find a craft beer section, food booth, flower garden, and cultural activities here. The aim of the event is promoting the “urban playground.” The festival is held from May 3 until May 7.

On the first Sunday of May every year, you can take part in a piece of Korean history, The royal ancestral memorial rite of Joseon begins with an enormous royal parade where over 1,000 people dressed in traditional Korean clothing march from Seoul’s main palace, Gyeongbokgung, to Jongmyo shrine. The festival takes place on May 7. 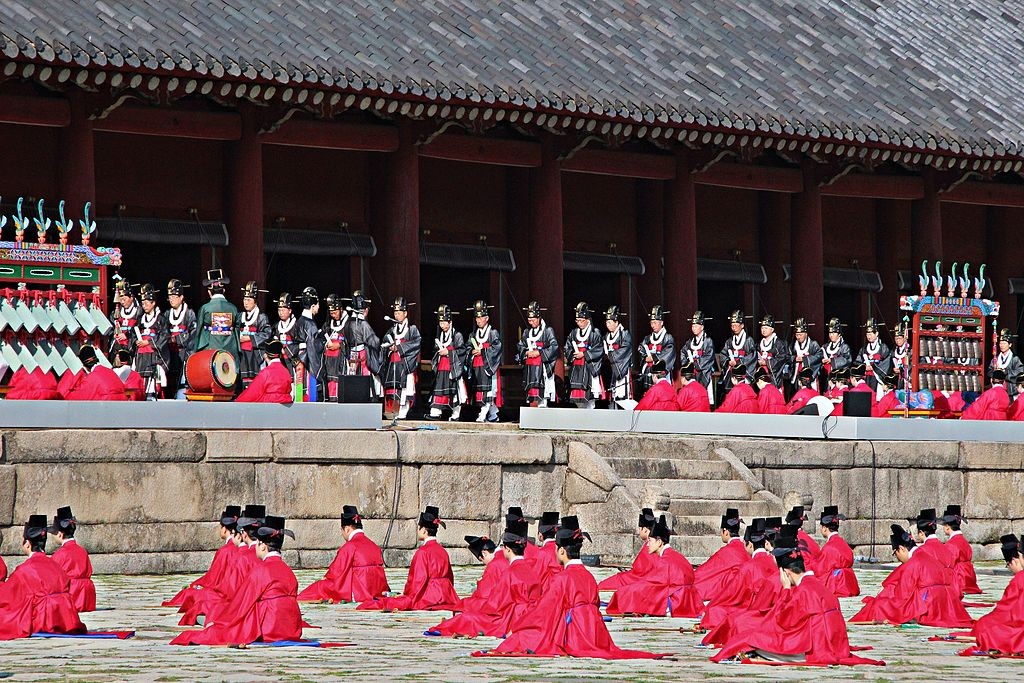 Music festivals are not uncommon in South Korea. One of its most exciting is the annual Seoul Drum Festival in spring. The festival takes place in front of Seoul City Hall and is a joyful event for all ages. On June 2 and 3, there aren’t only countless musical performances by renowned drummers, but visitors also have the chance to try out their skills themselves.

On May 27 and 28, 2017, the Seoul Jazz Festival celebrates its tenth birthday with renowned jazz artists performing live in the open air. The festival has become so popular that it is held in Seoul’s largest venue, the Olympic Stadium. Tickets sell out fast due to the high-quality line-up of Korean and international artists.

A group of African embassies in Seoul organizes the annual Seoul Africa Festival, which has become increasingly popular year after year. Locals and visitors alike enjoy the exciting activities showcasing African cultures at Seoul’s Cheongye Square. African food, music, and cultural activities are showcased to connect and promote the large continent overseas. This year, the festival will be held on May 21.

This festival, too, celebrates its tenth birthday this year. Taking place at the Nanji Campground on the banks of Han River, the festival is the largest DJ festival in South Korea. Besides world-class DJs, the festival also offers art exhibitions, a BBQ party, camping, and outdoor games. The festival takes place on May 13 and 14.

If you are a true bookworm, you will enjoy the Seoul Book Festival. Aiming to improve the quality of life for its citizens, the city’s libraries organize this annual event with true passion and determination. From June 14 to 18, the event takes place in Seoul’s largest library at city hall, showcasing contemporary literary masterpieces as well as new books and activities related to reading and literature.