11 Designers in the Seoul Fashion Scene to Know Now

After a hectic fashion month, it’s easy to fall out of love with an endless cycle of shows. Thankfully Seoul Fashion Week SS18 brought a fresh, punchy follow-up which saw the city display the best of Korean fashion talent to an international audience of editors, bloggers and buyers. While some may have crossed into the mainstream consciousness, many of the best Korean fashion designers remain under the radar – though not for long. Culture Trip spotlights on the 11 designers from the fashion scene in Seoul that you need to know this year.

Founded by Eunhye Jo in 2014, Bourie is a Seoul-based label that offers elegant tailoring, inspired by musical legends such as Mick Jagger. Currently stocked in London’s Selfridges as part of their Seoul spotlight, expect to find silky suits, loose cuts and plenty of androgynous tailoring – perfect for slinking around during the Christmas season. 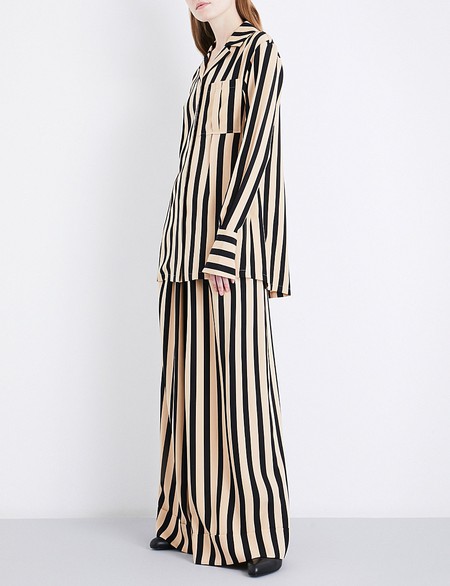 Showing during Tranoï Week in Paris this season, Korean designer Bumsuk Choi is the brains behind the label General Idea. Launched back in 2013, Choi has deftly combined streetwear with avant-garde to create a distinctive, romantic and confident aesthetic. Wear with mismatching socks and enjoy the abundance of bright colours and clashing prints.

A career in fashion isn’t the most obvious follow-on from a PHD in politics, but that turned out to be the professional trajectory of Seoul-born designer Moohong Kim. Since he launched his eponymous label in 2013, the designer has focussed on experiments with minimalist tailoring across both mens- and womenswear – a name to know if you’re looking for timeless, statement pieces. 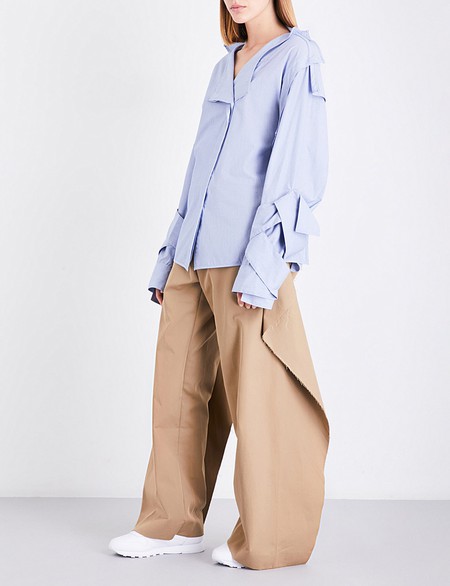 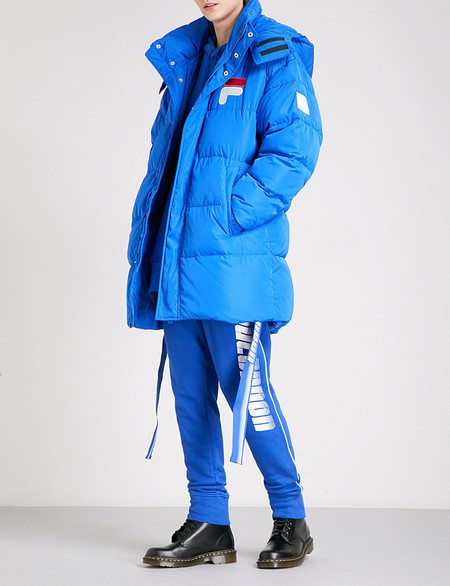 Another graduate of Central Saint Martins, KYE was created by Kathleen Kye after she left the London fashion institution. Grungey and playful, the designer offers pieces that you didn’t realise you wanted: cerulean corsets, gingham headbands, embellished satin mini skirts and oversized hoodies with incision detail. 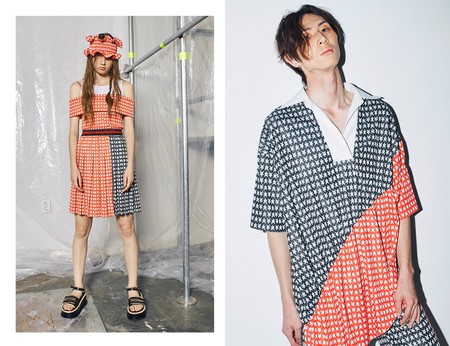 Hyun-min Han graduated from the Samsung Art & Design Institute (SADI) and launched Münn in 2013. The brand focusses on creating timeless pieces, made from high quality fabrics while pursuing a process of ‘de-familiarisation’. Hyun-min is inspired by the quality of RTW pieces from the 1960’s, and seeks to emphasise the construction of pieces from that time. 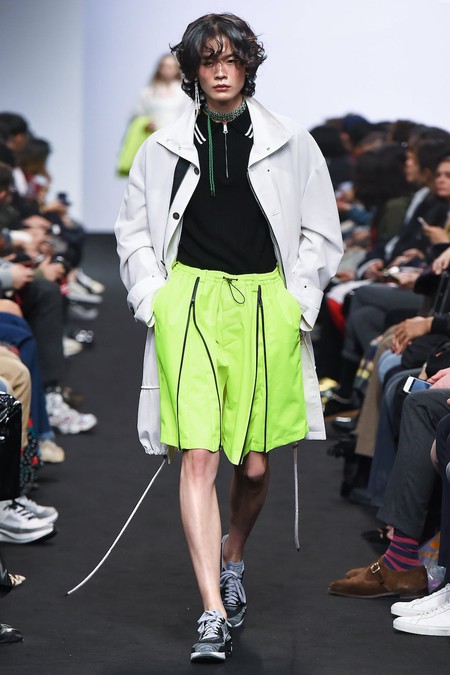 One of the most established players in the Korean scene, Pushbutton was founded in 2003 after an unusual trajectory made creator Park Seung-gun a K-POP star during his studies at the Shibae Fashion School. Leaving fashion momentarily, Park pursued a highly success career in music before the allure of design called him back while recording his second album. Unsurprisingly, music plays a major role in his work – whether it’s the brand’s name (taken from a line in ‘Hollywood’ by Madonna), to quirky, off-beat designs. 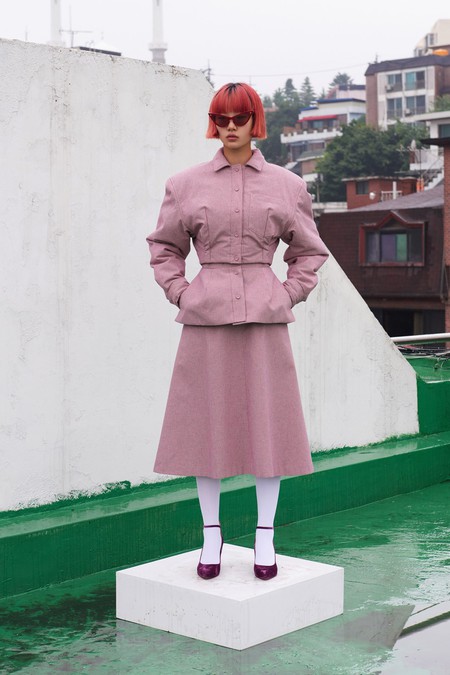 Established in London in 2015, Moon J moved to Korea in 2016 where the label has since acquired a cult following. Emphasising the connection between fashion and art in her pieces, the designs centre around asymmetric cuts, the juxtaposition of primary colours and quirky details – the perfect combination for making the street-style cut next season.

Founded by designers KyuYong Shin and JongTaek Lee in 2012, Blindness is an emerging Korean label with plenty of accolades to its name – not least their nomination for the LVMH Prize for Young Fashion Designers in 2017. The pair focus on creating covetable, wearable clothes that marry youth culture (read: slogan tees and on-trend bomber jackets) with pitch perfect, season-less staples. 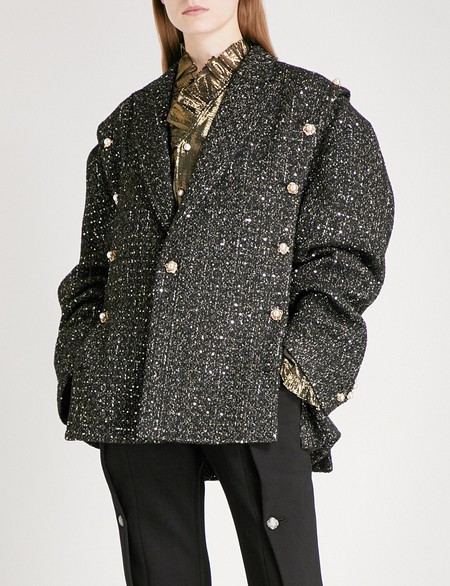 Launched by Jung Mi-Sun in 2009, NOHKE offers clean lines and dreamy leather pieces, coupling off-kilter cuts with sculptural elegance. The result? Romantic, surprising designs that can be worn separately as everyday pieces, or combined for a powerful, statement effect.

Check out the best of Korean fashion in London this November – Seoul’s 10 Soul pop-up space is at Selfridges now.