10 Traditional Souvenirs to Buy in Seoul 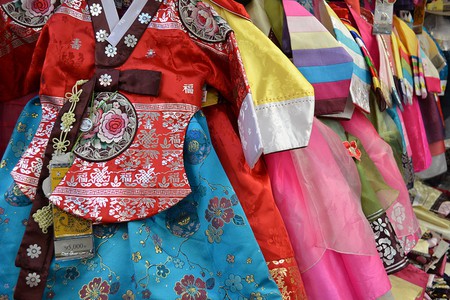 When traveling to a foreign place, it can be quite hard and time-consuming to find a unique gift to bring back home. If you fancy a change from the standard postcards, magnets, and T-shirts, we’ve got you covered with this guide on traditional souvenirs to buy in Seoul.

There is a wide range of different Korean tea specialties that make a great souvenir to take home. One of the most popular is daechu-cha, or jujube tea, made of small Korean dates with a juicy flavor. Very different in taste, but also extremely popular, is buckwheat tea. This ingredient is also used a lot in traditional Korean dishes, such as noodles or bread. If you enjoy sweet and sour citrus flavors, yuja-cha is for you. With the consistency of marmalade or jelly, this tea is simply stirred into hot water and enjoyed during cold weather. You can buy a good selection of tea from any food market or supermarket around Seoul. 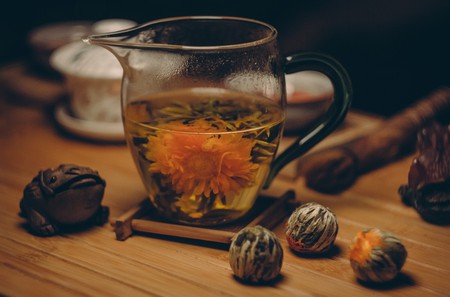 One of the most significant pieces of paper art in Korea is buchae, or paper fan. These colorful fans are available in a variety of designs and colors. During the Joseon Dynasty, the fans were used in traditional dance as well as shamanic ceremonies at court. You can find them today especially in areas such as Insadong, where local artists still appreciate the tradition of this old art form.

Most artists and calligraphers, as well as officials like to use the traditional dojang seal stamps in Korea. The seals are traditionally made of wood, gold or even jade. Today, you can find various artists around Seoul who specialize in the making of personalized dojang seal stamps. If you appreciate this ancient Asian tradition, you can get your own seal engraved with your Korean or Chinese name around Myeongdong, Insadong, and Bukchon in Seoul.

One of the more extravagant souvenirs you could get while in Korea are traditional dresses, also referred to as Hanbok in Korean. A woman’s hanbok consists of a blouse, jeogori, and a wrapped skirt, chima. The male version also features a jeogori as well as baji, loose-fitting pants. This traditional clothing dates back to the Joseon Dynasty. However, many Koreans wear hanbok for special occasions such as weddings and holidays still today. In Seoul, you can easily spot local and foreign tourists wearing hanbok while sightseeing. A popular place to purchase your own hanbok is Dongdaemun Shopping Complex. If you don’t want to buy your own, you can also rent a hanbok for a day. 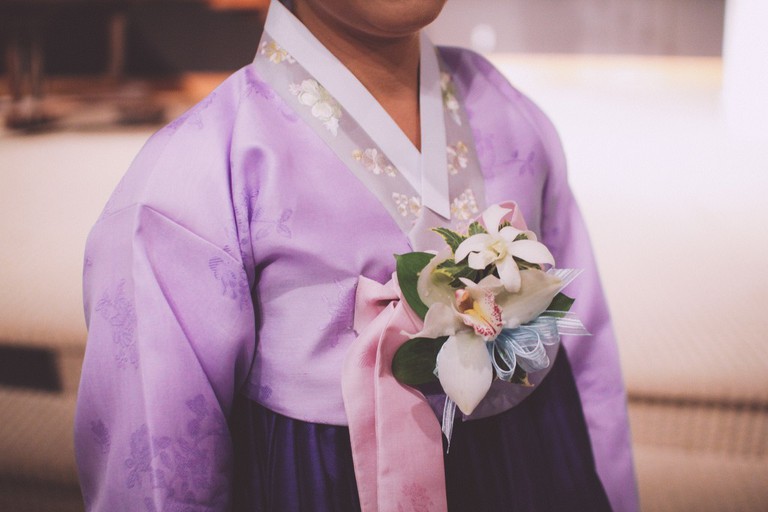 Delicately embroidered with traditional symbols and flowers, Korean Pillosw don’t only look absolutely beautiful on the outside but are also unique on the inside. In fact they are traditionally filled with buckwheat husks which will adjust perfectly to everyone’s individual head shape. They’re incredibly cozy and recommended by doctors around the world to stabilize the spine at night and induce deep sleep. You can get your own at big supermarkets and Namdaemun Market.

Famous around the world, Korean ginseng has extremely powerful health benefits. While it’s certainly on the more expensive side, it is the perfect gift for those looking to boost their immune system. People from all over the world come to Korea to purchase local ginseng. Today it is also consumed as energy drinks, liquor or tea. Visit the Seoul Herbal Medicine Market to purchase ginseng.

Koreans are obsessed with seaweed. They don’t only consume it in soups, but also munch on it in a dried form as a snack. In fact, dried seaweed contains a lot of helpful antioxidants to boost health. In Korea, you also have the choice between a wide range of different flavored seaweed snack, from olive oil and onion to wasabi and spicy chipotle.

Hanji is the traditional art of papermaking in Korea. There are still a few traditional masters passionately producing hanji in South Korea. This Korean paper is used in a variety of different ways. You can find lamps, fans, calligraphy rolls, cards, umbrellas and even clothes made of hanji. Over hundreds of years, hanji was also used for windows, walls, and doors in traditional Korean houses. Another popular hanji gift idea is small storage boxes made of hundreds of thin layers of Korean paper. The best place to purchase hanji items in Seoul is Gyeongil Hanji Department Store or make your own at Hanji Chueok craftshop. 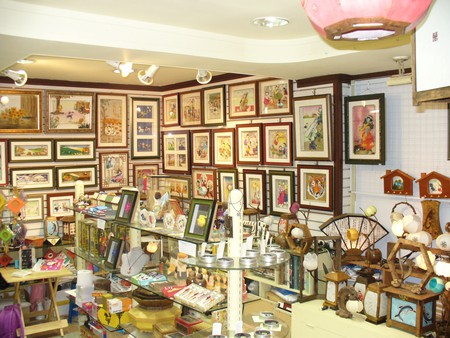 Traditional Korean drink, Soju should be high up on your souvenir list. Traditionally made from rice, wheat, or barley, it is usually consumed neat. In recent years, soju producers have come out with a variety of flavored options, such as grape, grapefruit, citrus and peach. Koreans follow a strict drinking etiquette that includes holding the glass with both hands when receiving a glass from an elder as well as bowing the head.

Korean ceramic history dates back to 8000 BC. Traditional artists liked to contrast colors by using a colorful glaze. The traditional celadon glaze has a jade-green color and is highly popular in South Korea. You can get your own set at the National Souvenir Center in Insadong.