10 South Korean Films That Will Warm Your Soul 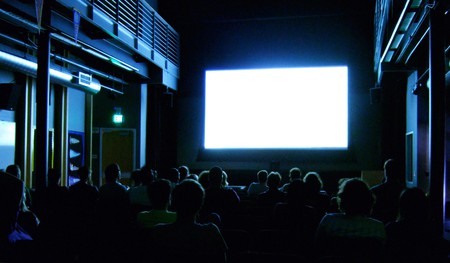 Gaining recognition at some of the world’s top film festivals, Korean cinema has begun to attract audiences from all corners of the globe in the last few years. The following are some of the country’s most heartwarming films that are sure to make you laugh, cry and everything in between.

When Na-mi coincidentally runs into a close childhood friend in the hospital and learns that her days are numbered, she makes it her goal to fulfil her friend’s dying wish: to reunite their high school friendship group. The group reunites one by one and they are taken back to a time when life’s biggest problems revolved around boys, fashion and big hair. The film successfully captures just how much of an impact friendship has on our lives.

Gi-joon is the owner of an agency that assists people in locating their long-lost loves. His first client is Ji-woo, who hopes to find Jung-wook, a man she fell in love with on a trip to India some years ago. The pair travel the country on a desperate search to find him. It is only when Jung-wook himself contacts Gi-joon in search of Ji-woo does Gi-joon realize he has fallen in love with his client.

Ha-yeong is dumped by her boyfriend on the 100th day of their relationship, an important milestone for Korean couples. Hyeong-jun is drop-dead gorgeous and extremely wealthy, but is not interested in dating. Out of anger, Ha-yeong kicks a can, which hits Hyeong-jun in the head and causes him to crash his convertible. Unable to pay for the damages, Ha-yeong is convinced to become his slave. The two inevitably end up falling for each other.

Hong-sil is extremely frugal and consciously saves every penny, all in pursuit of having enough to fulfill her life’s desire. She meets a young man who is the exact opposite, and takes it upon herself to teach him how to save money. The film is an excellent commentary on how people often spend their money on material things, only to realize they don’t add much value to life.

A man with mental disabilities is wrongfully charged for murder and sent to jail. There, he makes friends with a gang of criminals who work together to help him to see his daughter by breaking her into the prison.

Everyone has issues, but Woo-jin’s identity crisis is a new one. A new one every day, that is. Each day, he wakes up in a different body, with a different age, gender or even nationality. The only thing that remains constant is Yi-soo, the love of his life. With each transformation, Woo-jin must learn how to return to his body so he can be reunited with Yi-soo.

Ji-Ho returns to her hometown from overseas when she can no longer continue her career as a pianist. She soon meets an old friend who, despite his age, still has the mind of a child. He is determined to look after his sister and still remembers his first love, Ji-Ho. In a world where most are only concerned with their own lives and personal agendas, Miracle of a Giving Fool is a much-needed reminder that people are fundamentally good.

Set during the Korean War in 1950, Welcome To Dongmakgol is a comedy with feelings. Soldiers from both North and South Korea, along with an American pilot, find themselves in a secluded village. Its residents are largely unaware of the going-ons of the outside world, including the war.

A young girl living in the countryside meets a boy who behaves like an animal. She soon learns that he is in fact a werewolf. Despite her initial fears she works to ‘housetrain’ him so he might one day live like a normal human being. After opening her heart to him, the werewolf begins to fall for the girl, the only person who has ever treated him with kindness.

Young-goon believes she’s a cyborg. When she begins hearing voices and harms herself, she is hospitalized in a mental institution where she doesn’t eat and talks to inanimate objects. It is there that she meets fellow patient Il-sun, a ping-pong enthusiast who makes it his goal to get her to eat.