10 Korean Manhwa You Should Read Now 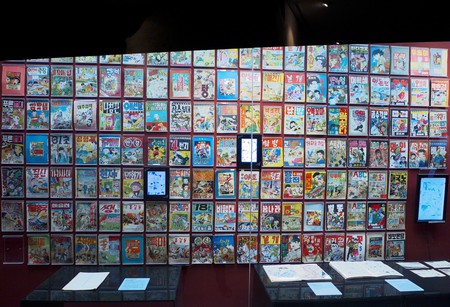 Like Japanese manga, the word manwha is derived from the Chinese word manhua, meaning ‘comics’. It refers to all South Korean-published comic strips and graphic novels, although since the early 2000s the genre has been dominated by webtoons, which makes for a very different reading experience to paper comic books. Like Korea, the world of manwha is hugely creative, technologically advanced, and sometimes goes to very dark places. It provides a unique viewpoint onto Korean identity and culture. Here are ten of the best manwha titles out there.

Noblesse is a great manhwa to start with if you’re curious about Korean daily life, but also want a hearty dollop of fantasy. The story follows Rai, a powerful noble who had been asleep for 820 years before waking up in an abandoned building in South Korea. To integrate into this new world, he enrolls in the local high school and makes friends there who teach him about technology, maps and instant noodles. Along the way, they discover secrets about his past and battle a secret organisation. It’s been running since 2007 and shows no signs of stopping, so there’s plenty to get your teeth into.

Hellper is an action-packed supernatural thriller. The leader of a notorious biker gang dies and finds himself with a one-way ticket to Hell — unless he can redeem himself by collecting bracelets from the wrists of a hundred other Hell-bound souls. In limbo as a ghost, he has to race against time to obtain his ticket to Heaven. Remember that manhwa are read from left to right, to avoid confusion.

The Bride of the Water God

Driven to desperation by unending drought, Soah’s village decide to sacrifice the most beautiful girl to appease the Water God. Soah is chosen, but instead of being killed by a monster, she is unexpectedly rescued and taken to the Water God’s kingdom. The manhwa is beautifully illustrated and delves deep into Korean mythology, creating a fantasy world you won’t want to leave. It was turned into a live-action television series, The Bride of Habaek, in 2017.

A post shared by BrideOfTheWaterGod_Picture (@brideofthewatergod_picture) on Sep 5, 2017 at 5:49pm PDT

Cheese in the Trap

This romantic comedy is tinged with tension and thriller-worthy elements. It follows hard-working student Hong Sul as she navigates college life — and her newfound involvement with Yoo Jung, a college senior known as ‘Mr. Perfect’. Although he’s known all over campus for being smart, popular and handsome, Hong Sul begins to discover Yoo Jung’s dark side, and drama ensues. Cheese in the Trap was made into a live-action television series, released in 2016.

Lookism is an interesting counterpoint to the hallyu wave‘s dominant, picture-perfect aesthetic. Park Hyung Suk is an overweight, unattractive high school student who lives a life of daily humiliation at the hands of bullies. Suddenly, he finds himself with two bodies — his old, ugly body, and a new, devastatingly attractive one. He spends his days at school, where he finds himself popular due to his newfound good looks, and works night shifts in a convenience store in his old body. As he finds himself with friends for the first time in his life, he finds it harder and harder to escape detection.

Does anyone of you also read Lookism? Gosh, I love this webtoon. If you have not already read it, go to Webtoon and do it. At first it may look like an average high school romance comic or a shōjo, but it isn't. I repeat IT ISN'T! Its a story about an "ugly" (please don't hate me (个_个) ), fat boy, who just got bullied on his old school and then transferred. But then he just got another very, very, very, very, (I repeat) VERY good looking body. So he lives in two different bodies and always switch them. The old one for the night, for working, the new one for morning, for school. Also there are lots of trouble makers and gangs, who he has to deal with. I just wanna say please read! The story is sometimes sad, sometimes funny and very often really true (of course, a story about a boy with two bodies have to be realistic, just kidding). Also the artwork is beautiful. And if all that did not make you read it; The comic has a very high yaoi potential.😏 (well you can not really define the love interest of the main character) Well, i wrote more than planned. Sorry for bad english 😖 Follow for more => @kanekis_girl Tags: #webtoon #webtoonlookism #lookism #lookismwebtoon #comic #kanekis_girl

The Breaker is another manhwa that starts off with a bullied high school student. This time, the student — named Shiwoon Yi — accidentally becomes the disciple of martial arts master Chunwoo Han, who is undercover on a secret mission in the guise of a teacher. Through training, Shiwoon Yi discovers a burgeoning martial arts genius inside himself, and becomes active in secret (and dangerous) missions himself. Expect fast-paced, action-packed spills and thrills.

This manhwa is all about romance. Sweet, emotional and funny, it follows the relationship of two teenagers who consider themselves best friends — but other people think differently. Are they really just friends? Something About Us is slated for release as a live-action K-drama in 2018.

A gripping psychological thriller, Bastard tells the story of Jin Seon, a wealthy teenager who bears the scars from a severe fall in his childhood. Far more difficult to bear, however, is his dark secret — he lives with a serial killer. The manhwa covers some weighty issues, including father-son relationships, redemption and the nature of good and evil, but it’s all packaged in a page-turning way. Don’t read alone on a dark night.

After many years spent in hiding, Prince Wolfgang returns to the royal court. At first, he rejects everything it stands for, but as he becomes closer with royal catamite Shin Soohyuk, he begins to see the value of political expediency. The flames of rebellion — and romance — have been lit. Expect lots of scheming, sumptuous images and some action, as Wolfgang learns the ways of the court and grows into his true powers.

A story about self-acceptance and following your own path, Spirit Fingers tells the story of Song Woojeon, an ordinary high school student struggling to keep up with her genius elder brothers’ former grades. One day, she is approached by the members of Spirit Fingers — a drawing club composed of people with fingers ‘filled with soul’ — and through joining, discovers her own unique strengths and makes loyal friends. Expect comedy, teenage rebellion and romance.