10 Animals Native to South Korea and Where to See Them 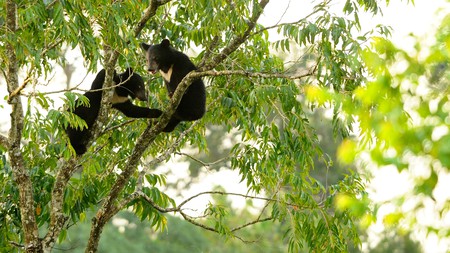 South Korea‘s diverse wildlife includes more than 18,000 species of animals. Though large mammals like tigers, bears and leopards have all but disappeared over the past century, the country is still home to a number of majestic creatures. Here’s a guide to where to find them.

The white-naped crane is a large species of crane that inhabits grassy marshes, wet meadows and reed beds in broad river valleys. It has a gray body, pinkish legs, a gray and white neck, a white head and characteristic red patches around its eyes. The eastern populations of the species migrate through the Korean peninsula, often making their wintering grounds and migration staging areas in and near the Demilitarized Zone (DMZ) between North and South Korea. Several hundreds of birds continue on to southern Japan, where they join a large wintering population of hooded crane. 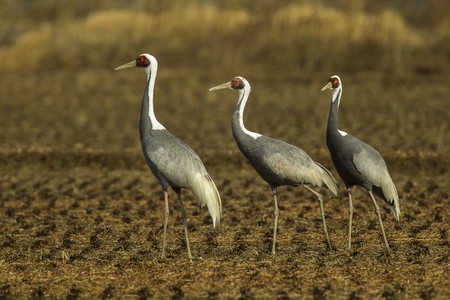 The Asiatic black bear is characterized by its smooth black coat and V-shaped patch of white fur on its chest. It is one of the most endangered mammals in South Korea owing to population declines as a result of human exploitation and habitat fragmentation. To re-establish the black bear population in South Korea, 27 cubs from North Korea and Russian Far East (Primorsky Krai) were imported and released into Jirisan National Park, the largest mountain national park in the country. According to records, the species has also been observed in the thick forests of Seoraksan Mountain in the northeast.

Lynx are solitary cats covered with beautiful, thick fur that keeps them warm during frosty winters. Their large paws are also furry and contact the ground with a spreading toe motion that enables them to function as natural snowshoes. Haunting montane forests in the Korean DMZ, these stealthy cats avoid humans and hunt at night, so are rarely seen. 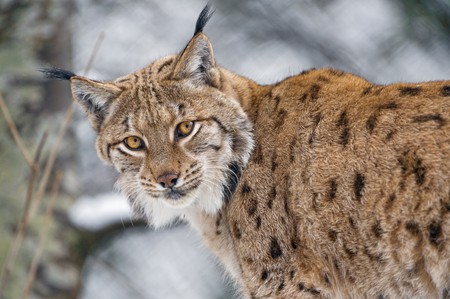 Feeding primarily on small insects, crustacean, and zooplankton, the 7-8 cm (2.76-3.15 inches)-long Kumgang fat minnow is characterized by black dots on its dorsal fin. They can be found in cold water streams with high-density oxygen deep in the mountains. In Korea they inhabit rivers that flow into the Yellow Sea, such as the Han River, Imjin River and Daedong River.

The Siberian musk deer is found in montane forests throughout Northeast Asia. Their small shape allows them to hide from predators through tiny openings in the rocky terrain, and also allows them to run extraordinarily fast from their predators. Although the deer bear fangs, they are actually herbivores. In Korea, the Siberian musk deer can be spotted in Gangwon and Jeollanam provinces. 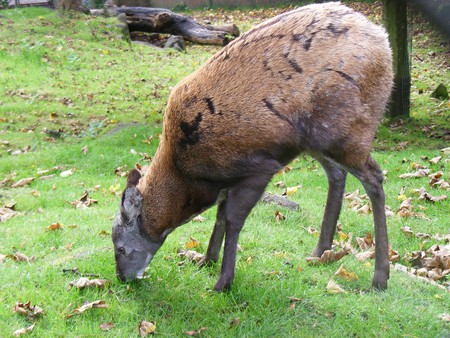 Known for their flamboyant and eccentric aesthetic, the male mandarin duck has a white brow line, yellow fan-shaped wing feathers, and a red beak, while the female boasts a thin brow line and a black beak. Designated a national natural monument, these rare resident ducks reside near mountain streams throughout the peninsula, particularly in the Gumisan and Tohamsan mountain regions.

The common minke whale is a species of minke whale within the suborder of baleen whales, widely distributed from the equator to the polar regions. The population of common minke whales in Korean waters, such as the East Sea, has diminished greatly over the past decade due to illegal hunting, which is itself fueled by high prices paid by local restaurants for the meat. The South Korean coastguard has, however, increased its efforts to crack down on illegal hunting and coast guard officials have been catching more and more poachers involved in the hunts. 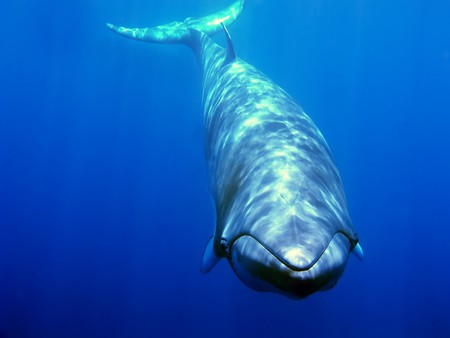 This species of wild goat, which boasts a short neck, short thick legs, pointed tiptoes and horns, forms groups of two-five and resides in rocky areas or caves that other animals have difficulty accessing. It is estimated that some 700 live in South Korea; around 100-200 are found in the Seoraksan Mountain region, while others can be spotted around Woraksan, Odaesan, Woraksan and Taebaeksan Mountains.

Amur leopards, one of the world’s rarest big cats, were once widely distributed throughout Korea but were driven to near critical extinction due to decades of war and mass poaching. It’s believed that only about 70 remain in the wild. These animals reside in high dense forests, mostly at the DMZ. Seoul Zoo recently announced it is pushing to introduce Amur leopards in an effort to help restore Korean leopards. 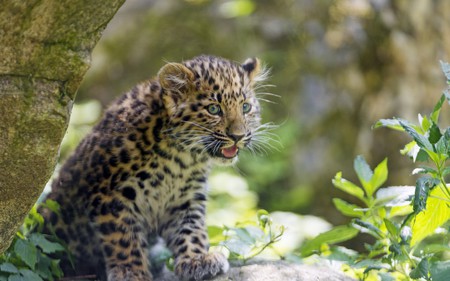 The Korean crevice salamander dwells under rocks in limestone forest areas of the Korean peninsula, and is the only lungless salamander known from Asia. Discovered in Daejeon in 2005, the species is considered locally common, and reasonably widespread, but has not been well studied in the field. Therefore, its natural history, population dynamics and reproductive behavior remain unknown.