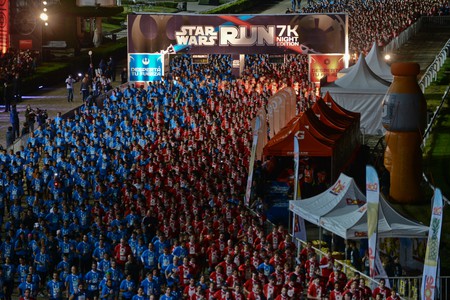 Star Wars fans in Singapore are getting excited for the May the 4th weekend, which will see Star Wars descend on Gardens by the Bay and Singapore like never before with a three-day festival ending with a themed running event to celebrate the 40th anniversary of Star Wars: A New Hope.

The festivities kick off with the three-day Star Wars Day: May the 4th Be With You Festival taking place in the Gardens by the Bay Supertree Grove. Each night, after dark, fans will be treated to a Star Wars Light and Music Showcase which will see the Supertrees transformed into SaberTrees. The SaberTrees will light up at 8 p.m. on May 4th and 7 p.m. on May 5 and 6. 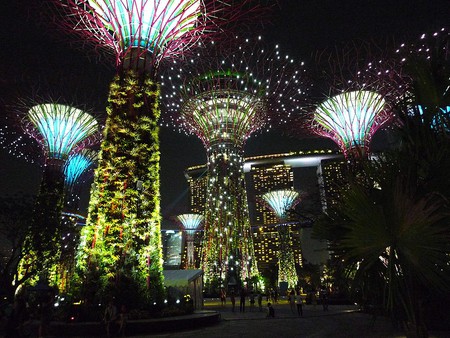 Supertree Grove at Gardens by the Bay | © tee_eric/WikiCommons

During the festival, the newly decorated SaberTrees will come to life with the Garden Rhapsody: STAR WARS Edition, a 15-minute musical and light performance backed by the all familiar Star Wars soundtrack. These performances will occur nightly at 7:45 p.m. and 8:45 p.m. On May 5 and 6, the show will end with a Star Wars-themed silent disco.

Young Star Wars fans will be thrilled with the characters who will be making appearances during the three-day festival. Both Dark Side and Light Side fans will be thrilled by appearances by the likes of Rebellion hero Chewbacca and Kylo Ren, a warrior from the First Order. While waiting for these characters to appear, look for the All-Terrain Stout Transport from Star Wars: The Empire Strikes Back. The towering replica will be guarding the Supertree Grove over the course of the festival.

The three-day festival will be capped off with Singapore’s inaugural Star Wars run on May 6. There will be a competitive ten kilometer run starting at 7 p.m. and a non-competitive 4.5-kilometer run starting an hour later. Participants can choose whether they want to run for the Dark Side or the Light Side and will receive the running pack to match that preference, which includes a t-shirt, medal, drawstring bag, and plush toy; Yoda for the Light Side and Darth Vader for the Dark Side. 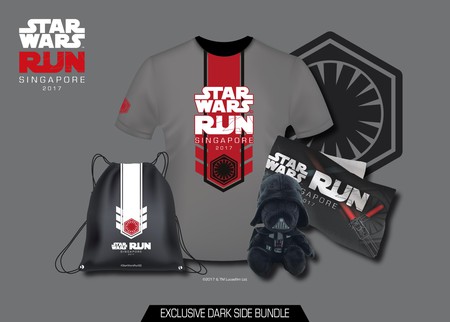 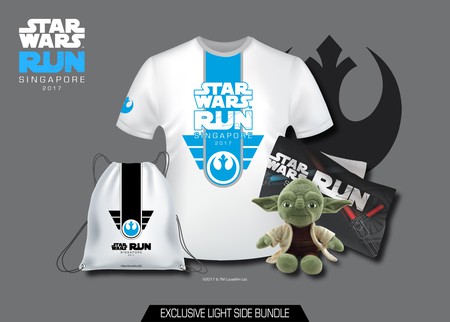 The fun’s not over after the run, as the race village will light up with themed activities, local eateries will offer food and beverage options, and there will be an outdoor screening of Star Wars: The Force Awakens.

Admission to the May the 4th Be With You Festival is free, however, registration fees apply to the Star Wars Run.