Singapore-based Tan Swie Hian rose to fame when he became the most expensive living artist in Southeast Asia. In 2012, Hian’s oil and acrylic painting titled When the Moon Is Orbed sold at auction in Beijing for $3.7 million. This was his first piece of art to be sold in China. We look at his continuing ascent in the art world and the inspiration behind his sought-after work. 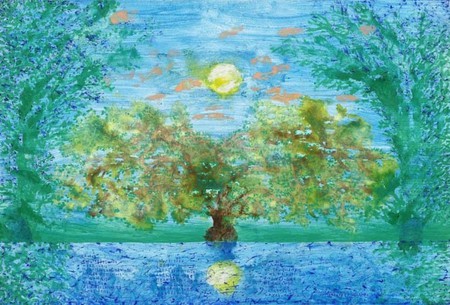 Tan Swie Hian broke his own record in November last year when his painting, Portrait of Bada Shanren, sold for 20.7 million renminbi ($4.4 million) at a Poly International Auction sale in Beijing. Tan Swie Hian, aged 71, is a self-taught poet, sculptor, artist, calligrapher, and costume designer. He was born to Chinese parents in Indonesia and migrated to Singapore in 1946, where he was educated at the Chinese High School. He went on to graduate from Nanyang University in 1968 with a degree in English and French and found work as press attaché at the French Embassy in Singapore. He continued to pursue his passion for art and went on to hold his first exhibition in 1973 at the National Library on Singapore’s Stamford Road. That same year, Tan Swie Hian converted to Buddhism. After 24 years with the French Embassy, he left his position to pursue art full-time.

Tan Swie Hian is an inspiring, talented artist, and his work fetches such a high price at auction that people want to learn more about the mastermind behind the astonishingly expensive paintings. Hian is a multidisciplinary artist who has broken barriers with his innovative art pieces that mix the East with the West and draw wealthy buyers to bid on his works. So, where does Hian get his inspiration? 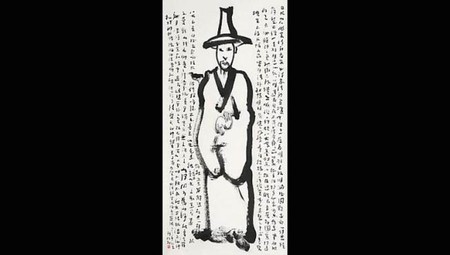 Almost 400 years ago, a Ming prince in Singapore became a Buddhist monk as a strategy to survive the collapse of the Ming Dynasty at the feet of the Manchu warriors. The former Ming Prince poured his anguish and heartbreak into ink paintings and became known as the Bada Shanren, meaning “Mountain Man of the Great Eights.” In 2013, Tan Swie Hian was meditating when he claims he had a vision of the Bada Shanren. He said he etched out his Portrait of Bada Shanren in 60 seconds, using only Chinese ink on rice paper. It was these 60 seconds that fetched the artist $4.4 million for the painting at auction last year. 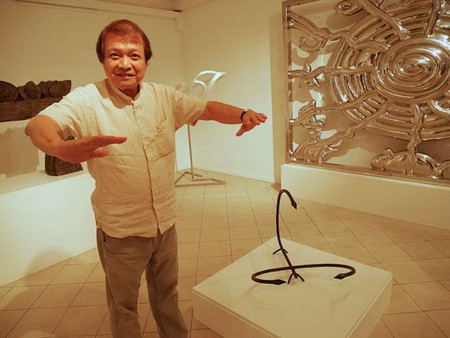 Tan Swie Hian in front of his sculpture of a scorpion at the Tan Swie Hian Museum, Singapore | © Ovilj/WikiCommons

As a Buddhist himself, Tan Swie Hian has strong roots within Chinese arts and literature, which he blends with the links he has formed in Western culture, for example working at the French Embassy in Singapore. It is this seamless combination that makes his art so unique and invaluable. His amazing art creations ooze spiritual knowledge and wisdom. Critics say that for a Singapore artist to have made such a name for himself in the Chinese art market, he must be of a high calibre. Tan Chai Puan, a Malaysian culture columnist for Lianhe Zaobao Newspaper in Singapore says, “He’s put Singapore firmly on the international cultural map.”

Painting is not Tan Swie Hian’s only talent. Over four decades he has tried his hand at calligraphy, poetry, sculpture, and costume design. His works aren’t represented by any galleries, but he has caught the eye of a few private collectors including Tan Tien Chi, who in 1993 opened the Tan Swie Hian Museum in Singapore. Tan Swie Hian published his first collection of modern poetry, The Giant, in 1968, and to date, he has had 39 publications of poetry, essays, stories, criticisms, and translated works to his credit. 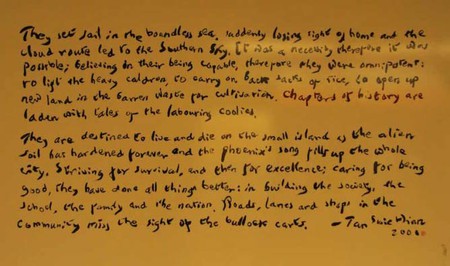 With the excitement not yet over from his recent success, Tan Swie Hian is already back in his studio preparing for his next exhibition in Singapore in 2016. He is a cultural icon in Singapore, and in 1987 he was conferred the Singapore Cultural Medallion. In 2003 he was presented with the prestigious Crystal Award by the World Economic Forum for outstanding artistic achievements, and that same year, the President of Singapore awarded him the Meritorious Service Medal. Tan Swie Hian has been quoted as saying, “I create to show how a free mind functions,” and it sounds like his free mind and the success of his art work is only going to keep growing. 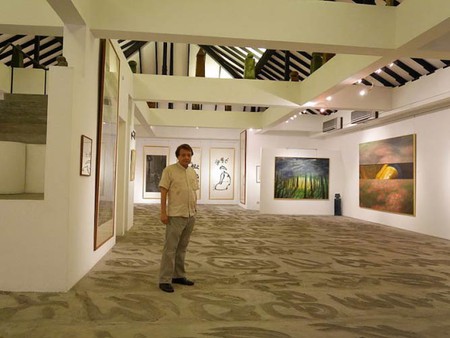 On the ground, a large calligraphy traced by Tan Swie Hian when the cement was still wet | © Ovilj/WikiCommons
Give us feedback