The Most Delicious Booths At PasarBella, Suntec City 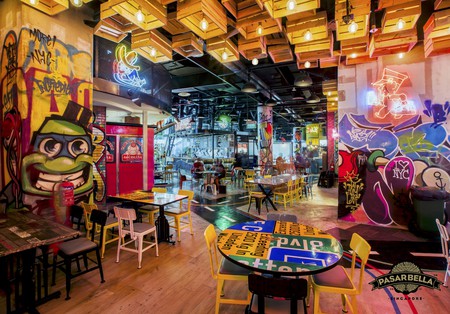 Courtesy of PasarBella at Suntec City

When the inaugural PasarBella was announced in 2013, Singaporeans were excited to be getting an artisan crafts and gourmet food market, inspired by the likes of Covent Garden in London. However, there was just one problem; the market was opening in the Grandstand, all the way out in Turf City – and this was before the Downtown Line had been extended north to Bukit Panjang. Earlier this year, PasarBella announced they were opening a second location, this time focusing solely on gourmet food offerings, at Suntec City in the heart of the Marina Bay District. Here’s our guide to five stalls you definitely cannot miss at PasarBella at Suntec.

Sarnies first arrived on our sunny shores six years ago, when Ben Lee opened the first branch in Telok Ayer with plans to serve Australian coffee to busy office workers in Singapore’s Central Business District (CBD). It soon developed a loyal following thanks to its great coffee and welcoming atmosphere. Now Sarnies has expanded to a second location, with a ramped up menu serving up its signature ‘Aussie style’ coffee, as well as artisan teas and snacks. If you’re feeling indulgent, go for the Sarnies brownie and be prepared for a chocolate explosion, while if you’re on a health kick, Sarnies still has you covered with their Cocowhip. The latest healthy snack craze, Cocowhip is a soft-serve snack made with coconut water, coconut powder and vegetable-sourced stabilizers, making it vegan, gluten-free and dairy-free! In the past year, Sarnies was recognized for their coffee quality by City Nomads and charted first on Bean Hunter’s list of best cafés in Singapore. 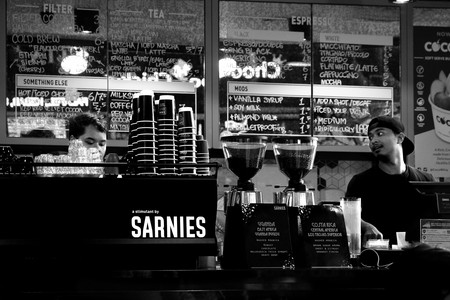 Kitschy name aside, Pimp My Salad is going to take your lunch game to the next level. Before you roll your eyes and think it’s impossible for a salad to get you through your hectic work day, read on to see just how pimped these salads are. Opened by Ben Lee (yes, the same bloke who’s behind Sarnies Café), Pimp My Salad is setting out to prove that ‘quick’ and ‘healthy’ don’t need to be mutually exclusive when you’re getting lunch on the go. Salads start at $15 and consist of one protein and two vegetable options on a base of spinach or mixed greens. It may sound like a lot of other salad bars around the island, until you look further into the protein options: with your choices including slow roasted rosemary lamb shoulder and oven-baked salmon, these are not your average protein picks. And if you’re feeling super lazy, Pimp My Salad is now available on UberEats. 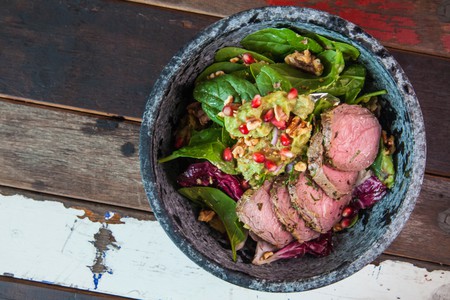 Choo Choo Chicken is Singapore’s latest addition to the hallyu movement that’s been taking over the world. Serving up delicious Korean-style fried chicken, Choo Choo Chicken offers several side options, one of them being their unique ramen, which is served with fried chicken, or you can enjoy it in a set, with a rice burger and toppings of your choosing. We recommend the beef and kimchi option! 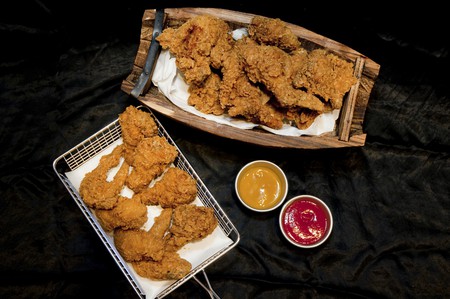 Rollie Ollie serves up a fusion of Japanese, Korean, Californian and Hawaiian food. It sounds like a lot of flavors, but they end up working really well together! Their menu is divided into two sections; rolls and rice bowls. You can get each of the rolls as part of a lunch set, which includes a half roll, soup and salad. Try the Heat Wave with spicy tuna, avocado, pepper grass and spicy mayo. Where their fusion cuisine truly shines however, is with the poke bowls, which are essentially the Hawaiian version of Japan’s don – a rice bowl topped with veggies and raw fish. Try their classic Aloha Poke with salmon, tuna, fresh vegetables and a sesame-soy dressing. Or, if you’re feeling adventurous, go for the spicy Seoul Surfer which sees tuna and salmon topped with Korean-inspired ingredients, including radish, seaweed and flying fish roe, topped off with a sesame-red pepper dressing that gives it a delicious kick. 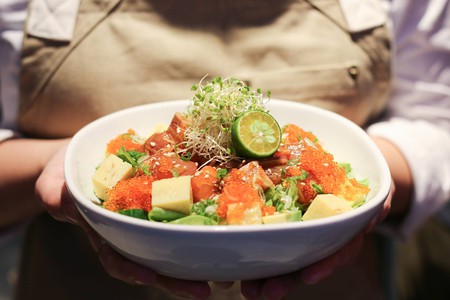 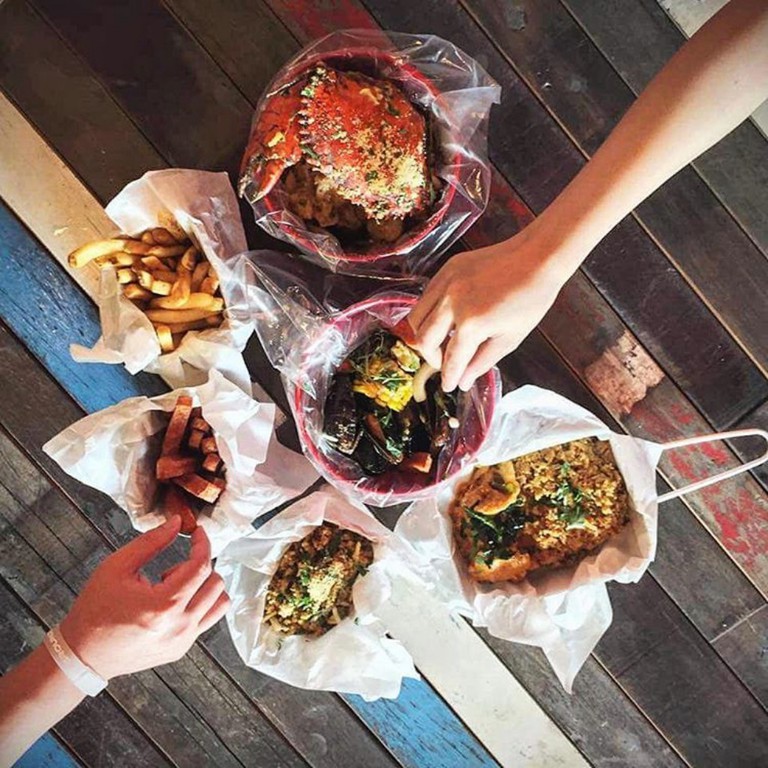 Cajun on Wheels, Singapore | Courtesy of Cajun on Wheels
Cajun on Wheels brings a messy and delicious seafood feast to PasarBella at Suntec in true Singaporean fashion with a Louisiana twist. This is not somewhere to eat alone, as the best way to sample their menu is to try their sets, which are all huge and meant for several people. They have four buckets, ranging from the giant Olympian Bucket meant for three to four people – with generous servings of Scottish dungeon crab, Sri Lankan crab, prawns, mussels and corn – to the more moderately sized Just Be Shellfish bucket, which is heaped with prawns, mussels and white clams as well as a bits of corn and potatoes. Once you’ve chosen your meat, choose from one of four sauces – Cajun cheese, cheesy cream, salted egg yolk or the fiery Thai red curry. Be sure to grab one of their plastic bibs because you’re in for a messy meal!Getting to Suntec City couldn’t be easier thanks to its downtown location. For the MRT, take either the Circle (Orange) or Downtown (Blue) Lines to Promenade Station and then you can follow the signs for about five minutes through the underground passageway.
Open In Google Maps
456, 459-461 Downtown Core, Singapore, 38983, Singapore
+6598543852
Visit Website
Give us feedback
Give us feedback