The History Of Singapore's Golden Mile Complex In 1 Minute 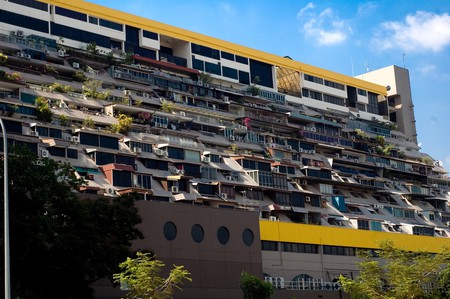 The Golden Mile is the land between Beach Road and Nichol Highway where the Golden Mile Complex and Golden Mile Tower are situated. In the 1960s, the area was overrun by squatters, and the government gave the land this name with plans to significantly redevelop it.

In the development stage, the Golden Mile Complex was meant to be a revolutionary addition to the Singapore skyline. With its location along the Kallang Basin, the government’s plan was to build a mixed-use building – one of the first of its kind that would have shops, apartments, and offices together. The Golden Mile Complex was completed in the early 1970s, and in its early years, it was well received. The residences were in high demand, and the staggered design of the building meant that each place had a balcony that opened to unblocked views of the sea. 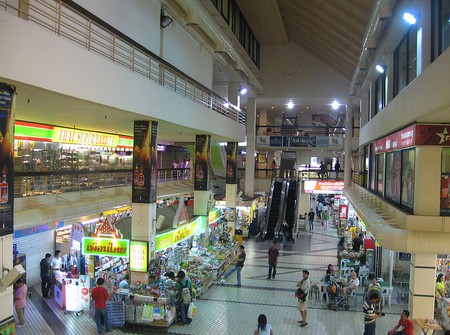 Two decades later, opinions about the Golden Mile Complex were strongly divided. Following a fire in 1995, police reports of fights breaking out nearby, and the general disrepair of the building, politician Ivan Png famously referred to the Golden Mile Complex as a ‘vertical slum.’ The fact that many of the tenants would repair their balconies with corrugated metal or patch boards did not help its growing reputation as being one of Singapore’s biggest eyesores.

Today, the Golden Mile Complex has become very popular with the Thai community and is sometimes referred to as Little Bangkok. The present-day makeup of the retail space reflects that trend with the Golden Mile Complex home to Thai nightclubs, restaurants, and a large Thai and Vietnamese grocery store. It also caters to many tour bus companies, with buses constantly leaving for Malaysia. Opinions about what to do with the Golden Mile Complex are still contentious, even among owners. There have been several attempts to sell the building; however, disagreements between the residential, corporate, and retail owners have prevented these sales from going through. 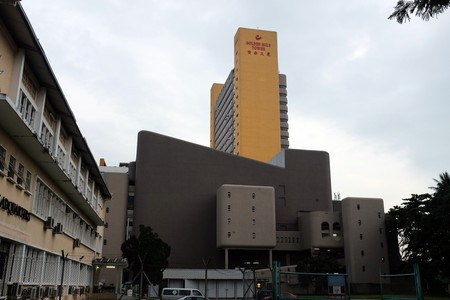 Connected to the Golden Mile Complex is Golden Mile Tower, though its history is considerably less exciting than its neighbor. Its brutalist design is also more at home in the city-state as it was an architectural style popular when the building was erected in the 1970s. Previously used for corporate offices and retail space, today, the Golden Mile Tower has more vacancies on its higher floors than tenants, and a stroll through the hallways of the mall shows that many of the old shops have been permanently shuttered. However, The Projector, an independent cinema that took over the top floor of the Golden Theatre, is helping to rejuvenate the area among young Singaporeans and film lovers.