The Finest Singaporean Chefs You Need to Know About 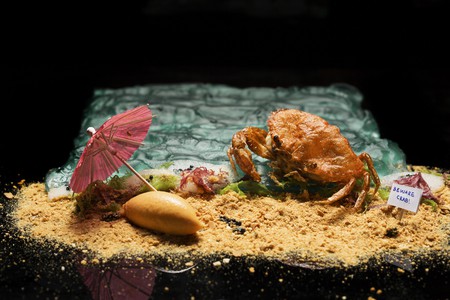 There are two things people in Singapore love to do more than anything else: shop and eat. No matter what type of culinary adventure you’re looking for, the Lion City boasts food from all over the world, unique dining concepts like eating in the dark or in an underwater restaurant, and even what must surely be the world’s cheapest Michelin-starred meal. Here are five trailblazing chefs who have been instrumental in raising Singapore’s culinary profile to an international level.

Now one of the city-state’s most famous chefs, Justin Quek came from humble beginnings; one of 12 children supported by a roadside fruit stall. Quek’s training followed an unconventional route: immediately following his mandatory National Service, he spent two years as a ship steward, before enrolling in a post-secondary tourism program. After working for several years under French chef Bertrand Langlet, Quek took a leap of faith and used his life savings to travel to France and cook in some of the world’s most demanding kitchens. Next, he undertook a series of restaurant ventures in Shanghai and Taipei, then returned to Singapore in 2010 to focus his attentions on Sky on 57, an Asian-French fusion eatery perched atop the Marina Bay Sands hotel. His culinary style shines through in items like his signature Foie Gras Xiao Long Bao, a Chinese soup dumpling with a foie gras accoutrement.

Happy birthday to Nic – it's such a pleasure to be working alongside this passionate young man as the principle advisor for the coming season of reality cooking program #12道鋒味, to be shown on #浙江卫视 soon. Watch out for it! 喂Nic, 我这个老"校长"给你祝寿啦。能成为《12道锋味》历来第一个被任首席顾问的国际厨师，与你和一班对美食狂热的制作人，艺人，和美食达人一起制作这个节目，是我莫大的荣幸。新一季即将通过#浙江卫视播出，大家多多支持哈! #chefslife #十二道鋒味 #谢霆锋 #jqsauces

Tan started his career being mentored by Julien Bompard at Ascott Raffles Place, after which he cut his culinary teeth on large-scale fine dining in the discipline-heavy kitchens of Robuchon au Dôme at the Grand Lisboa Hotel in Macau. After that tough but defining experience, he spent several years working as the executive chef at Sky on 57 under none other than famed local chef Justin Quek. With all this invaluable know-how under his belt, he opened Corner House, a self-coined “gastro-botanica” in a century-old colonial house in the Singapore Botanic Gardens. This location perfectly espouses his respect towards herbs and produce, where every item that comes through his kitchen is a potential ingredient. After some initial growing pains, 2016 turned out to be a banner year for Tan when he was was listed in the Michelin Guide Singapore 2016 and then Asia’s 50 Best Restaurants 2016. 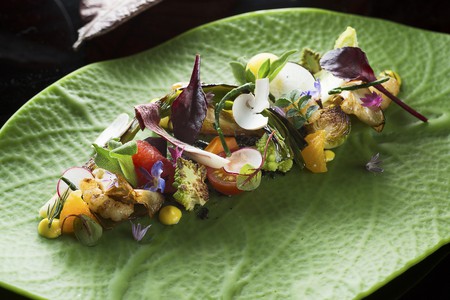 One of Jason Tan's creations | Courtesy of Corner House 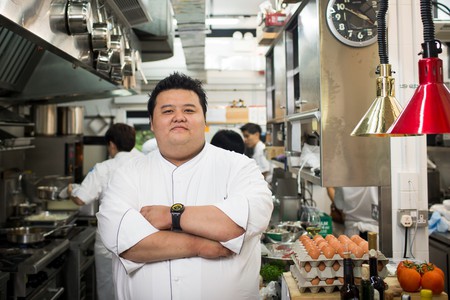 Malcolm Lee spent his early years studying hard to secure the grades to gain admittance to a good university. However, even from a young age, Lee knew he wanted to be a professional chef. His first brush with the kitchen was unplanned; he took a job as a line cook to cover the cost of living during a work-exchange program while at Singapore Management University. Having enjoyed the role so much, he helped manage SMU’s student café when he returned and its success soared to an unprecedented level. In 2008, Lee was awarded the prestigious Miele Guide-At-Sunrice scholarship and jumped at the chance to learn European cooking techniques. During his tenure at the At-Sunrice GlobalChef Academy, the Thai, Chinese and Indian chefs left the biggest impression on Lee, with their mastery of their local cuisines. This is what ultimately led him to open Candlenut, an unpretentious Peranakan joint located in the plush jungle of Dempsey Hill. In 2016, Candlenut became the world’s first Michelin-starred Peranakan restaurant. 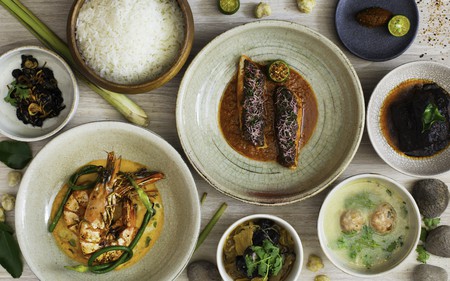 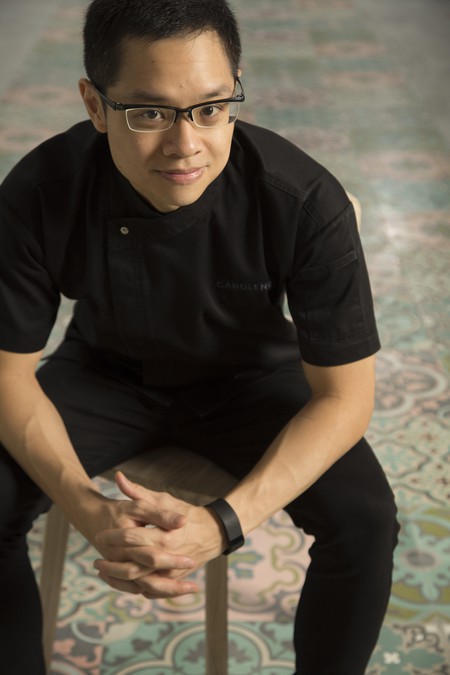 Chef Han has never had any formal culinary training. He studied accounting and finance at the London School of Economics and took a lucrative job with Goldman Sachs. After working with the investment firm for a few years, Liguang quickly realised the industry wasn’t right for him, so he applied to join Mandarin Oriental’s management development program. Upon realising his current salary would be slashed by half, Liguang pursued an alternate route: working weekends at fine-dining Italian restaurant Garibaldi – for free. His ambition? To learn enough to be able to open his own eatery, using the earnings from his full-time job. Quick to learn the art of food science, Liguang’s innovative skills now shine through in the Neo-Sin cuisine he serves up at Labyrinth, his modern Singaporean restaurant. Think chilli crab ice cream, featuring soft-shell crab, chilli ice cream and mantou (fried buns) crumbs. 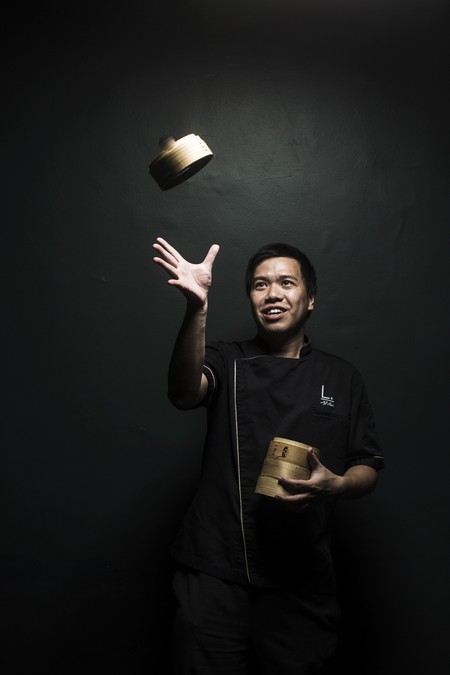 Another talent who started on a more traditional and less risky career path, Janice Wong studied economics in Australia; however, she was soon to realise it was not her calling. A few years later, Wong enrolled at Le Cordon Bleu, with the ultimate goal of becoming a pastry chef. After working under famous names across the globe, she was determined to pursue her passion of raising the profile of dessert – often more of an afterthought and never the main focus of a meal, in her opinion. To that extent, she opened 2am:dessertbar in Singapore, which showcases a menu of what can only be described as artistic creations and often a blend of sweet and savory flavours. 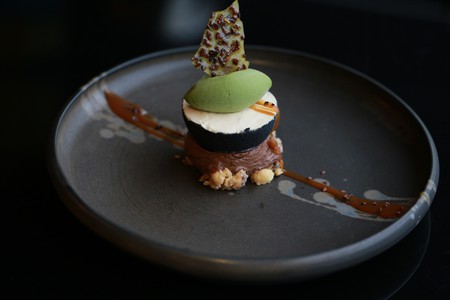