The Best Running Routes in Singapore 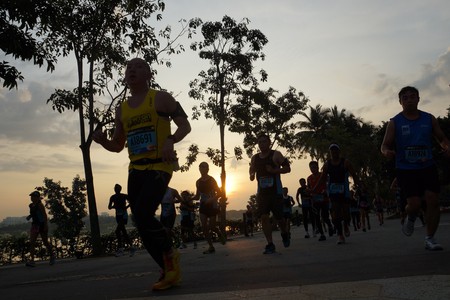 Running into the sunset | © Run Society/Flickr

It is no secret that Singapore is a haven for fitness junkies, but if running is your main sport, there are many outdoor running routes that will give you an up-close experience of the city’s famous skyline and nature parks. So lace up, grab your running buddy and pick a route.

A popular spot for runners and nature lovers, Jurong Lake Park stretches 10 kilometres along the Jurong Lake, passing through picturesque landmarks like the Chinese Garden and Japanese Garden. You can choose to follow the concrete pathway that outlines the lake or take to the gravels and enjoy the scenic view of the lake! 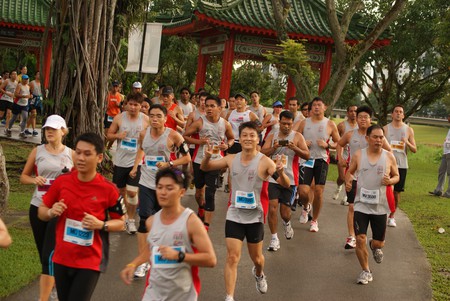 What’s not to love about the infamous Marina Bay skyline? Especially cool in the late evenings, this route is popular with working professionals looking for a break from an entire day of spreadsheets. Take on the urban jungle and run along famous landmarks like the Art Science Museum, Helix Bridge, The Float @ Marina Bay and the iconic Esplanade. 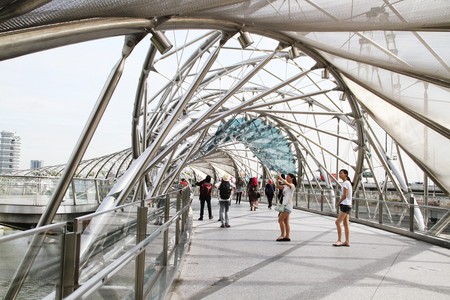 Family friendly and home to numerous running events held across the year, East Coast Park is the quintessential sports haunt for locals residing in the east. The park has a wide pavement that splits between cyclists and runners, making it a safer route for everyone (especially at night). Seasoned runners training for marathons will appreciate the total distance of the track (at approx. 21 kilometers) from end to end. 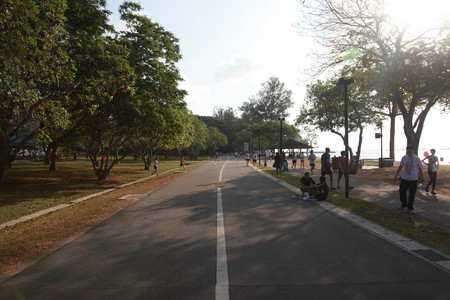 Singapore’s oldest reservoir is loved by runners not only for its sheer size but for its tranquil views and rich biodiversity. With a mixture of trails, boardwalks and steps, MacRitchie reservoir is great for runners of all levels. While the area is remote, the reservoir also includes a few amenities for visitors like toilets, lockers, water coolers and even showers. Running along the trail covers a total of 10 kilometers in a loop, with shorter five kilometer routes available as well. 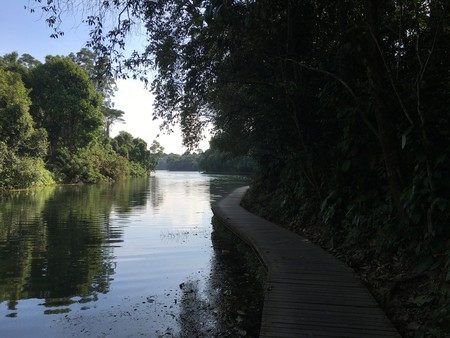 Bask in the tranquility of MacRitchie Reservoir | © Kars Alfrink/Flickr

Another popular recreational site for locals staying in the east, the route along Bedok reservoir covers approximately five kilometers and offers a mixture of pavement and gravel. It is considered one of the most convenient running routes because it is easily accessible by public transport and near residential areas in Bedok. 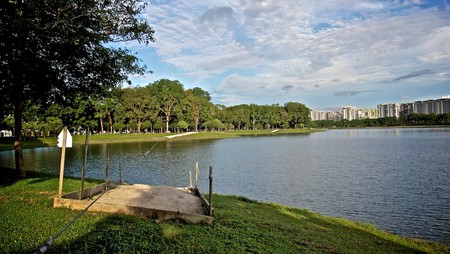 Enjoy the cool breeze and take advantage of the tranquility of Punggol park with a relaxing run on the boardwalk that outlines the river. Punggol park is also part of a bigger network of tracks, allowing you to continue your route into Coney Island and out, which also means that you are able to cover at least six kilometers in total. Do remember to bring along a water bottle and some light snacks; this route can be quite challenging to find amenities along the way. 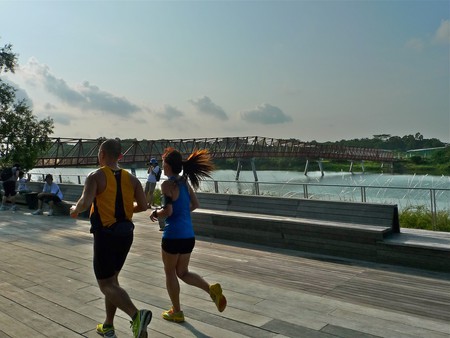 A couple jogs along the Punggol Waterway Park | © tee_eric/Flickr

Nestled in the hills of City Hall area is Fort Canning Park, a great running route for history buffs and those looking for a quick workout. Featuring a mixture of rocky pavement, grass and steps, the three-kilometer route might seem short but will prove to be a good challenge for runners of all levels. 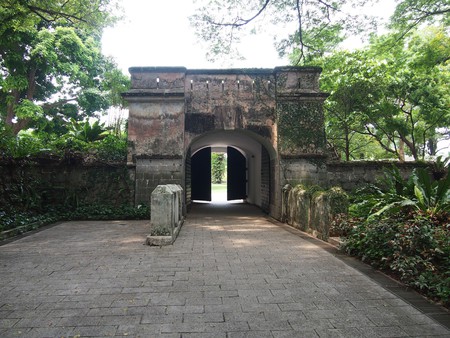