Grilled Meat Platter | Courtesy of Wala Wala
Holland Village started out as a Dutch community in the early 1900s for owners of the nearby plantation estates. Today, Holland Village is a neighborhood frequented by expats, families and young locals. Lorong Mambong, the main street that cuts through the heart of the district, is closed to vehicular traffic on Friday and Saturday nights which helps this vibrant community come alive as restaurants and bars spill onto the pedestrian streets adding a considerable number of tables to their alfresco dining area and creating an excellent place for people watching.

Bar, Gastropub, Restaurant, Pub Grub, Japanese, Thai, Indian, $$$
It’s easy to be put off by Bar Bar Black Sheep due to its menu – generally, you want to avoid a menu that offers four distinct cuisine styles. However, at Bar Bar Black Sheep, you would be doing yourself a disservice as they offer delicious and authentic food from Thailand, Northern India, Japan and the West. From Bangkok staples like green curry and pad thai, through butter chicken from Northern India, their talented chefs are skilfully able to whip up the delicious dishes from the restaurant’s varied menu. And if that isn’t enough to convince you to give them a try, this may be – they are one of few restaurants that don’t charge GST or a service charge on top of their prices and they have an all day happy hour. Bar Bar Black Sheep, 17D Lorong Liput, Singapore, +65 6463 2161
Permanently closed
More Info
Open In Google Maps
17D Lor Liput, Singapore, 277731, Singapore
+6564632161
View menu
Visit website
Visit Facebook page
Send an Email
Give us feedback

D’Good Café was first opened in a quaint shophouse in 2012 by Mike Chin who was inspired to open a café after a prophetic visit to Seoul. Chin designed the café to have several areas where patrons could enjoy a distinct ambiance. The four settings are The Bar, The Lawn, The Attic and The Balcony. As a coffee shop, d’Good is determined to serve not just the highest quality coffee, but also to discover each customer’s coffee preference that even the customer themselves may not be aware of. They call this process the Fourth Wave of Coffee, and it is performed through three steps; questioning the customer about their taste profile, helping the customer to select a blend of beans and finally blending, brewing and even naming each customer’s unique coffee blend. Besides coffee, d’Good also has an impressive menu where classic dishes have received a modern twist. You can enjoy the velvety deliciousness of poached eggs without the calories with their Portobello eggs Benedict. Or try another favorite, the fresh sea prawn aglio olio from the main courses. Whatever you choose, be sure to save some room for their in-house creation for dessert, the d’Good maple sea salt cheesecake. 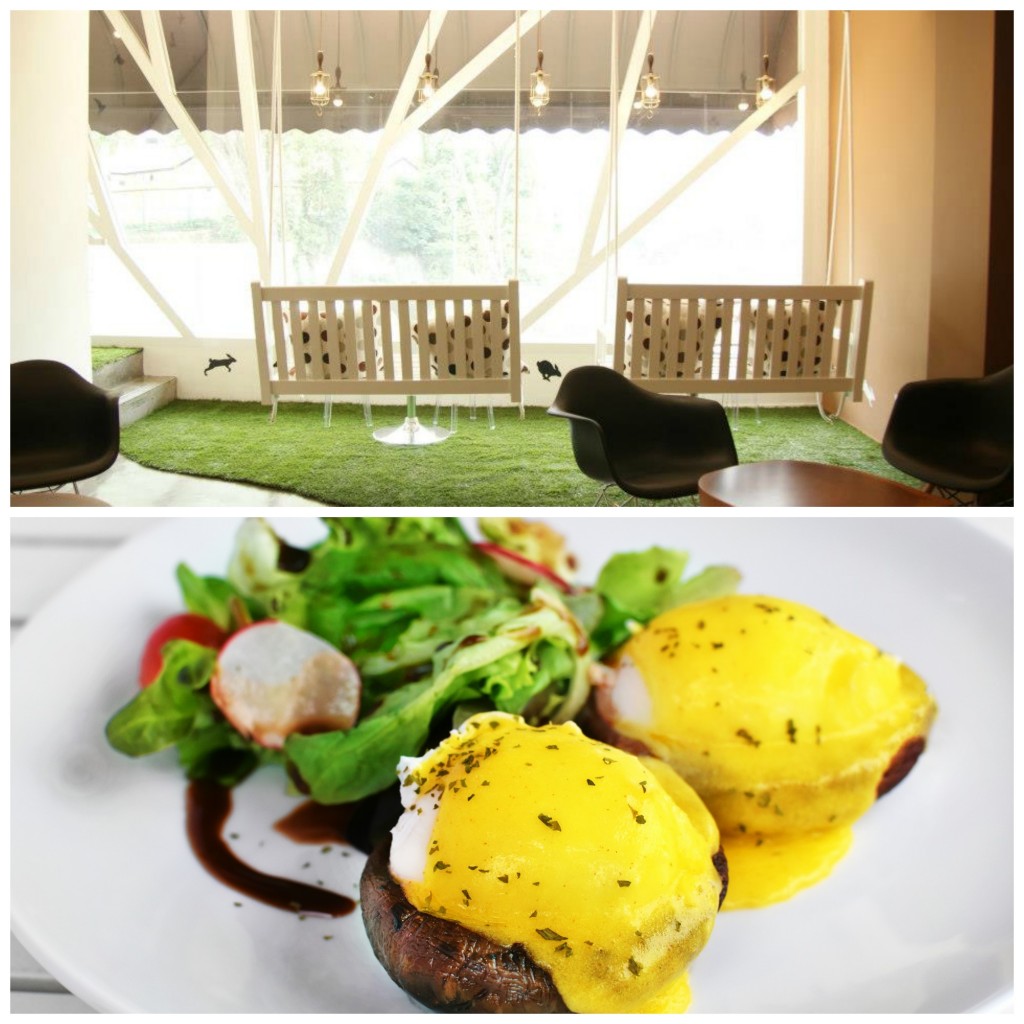 La Nonna, the Italian word for ‘grandmother’, is a traditional Italian restaurant that specializes in hearty, unpretentious Italian fare. Hoping to leave diners with the feeling of being whisked to a tiny Tuscan town, the restaurant cooks authentic Italian dishes using secret ingredients and recipes that have been handed down through families for generations. Start your meal with their signature appetizer, the mozzarella e parma, which features pan-fried mozzarella wrapped in aged parma ham. This is another location where you want to save room for dessert! Try the classic traditional Venetian tiramisu, or for something decadent, the cioccolate, a chocolate fudge cake accompanied by vanilla ice cream. Bring the whole family on Sundays between 12PM and 2.30PM to enjoy a free flow brunch where you can order unlimited dishes from the a la carte menu for $39 per adult or $19 for children aged six to 12. 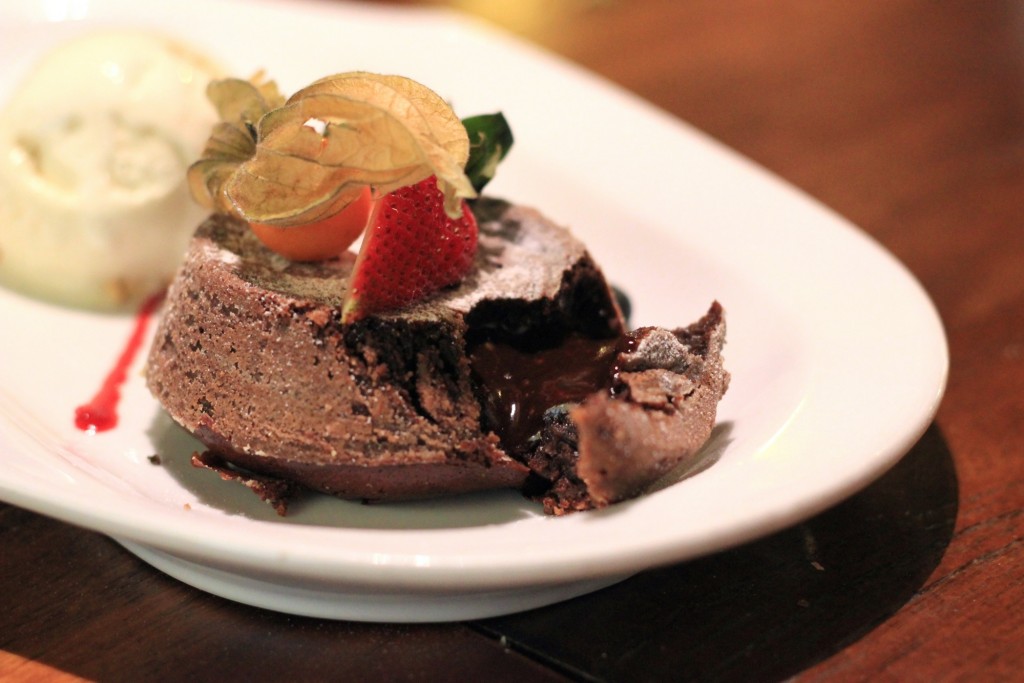 Restaurant, Korean
Gaia, Singapore | © forwimuwi73/Flickr
Gaia Korean Grill + Bar had a rather sad beginning; when founder and Chef Chun Nam Won was diagnosed with cancer a few years ago, she despaired that her days of eating at restaurants were over because of not knowing what ingredients were used in the preparation of dishes. This inspired her to open her own restaurant where ‘Gaia’ has two meanings; a Korean dynasty, but also Mother Earth. The restaurant uses only fresh ingredients to create the seasonings and flavours of their dishes. Chef Chun hopes to expand the general view of Korean cuisine which is often seen as either Korean BBQ or Korean fried chicken. To that effect, the restaurant offers naemyung – an icy cold buckwheat noodle soup – and haemul pajeon – a seafood pancake made from eggs, wheat flour and spring onions.
More Info
Open In Google Maps
17E Lorong Liput, Bukit Timah, Singapore, 277731, Singapore
+6563393313
View menu
Visit website
Visit Facebook page
Send an Email
Give us feedback
Mon - Fri:
11:30 am - 2:00 pm
Mon - Fri:
5:30 pm - 12:00 am
Sat - Sun:
11:30 am - 12:00 am

Cafe, Gastropub, Asian, Pub Grub, Tea , $$$
Grilled Meat Platter | Courtesy of Wala Wala
Wala Wala first opened in 1993, one of the oldest establishments in Holland Village, it has seen the neighborhood evolve from being exclusively catered to expats through the 90s, to now being a popular spot for expats as well as young local professionals and families. The space covers two floors so patrons have the choice of sitting outside in the terrace area that is expanded on weekends when Lorong Mambong is closed to traffic. Inside, tables are a mix of young couples on dates and expats enjoying European football and other sports. Wala Wala is also known for its second storey live music venue which hosts bands covering an eclectic mix of music. Along with all this great entertainment, Wala Wala has recently unveiled an impressive menu of Western gastropub fare. Try their signature dishes like the grilled meat platter featuring wagyu rib eye, three racks of lamb and chicken, linguine with shimeji mushroom, or ribeye and arugula pizza.
More Info
Open In Google Maps
31 Lorong Mambong, Holland Village, Singapore, 277689, Singapore
+6564624288
View menu
Visit website
Visit Facebook page
Send an Email
Give us feedback
Give us feedback