The 10 Most Beautiful Places to Visit in Singapore 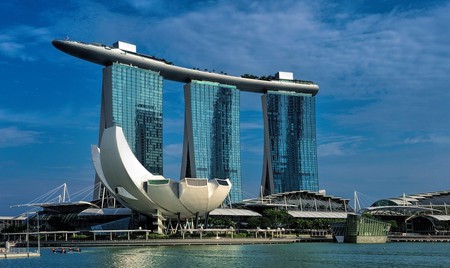 Singapore might be small, but when you shuttle from one location to another attempting to beat the crowds, it’s easy to miss out on some of the more beautiful sights. There’s much history and beauty in these places and they’re definitely worth checking out, for they truly make Singapore different from any other location.

Henderson Waves is part of the Southern Ridge, a walking trail that connects the various parks in the southern ridge of Singapore. The bridge is lauded as it’s striking both visually and aesthetically in terms of how well it blends with the surrounding flora and fauna. The highest pedestrian bridge in Singapore also offers stunningly beautiful panoramic views of lush forest and the skyline as far as the eye can see. 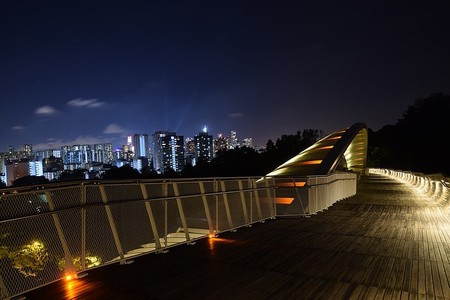 The go-to destination for those Instagram-worthy snaps, especially if you want a large background that is beautiful from so many angles. CHIJMES has always been popular for its evocative architecture and white-plastered walls, which makes this place extremely photogenic. There’s no dearth of options when it comes to visiting this place and restaurants and bars nearby offer a chance to dine while enjoying the sights. 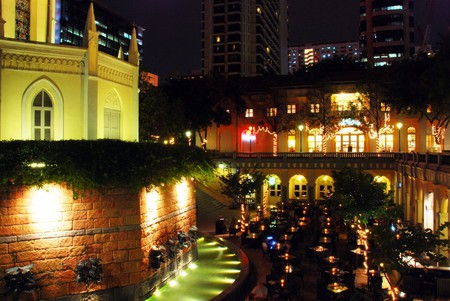 Located at the easternmost tip of Singapore, this locale offers some fascinating sights along the way. For one, there’s a whole host of giant and really old trees along its 2.2 km distance. Located right by the sea, you get some really splendid sunrise and sunsets that shine upon a vast open area. Next to the sea is greenery, which makes this a particularly tranquil and scenic part of Singapore. 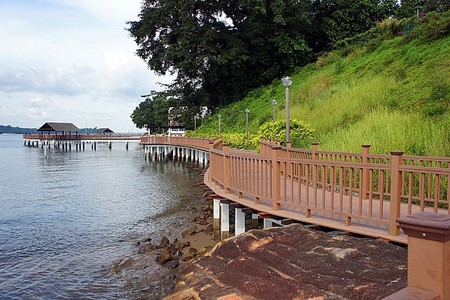 Explore the Eastern coastline of Singapore along this trail | © alantankenghoe / WikiCommons

For those born in Singapore, especially before the 2000s, this playground was a common sight all around the ubiquitous HDB estates. The decorative playgrounds with wild primary hues and iconic animals, both real and mythological, were a welcome pastime for young kids. This is one of the few that has survived the constant redevelopment that is pervasive across Singapore, and has become iconic with the large dragon head and its body, which is a type of trail for kids to crawl through. 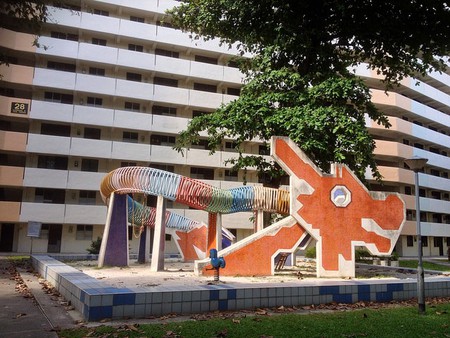 This rather resplendent public housing estate has won numerous awards for its architecture and it’s not hard to see why. It is spectacularly tall, even compared to other housing estates and its scale is amplified by the vertical shape and slim appearance. There are two sky bridges used for jogging and other activities and it offers a beautiful view of the city centre. It’s also especially popular during the National Day Parades, when the top-floor viewing gallery is publicly balloted for those interested.

Take in the sights of skyscrapers here. | © Zairon / WikiCommons

This place is infamous as a spot for the most grungy and hip fashion or style photoshoot, and music videos, due to its very surreal and gritty appearance. The housing estate was initially a Brutalist masterstroke that was influenced by a combination of Le Corbusier’s ideas and the theories of the Japanese Metabolist movement, which meant it was really cutting edge during the time it was built. That being said, its concrete exteriors are now coated with an intricate teal and saffron shade and its design is still a source of inspiration for many people. 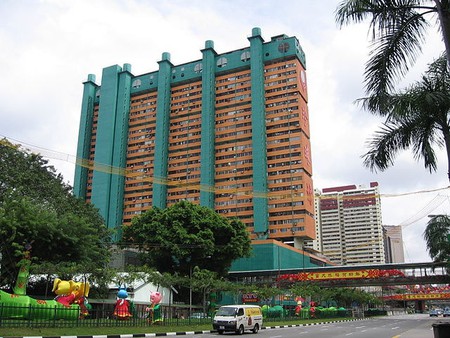 An old-school building that holds many memories | © Sengkang / WikiCommons

For anyone who intends to take a cable car, you will land or depart from the slope of Mount Faber. What’s amazing about this is you get to witness the most panoramic and scenic views of the Central Business District, and you can use the telescopes located all around to have a view of the southernmost islands and the very edges of Singapore, far out into the ocean. 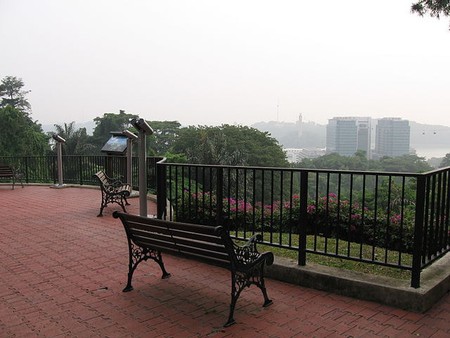 One of the best things about Singapore is the view. It changes all the time when new buildings are constructed, so every view and visit is different and offers a unique experience. SkyPark is probably one of the best views you will have, and a chance to see a vista as wide and diverse as possible from the shipping lanes off the coast to the straddling skyscrapers all abound and the magnificent marvel that is Gardens by the Bay. A splendid opportunity to breathe in Singapore at its most diverse and epic proportions at what is arguably its historic core. 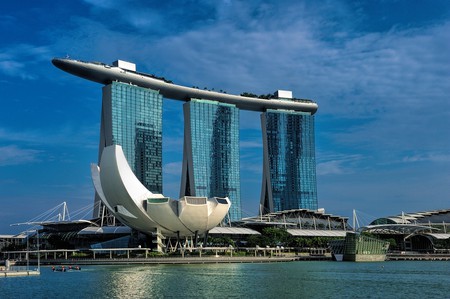 The transformation of new housing estates has brought out some creative endeavours and this riverside park is one such attempt. Here, a man-made waterway runs right through the center of the park while straddled on its sides with tracks, parks and boardwalks, which makes this one of the more ambitious parks by encompassing multiple purposes in a limited area. Though man-made, this has become very popular for its aesthetically calm appearance, the water adding serenity, a rarity in an otherwise crowded nation. 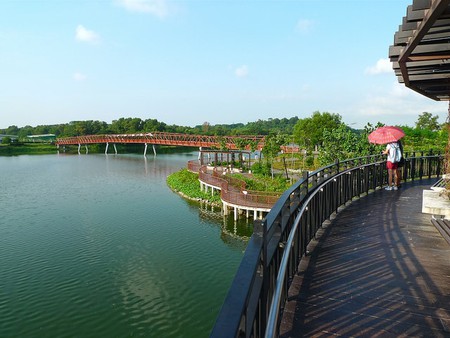 Singapore’s oldest Hindu place of worship is also renowned as one of the finer displays of agamic architecture, which is prominent among South Indian Hindu places of worship. This amazingly intricate and complex monument is famous for the gopuram, which is the tower that is right above you as you enter the temple. It is packed with figurines in striking hues of various deities and figures from the Hindu pantheon. 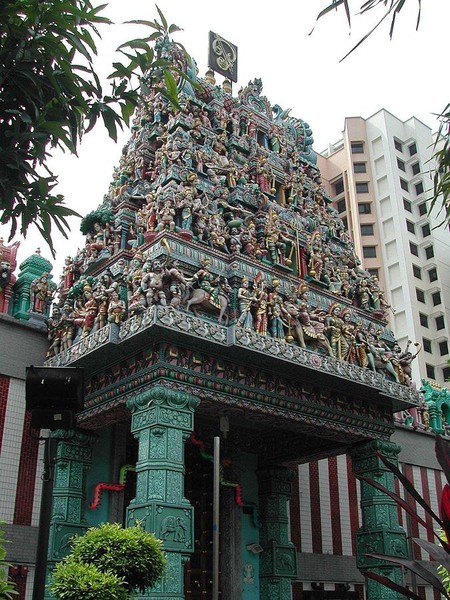 The oldest Hindu temple in Singapore. | © Alexandra / WikiCommons
Give us feedback