The 10 Best Tattoo Parlours in Singapore 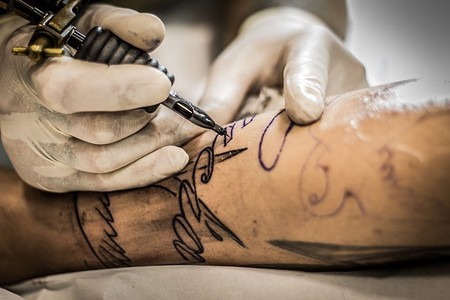 Get yourself inked! | © ilovetattoos / Pixabay

Tattoo art used to be heavily frowned upon in Singapore due to its stereotypical association with gangs, triads and the detritus of society. But tattoo art has found a new and burgeoning audience. This has resulted in the opening of new tattoo parlours and brought old ones into the limelight, so there’s plenty of choices out there. However, it’s always best to do your research beforehand before committing to a tattoo artist.

If you favour the ever-popular intricate and epic Japanese inkwork, this place should be high on your list. Helmed by legend Nicckuhori, who is himself a protege of the legendary Horiyoshi III, you know you will be getting something that is powerful, bright and jaw-dropping if you’re to get your tattoo done here. Occasionally, they even have guest artists from across the globe and the store now includes other permanent staff each with their own specific expertise for whatever your taste might be.

Of Gods And Monsters

If intricate linework and legendary motifs is your thing, Samuel from Of Gods And Monsters is a master. A lot of his work is focused on figures from Asian myths and folktales and occasionally modern heroes such as Batman. His ability to craft his artwork on flesh and make it dynamic has made him immensely popular in the local scene for those wanting more than just aesthetic appeal.

A well-worn artist who has been plying his trade in the local scene for around two decades, Anthony Yeo has created a lot of prominent tattoo works in Singapore for locals and foreigners. One of the first things you will notice when looking at his work is how layered it is in terms of meaning and interpretation. It’s something he does very well, especially when it comes to his Oriental constructions.

Started in 2010, this studio focuses on clean, quirky and minimalist designs that have been all the rage recently. A lot of their work is specific to black and grey sketch work, but they pull it off with panache and have created riveting, realistic images. A quick glance at their work shows that they stand out heavily with an emphasis on personal reflection over bombastic stylisation. So if you want something genuine, the artists here can definitely create that for you.

If you were ever to use the word ‘surreal’ to describe a tattoo style, some of the work done by this crew is possibly the closest to that term. The sylphlike illustrations they do is at once stunning and elegant, with an emphasis on tone and illusion. From stunning geometrical craftsmanship to the bizarre, this studio will definitely carve up a one-of-a-kind creation for you.

Here’s a studio that offers a refreshingly post-modernistic take. If you have something that is far out, left-of-centre and an amalgamation of different concepts and styles, this studio would probably be able to pull it off for you and make it look great. Expect American Golden-Age comic book colouring coming together with cityscapes, demons and more in unusual and exciting concepts in one seamless piece. A lot of their Japanese and Asian designs show a fresh take that breathes new life into an age-old art form.

Jared Asalli is the mastermind behind this enterprise, and he is not easy to reach because he is booked months in advance. Sublime, labyrinthine Polynesian-inspired graphical works are his specialty, working in the abstract and abstruse to create some of the more transcendental ink work in Singapore. Focusing almost always on black and grey, which is his signature, his skill is such that his patterns more often than not require a second glance.

With more and more people leaning toward more indiscernible tattoos or sticker-style shapes you could place at any particular part of your body, it’s amazing to see someone still pulling epic landscape, full-body needlework that inspires awe and wonder like the ones created by head honcho Augustine Nezumi. Every brilliant artist leaves a mark, and you will leave here with ink that will stupefy and amaze.

For the chance to display some flashy colour work, 8 Volts Tattoo is your place, whether it’s a more classical design or the more eccentric pieces. The pompous use of bold colours immediately draws the eye and works really well in large scale. Besides that, the intimidating wave-like, tiled layering makes the whole piece pop out immediately and is further accented with what seems to be rather uncanny interpretations of Chinese artwork.