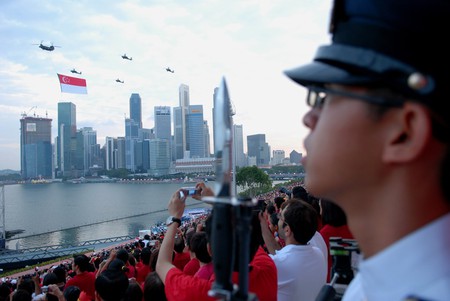 Every August, Singapore’s skies light up with fireworks to commemorate National Day on 9 August, the day that Singapore was declared an independent and sovereign state in 1965. A fairly young country by global standards, we trace Singapore’s history from its early beginnings as a British colony to a short-lived merger with Malaysia and finally its independence.

Though the earliest records of Singapore go as far back as the 13th century, modern day Singaporean history officially starts with the arrival of the British in 1819. The Founder of Singapore, Sir Thomas Stamford Raffles, was a British Administrator based in Sumatra and negotiated a treaty with the ruling Malay Kings at that time to establish Singapore as one of Britain’s key trading ports in the Malayan Straits.

Singapore’s natural prime position at a key junction of important sea trading routes helped the little trading port flourish under British rule and resulted in an influx of new immigrants from the surrounding region, plus a rapidly growing population and economy in the following years. 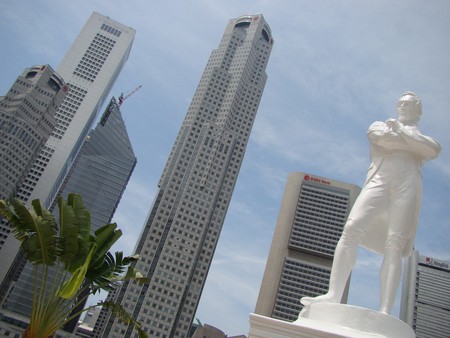 Statue of Stamford Raffles along the Singapore River | © VasenkaPhotography/Flickr

The effects of World War II

Singapore’s economy continued to grow until World War II, when the British were surprised by an invasion of Japanese forces from Malaysia instead of the anticipated attack from the sea – this resulted in the largest surrender in history by British-led forces in 1942. The Japanese occupation lasted for three years until the end of the war, when Singapore was returned to British control and officially became a Crown Colony in 1946.

Increased nationalist sentiment in Singapore led to a push towards full self-governance and Singapore held its first election in 1959, with 43 of 51 seats won by the People’s Association Party (PAP), who appointed Lee Kuan Yew as the first Prime Minister of Singapore. 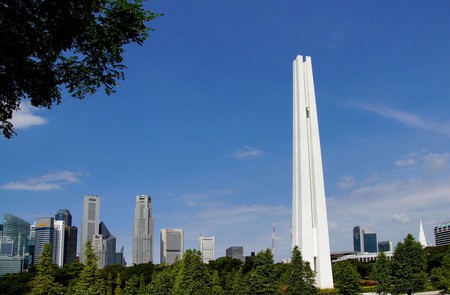 A short-lived merger with Malaysia

The PAP saw Singapore as a small island with very few natural resources of its own, and felt it would benefit Singapore’s economy to merge with its surrounding neighbours. While this move was not welcomed by everyone, a referendum in 1962 showed over 70% of the population voting in favour of the merger. The following year, Singapore officially joined with the Federation of Malaya, Sabah and Sarawak to become one of the 14 states that formed Malaysia, ending 144 years of British rule.

The merger was fraught with tension from the very beginning, due to constant clashing outlooks of Malayan and Singaporean leadership over key issues like political approach, economic and racial policy, that escalated into racial violence in Singapore in 1964, with no sign of the tensions decreasing in the following year.

In a dramatic turn of events, Malaysia’s parliament voted unanimously to expel Singapore from Malaysia. Singapore’s government was unwilling to sign the agreement to leave at first, but eventually agreed that this move would minimise any future bloodshed and friction. Less than two years after the initial merger, Singapore would separate from Malaysia as an independent sovereign nation on 9 August 1965, an announcement made over national radio that was greeted with more tears than cheers. 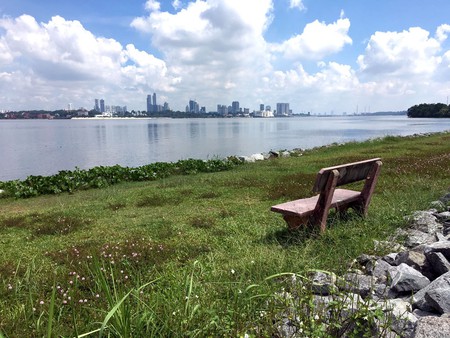 While Singapore’s early years were challenging with high unemployment, housing shortages and the looming threat of a lack of natural resources, the country managed to weather its storms and grow at an exponential rate to become the highly developed nation and financial hub that it is today in just over 50 years. It now a country known for high personal safety, education and healthcare standards among other accolades. 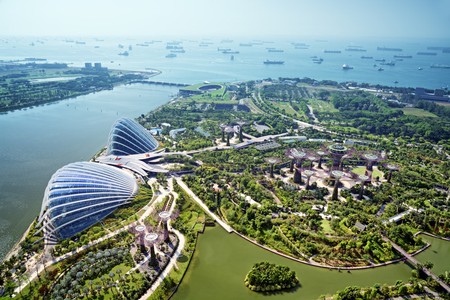 Gardens by the Bay, Singapore | © r.nagy/Shutterstock
Give us feedback