The Best Golf Courses In Singapore 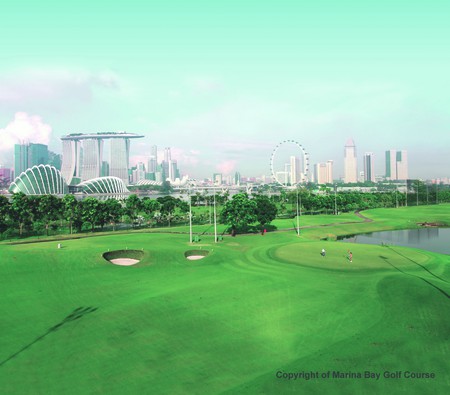 When you consider that Singapore is one of the smallest countries in the world and in the top 5 most densely populated, you would not be remiss in thinking that it is an unlikely place to find golf courses. On the contrary, Singapore is home to nearly a dozen golf courses that cater to a range of budgets and skill levels. Here’s our round-up of the best golf courses around the Garden City. 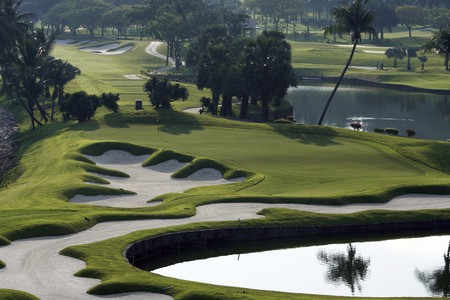 Keppel Club is one of Singapore’s oldest golf clubs, dating back over 100 years to 1904. The Club is named after Admiral Keppel, a British sailor, who was instrumental in helping rid the Straits Settlements of the pirates that had plagued Singapore, Malacca and Penang during the 1830s. The club opened with a modest 3-hold course tucked into a nutmeg population, only being upgraded to its current 18 holes in 1980. Over the last decade, improvements have been made to the grounds, including an upgraded drainage system to prevent the course from becoming waterlogged.

Opened as the Bukit Timah Golf Complex, it was rebranded Champions Golf in 2013. Champions Golf is certainly Singapore’s most accessible golf course – located in the middle of the island, this course is open from 7am to 6pm seven days a week, 365 days a year. Champions Golf has a 9-hole course that is open to the public, while also offering coaching services from some of the best golfers in the world, all of whom are former PGA Professionals. 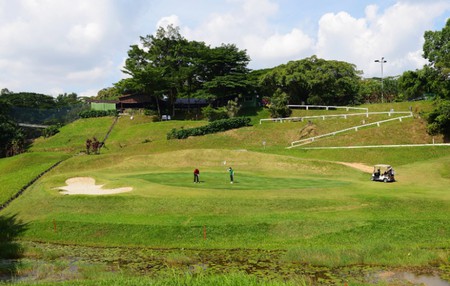 The Orchid Country Club was opened in 1990 with the goal of making golf accessible to everyone. Often considered a game for executives only, the original founders of the Orchid Country Club wanted workers to be able to afford this same luxury. The club neighbors Sungei Seletar Reservoir, creating a picturesque backdrop for its three 9-hole courses. Try the Aranda course as a beginner. Including wide fairways, this course avoids the discouragement associated with course hazards. For more advanced players, the Vanda course is ideal for those wanting to practice their accuracy with many water hazards, whereas the Dendro course is ideal to practice long distance drives.

Marina Bay Golf Course (MBGC) is an 18-hole, 72-par golf course designed in the classic links-style. Earlier this year, MBGC commemorated their 10 year anniversary with the opening of Singapore’s first and only par-6 hole. MBGC is often considered one of the best public golf courses in the region and has been recognized by the Asian Golf Awards as one of the Top 3 Best Public Golf Courses in Asia Pacific for the last two years running. Besides the lush course, one of the contributing factors to this course’s popularity is its Singapore skyline backdrop. For a truly memorable experience, visit the course on Wednesdays through Fridays, when visitors can enjoy golfing in front of the Singapore skyline in all of its night time glory. Other facilities at MBGC include Singapore’s largest driving range with nearly 150 bays in a 4-storey configuration which is open nightly until 10.45pm. Finally, visitors should plan to wrap up their time at MBGC with a visit to The Canopy Café which serves a selection of Japanese and Western dishes and offers sweeping views of the skyline and golf course.

Courtesy of Marina Bay Golf Club
Give us feedback