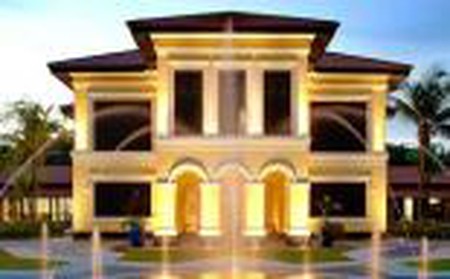 Singapore has been nurturing its cultural appeal through the inauguration of various new gallery and museum spaces in recent years. From heritage institutions and temples to cutting edge contemporary art, here is a list of ten museums that celebrate the city’s ancestral roots while demonstrating its interest on the future of the arts. 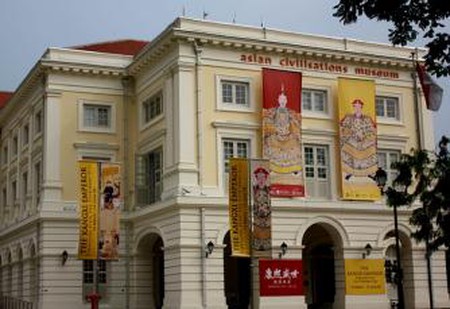 The mission of the Asian Civilization Museum is to examine the diversity of Asian culture in celebration of Singapore‘s mixed heritage. It is the first museum in the region to do this in both an in depth yet culturally inclusive manner. The three levels and ten galleries that make up the museum propose themed exhibition spaces, each representing a different aspect of Singaporean ancestry, rather than choosing to arrange objects in traditional chronological order. They use multimedia and interactive elements in the displays as additional educational resources. The museum building was designed in the Neo-Palladian style in the 1860s by colonial engineer JFA McNair to serve as government offices. The structure was extended on several occasions and finally became the Asian Civilization Museum in 2003. 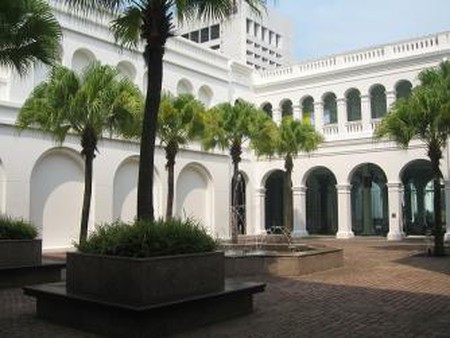 The Singapore Art Museum focuses on the collection of contemporary art from Singapore, Southeast Asia, and Asia, and is recognized as one of the most important institutions showing art from these areas. Partnerships with international museums and its travelling exhibition programme have allowed for the museum’s artists to gain visibility on a global scale. The stunning 19th century building, in which the museum is set, was built as a Catholic Boys school, and served as such until the art museum was established in 1995. When the building changed hands, much work was done to undo certain alterations that had been made to the structure during the 1950s, and return it to its glorious, turn of the century state. 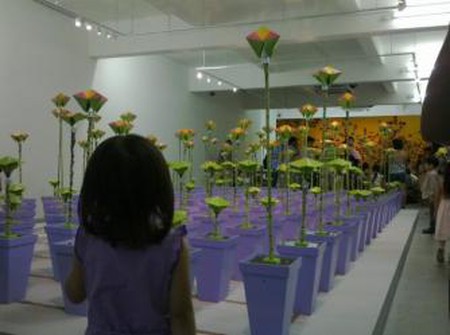 SAM at 8Q opened in 2008 as an extension of the Singapore Art Museum and gets its name from its location at No. 8 Queen Street, not far from its mother museum. The community, and the way that they engage with artworks, is at the center of 8Q’s programming, and the museum encourages interaction and public dialogue with relation to their cutting edge exhibitions. SAM at 8Q maintains a close relation to SAM, but exists as a separate museum space. Each institution represents the growing support that Singapore has towards contemporary art practices. 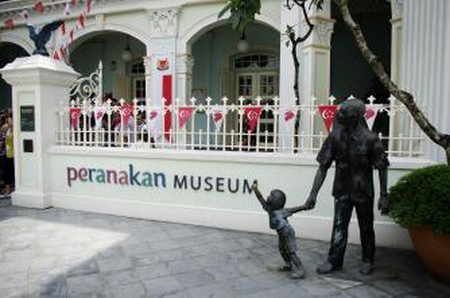 Exhibits at the Peranakan Museum offer insight into the culture of the Peranakan people – descendants of foreign merchants who settled down with native women mostly along the Straits Peninsula. The elegant museum building was designed in the ‘Eclectic Classical’ style, and erected in 1910 to serve as a Tao Nan Chinese school. Its engaged columns and symmetric quality are concurrent with classical architecture, while the enclosed balconies stretching across each floor are more colonial in style. The museum collection, displayed in three floors of galleries, demonstrates the cultural traditions of these communities through the display of visual art. 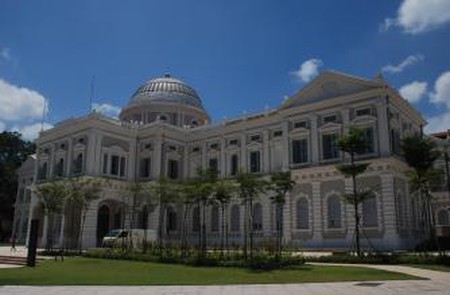 The National Museum of Singapore | © TerenceOng/WikiCommons

The National Museum of Singapore is an iconic building within the city. Its Neoclassical architecture is elegantly joined with modern additions in glass and metal, allowing the historic dome to be viewed from the interior, and making it the largest, as well as the oldest, museum in Singapore. Dating back to 1887, unique festivals and exhibitions are held here all year round to complement its collection of historical artifacts. One such event is the compelling Night Festival which presents powerful art installations alongside masterful performances and film screenings. 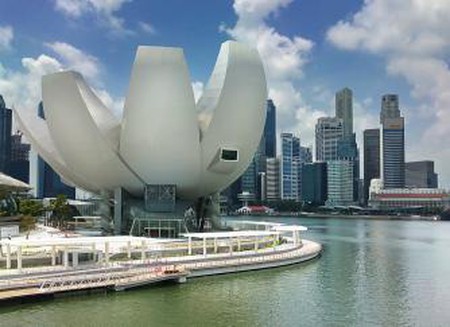 The permanent exhibition at this new museum, titled ArtScience: A Journey Through Creativity, demonstrates how innovative minds meet at the intersection between these two fields to develop projects with transformative potential. The exhibition is separated into three themed spaces: Curiosity, Inspiration, and Expression, and it covers accomplishments from different time periods and geographies. In addition to the permanent display, the ArtScience Museum offers opportunities for visitors to engage with featured inventions through discussion and hands on learning. The museum building itself is an iconic vision on the Marina Bay waterfront. Resembling a lotus flower, ten so called ‘fingers’ are fixed to the round central structure. Each ‘finger’ contains galleries, that are illuminated by skylights on each of the fingertips. The shape of the building also facilitates the collection of rainwater, which falls through the central atrium and into a small pool, and is then recycled in the museum’s restrooms. 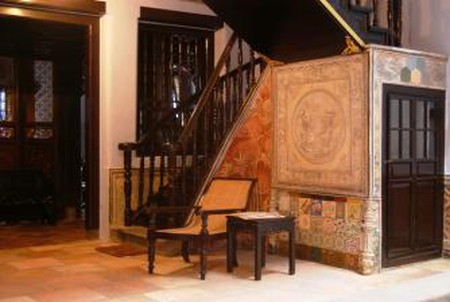 Built around 1895, the NUS Baba House was originally an ancestral home of a Straits Chinese family, also known as Peranakans. It was acquired by the National University of Singapore (NUS) in 2006 from the funds donated by Ms. Agnes Tan in the memory of her father Tun Tan Cheng Lock. The first two floors of the house have been conserved and furnished to portray the living style and taste of its previous occupants (the Wee family descended from Wee Bin) during the early 20th century. Guests will experience visiting a family home of the era, furnished with heirlooms from the Wee family and other donors.

The third floor of Baba House hosts temporary exhibitions that aim to encourage new ways of discussing and understanding the Straits Chinese from a contemporary perspective. 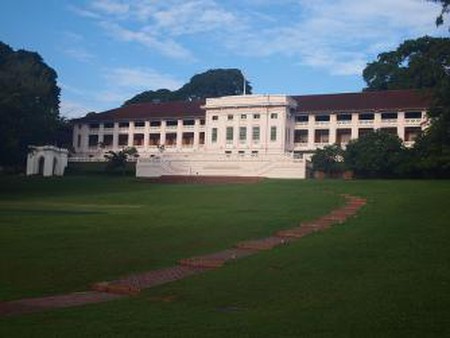 A Singapore branch of the The Pinacotheque in Paris will open in September of 2013. Although the museum may initially open in a temporary space, its permanent home will be the colonial Fort Canning building, former site of the Singapore Dance Theatre and At-Sunrice Global Chef Academy. The Pinacotheque will bring to the area a primarily western accumulation of artworks which have been donated from various private collectors. Having proved quite popular with visitors to Paris, the Parisian museum displays the work of art world rock stars such as Amadeo Modigliani and Edvard Munch. The Singapore outgrowth with be roughly the same size, and temporary exhibitions will be shuffled between the European and Asian spaces. 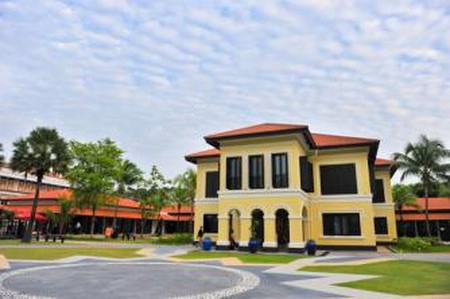 The Malay Heritage Centre is the official heritage institution of the Malay community in Singapore, and was opened by the Prime Minister in 2005. Six galleries showcase the permanent collection which brings together artifacts from Singapore’s national collection as well as donations from community members. The objects on display offer a record of the wealth and urban lifestyle of the large Malay population living in the Kampong Galem neighborhood before the arrival of Sir Stamford Raffles, known as the founder of modern Singapore, in 1819. In November of 2012 the museum debuted its first temporary exhibition titled Yang Menulis, which translates as ‘They Who Write’. The exhibition explores the transition from the use of the scribe to industrial publishing within the Malay community during the 19th and 20th centuries. 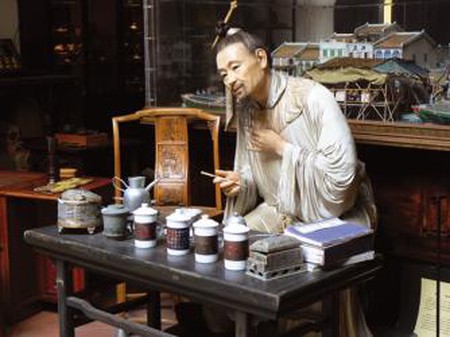 Built in 1824 by the Hakka and Cantonese people, Fuk Tak Chi is the oldest Chinese temple in Singapore, and serves the Confucianist and Taoist religious communities. The temple acted as the first stop for immigrants arriving from other parts of Asia who wished to give thanks for a safe journey, and continued to serve as a headquarters for these people in their new home. In 1998 the building, which by this time was in ruinous condition, underwent a series of renovations and was turned into a museum. Through a display of around 200 ancient artifacts donated by local communities, exhibitions aim to educate the public about early Chinese communities in Singapore.