Step into The Future of Gardening at Singapore's Edible Garden City

In fast-paced Singapore, it is surprising how common this story has become; after years of studying for a corporate job, unhappiness leads ambitious people away from their financially lucrative, stressful jobs to instead follow one of their passions to create a new a career. We’ve previously written about investment banker, turned chef, Han Liguang and managing director, turned jewellery maker, Carolyn Kan. Here, we introduce advertising executive, turned farmer, Bjorn Low.

A few years ago, Bjorn Low was working in a high profile advertising job in London. As was expected of him by his family, he had followed the traditional path to success. He studied hard for a Bachelors of Commerce followed by a Masters in Business Admin. However, after nearly a decade of working in the advertising industry, he and his wife took some much-needed time off work to travel. It was during this time that he learned about organic farms, including gaining experience of working on several farms around the world and even pursued a diploma in Biodynamic Agriculture. 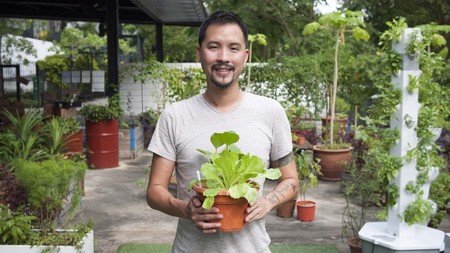 These travels inspired Low to start Edible Gardens, more recently renamed Edible Garden City, on his return to Singapore in 2012. Due to a combination of factors including limited space and natural resources, as well as the perceived lack of sophistication associated with farming, Singapore currently imports upwards of 90% of its food.

Low understands the difficulties of implementing sustainable farming in Singapore better than anyone. The first hurdle he faced was the astronomical cost of land in the tiny city-state. In a recent interview with Channel News Asia he explains that even just an HDB apartment costs more than an entire sizeable farm in Wales. 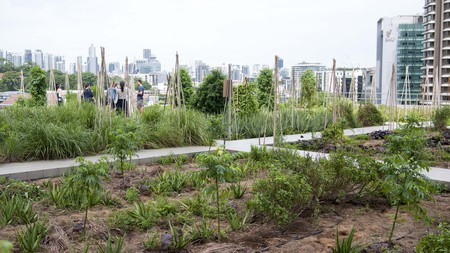 Low has seen chefs change their attitudes and embrace locally grown produce in recent years. What started as a handful of humble farming projects in small restaurants, like Artichoke, has branched into the Edible Garden City, taking advantage of unused spaces in the city, such as the rooftop gardens at Wheelock Place and Raffles City. From a barely funded startup just a few years ago, Low has expanded to a 7,000 square foot space in Hort Park. Named NONG based on the Chinese word for farming, Low, along with his team of dedicated staff and volunteers use the space to run workshops, sell plants and of course, increase the varieties of sustainable produce available here in the Garden City. 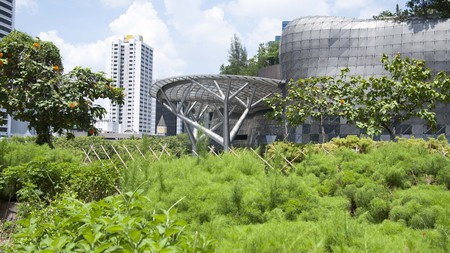