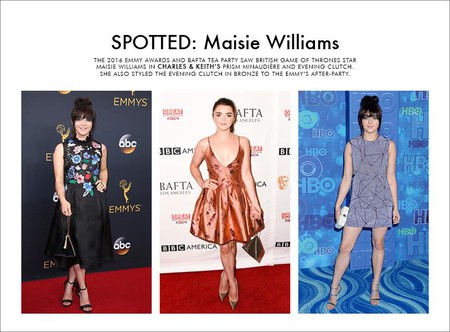 Game of Thrones star Maisie Williams has been turning heads this week with her choice of accessories for the Emmy’s. The reason? Her chic arm candy courtesy of Singaporean fashion brand, Charles&Keith. Besides playing the role of Arya Stark, Williams is best known for her down-to-earth nature and her close friendship with co-star and TV sibling, Sophie Turner, who plays Sansa Stark. Over the last few years, Maisie Williams has become something of a style icon due to her unique fashion sense.

A recent red carpet appearance caused particular buzz: it seems that while she was in Singapore earlier in the year promoting Game of Thrones, she found her way into a Charles & Keith store, and liked what she saw. 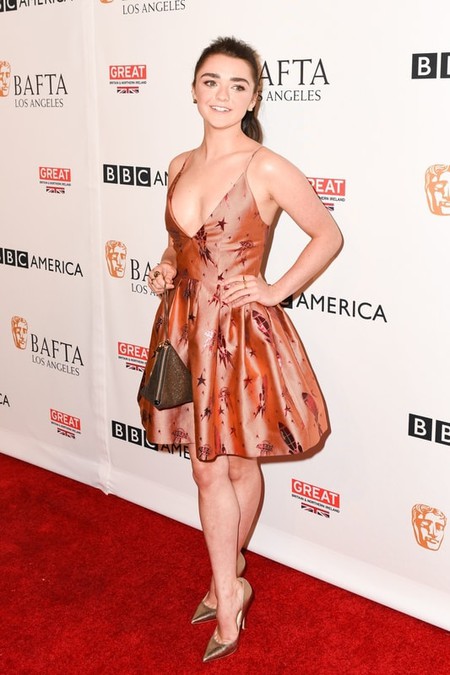 Charles and Keith Wong’s fashion empire started from humble beginnings. In 1990, the two brothers were learning the skills of business and the art of fashion, while helping their parents run a family-owned shoe store in Ang Mo Kio. In 1996, the brothers decided they had learned enough from their parents and launched their own store in the more centrally located Amara Shopping Center, now 100 AM, near Tanjong Pagar MRT station.

They quickly learned that the traditional retail model of selling items that they had received from wholesale suppliers wasn’t working, because they were often unable to stock as many colors and designs necessary to meet the needs of their clientele. In a stroke of innovation, they realized that this problem could be mitigated if they designed their own shoes, and made them available at a fraction of the cost of high-end designers. So it began that Keith designed the shoes based on customer feedback and Charles managed the sales and business side of the operation. 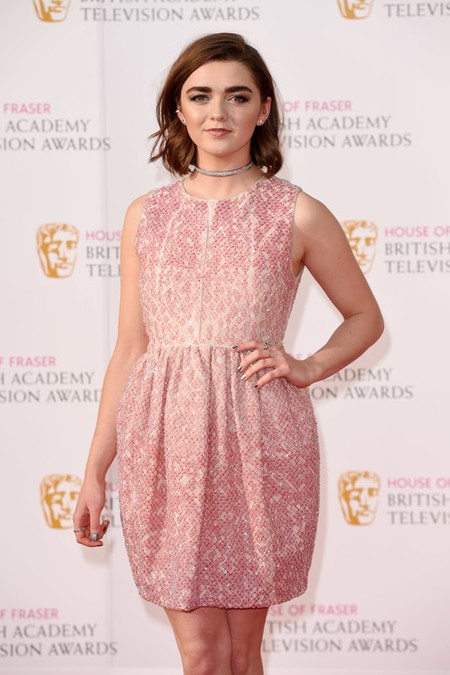 They kept costs low by dealing with manufacturers rather than wholesalers, adopted trendy advertising techniques such as using European models in their advertisements and were early adopters of technology; they were the first footwear retailer to set up an online store and used social media sites such as Facebook to raise the profile of their brand. 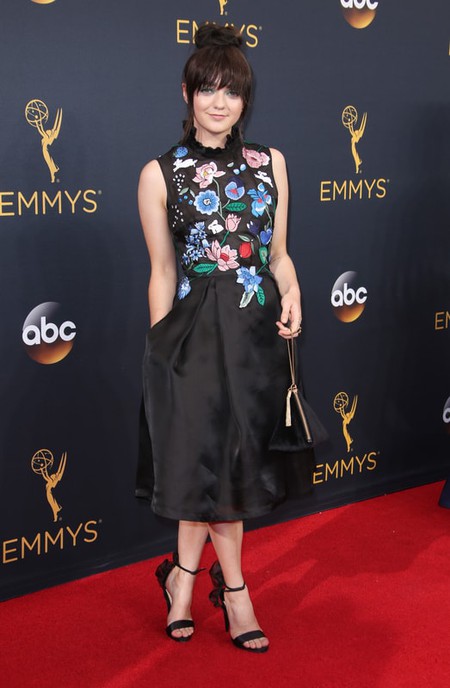 Where to buy Charles&Keith Designs

Today, Charles&Keith is one of Singapore’s most successful local brands with 25 outlets across the island and nearly 400 worldwide. Maisie Williams has been spotted with two different Charles&Keith designs; the Evening Wristlet, in black and bronze, which costs just S$40, and the Prism Minaudiére, in white and multi-colored, which is a little pricier at $90 but still much more affordable than items normally worn by celebrities at high-profile events.

Now the question that everyone is asking is where can they get their hands on these cute and affordable clutches. Currently, the bronze Evening Wristlet and the white Prism Minaudiére are sold out online, however, the other two are available. The good news is if you’re in Singapore, the locations on the island still have a few of each of the four clutches.

This is the item in the highest demand, and it is currently even sold out online in Singapore. Plaza Singapura is the only store on the island that has it, and stock is limited at that.

This item is well stocked all across the island which is surprisingly considering this was the design that Williams wore to the Emmy’s. Right now it is readily available at ION Orchard and Marina Square and several other stores have it at lower stock levels.

This design is also sold out online, however, it is available at four outlets across the city; Causeway Point, City Link Mall, ION Orchard and Takashimaya.

This clutch will be the easiest of the four to find as it is currently available online, as well as in over half the outlets across the city including Suntec City Mall and Tampines Mall.

For up-to-date stock information, check here. However, it is always best to call and confirm with a sales associate before you visit the store, to avoid disappointment. 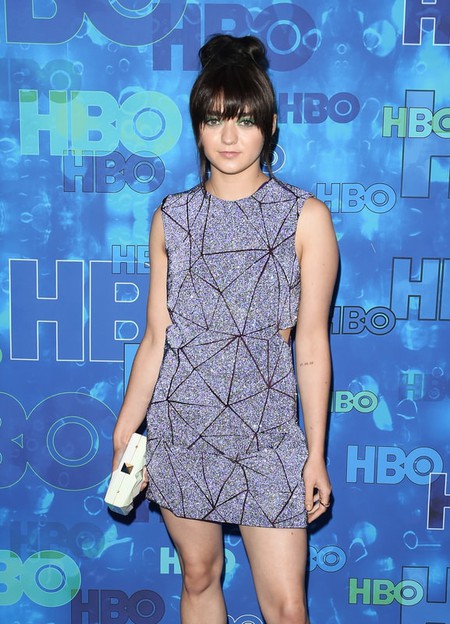