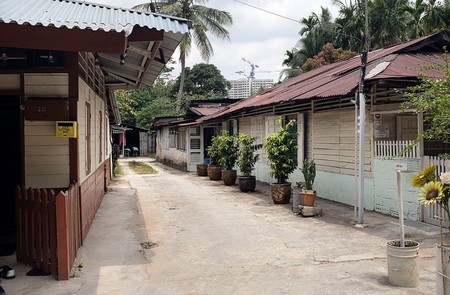 Singapore’s Kampong Lorong Buangkok is a time capsule – a traditional hamlet that has remained untouched, while skyscrapers and shopping malls jut out from the skyline. This village provides a sense of just how massively Singapore has transformed over the years, standing as the country’s last surviving link to its past.

It is believed the etymology of the word ‘compound’ came from the Malay word kampong. A kampong is a village or bunch of houses that are close to each other and form a community. Singapore used to be peppered with kampongs until very recently, when most of them were dismantled and replaced with concrete high rises (HDBs) that allow for better use of space and utilities, supposedly, in an increasingly burgeoning population.

The last village in Singapore

The fact that Kampong Lorong Buangkok has managed to even survive fascinates many people. The village sits on land that was previously a swamp, which might go a long way to explaining its other name, Kampong Selak Kain. The latter two words selak and kain refer to lifting up the long skirt commonly worn by Malay natives during rainy days.

The current kampong currently houses approximately 30 families, a mix of Malay and Chinese. What’s interesting is how modern life has barely touched them. Families all know each other and partake in activities together, displaying the purest and most authentic form of the famed ‘kampong spirit’ that is constantly touted in Singapore. It’s a reference to bygone days of congenial relationships with your neighbours, a sense of community and where work was a way of life rather than a means of survival.

The kampong itself is fairly sparse, so you can easily spend quite a bit of time exploring. Besides the aforementioned contrast with the neighbouring modern estates, the preservation of rural life makes this worth checking out. Visitors to the village enter through an area with wild growth on all sides, with housing, shops and even a mosque.

The buildings have an evocative feel to them, a sense of defiance against mighty odds, that you can’t help but feel Kampong Lorong Buangkok is waging a one-village battle against an unforgiving and merciless foe: modernisation. 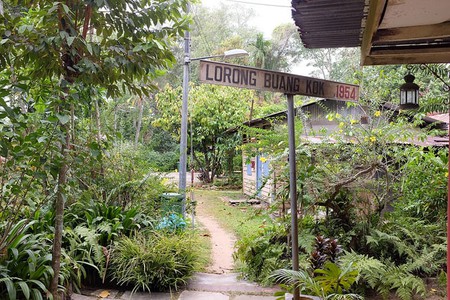 An estate that remains in the past | © Jnzl's Photos / Flickr

This is a place to reminisce. Whether you are local or a visitor, the sense of solitude in this isolated enclave brings out all manner of thoughts. Culture Trip recommends taking your time to explore this place. Be respectful of the people living there and remember how so much can change in a short span of time, in a city always remodelling itself.