The Singaporean Chef Making Art You Can Actually Eat 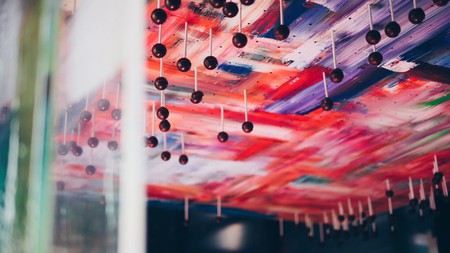 To say Janice Wong is just a pastry chef is like saying Michelangelo did the odd bit of painting and decorating. Having been part of Singapore’s dining scene for over a decade, Culture Trip caught up with her on a recent visit to London.

There aren’t many chefs who can work in both the micro and the macro worlds – from a tiny plate to a gallery wall – or indeed see their cooking as something that crosses genres as diverse as fashion and architecture, but somehow Janice Wong manages it all.

Having grown up in Singapore, Japan and Hong Kong, Wong left to study economics in Australia, but while there she found food interested her more than finance. So she quit and enrolled at the prestigious Le Cordon Bleu in Paris, followed by stints at some of the best restaurants in the world, including Les Amis in Singapore, Alinea in Chicago and Per Se in New York.

The National Museum of Singapore 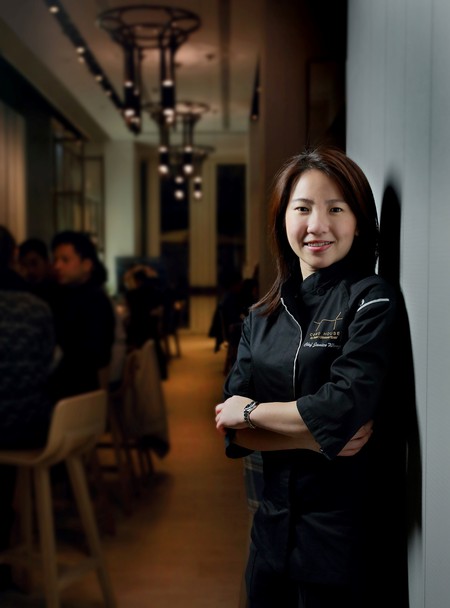 Returning back to Singapore, she opened the 2am: dessertbar in 2007, showcasing her creations to sweet-toothed Singaporeans. This was soon followed by other branches and outlets in Tokyo and Hong Kong. Her most recent opening is Restaurant Janice Wong, housed in the stunning National Museum of Singapore. With over 1500 ft.² of space, the restaurant is able to seat up to 40 diners and also has an onsite boutique offering over 70 different sweets.

A love of chocolate

In September 2011 she created her first collection of art pieces, including a marshmallow ceiling that guests could touch, tear and eat as well as a gumdrop-covered wall they could taste. She also paints with chocolate, which she has a particular fondness for (she admits to eating some everyday) and her latest creations are chocolate toys you can play with as well as eat. She has since been commissioned by brands and venues looking for her unique take on textures, colours and flavours, and has also appeared on Masterchef Australia, where she cooked up her signature dish, cassis plum. The 21-stage recipe is not for the faint-hearted!

During a recent visit to London, Janice hosted an edible art masterclass, which we were lucky enough to be invited to. On entering the classroom, guests were confronted by two large, vibrant abstract artworks. Or rather, we were confronted by two large, vibrant abstract desserts – the canvas was painted with chocolate and the 3D swirls covering it were made out of marshmallow. As the realisation that these pieces were entirely edible sunk in, the guests were visibly surprised; this was not what anyone expected a dessert to look like. Which was precisely the point. As Janice later confided, her creative process begins with asking herself, ‘what if I never knew what a dessert was supposed to look like?’ 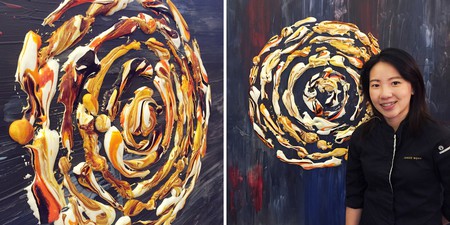 Once we were seated at our workshop tables, Janice took us though the process of how she created these incredible treats, including using a flame torch to mix chocolate colours on the canvas and to singe the marshmallow. We were then each given our own mini canvas to paint, using melted chocolate of different colours and flavours – including a delicious peppermint royal blue. Many of the guests were inspired by Janice’s expressive style, and a host of pieces were created that evoked the greats of abstract expressionism: Jackson Pollock drips, Mark Rothko rectangles, Patrick Heron daubs and Howard Hodgkin swathes of chocolatey colour emerged.

As the class ended, we were all invited to tear off pieces from the artworks we had seen on arrival and eat them. Although it felt mischievous to destroy them at first, they were too delicious to resist, and soon everyone had grabbed a handful. 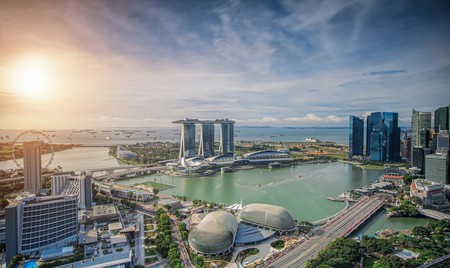 Janice is one of a number of chefs forming part of Singapore’s outstanding food scene, with the city now boasting some of the best dining experiences in Asia. If you’re looking for a great destination that offers a rich culinary heritage as well as global on-trend techniques and chefs, then you should consider visiting Singapore. Indeed, last year Michelin published its first guide to the city, which was perhaps most notable for its award of a star to a street food hawker. From fine dining to street food, burgers to a Harry Potter-themed cafe, as well as a thriving cocktail scene, Singapore really has it all.