Is Singapore The Most Eco-Friendly Country In Asia? 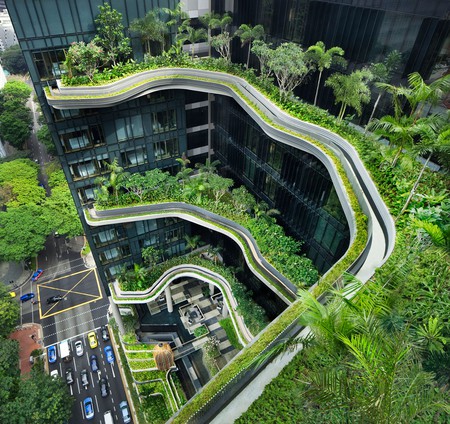 Singapore is undoubtedly the leader among Asian countries for eco-friendliness. According to the Environmental Performance Index – a sustainability study developed by Yale University and the United Nations, which measures countries based on their Environmental Health and Ecosystem Vitality – Singapore ranks 14th internationally and is the top ranked country in Asia. Nearby Southeast Asian countries are far behind, with Malaysia in 63rd place, Thailand in 91st, Indonesia in 107th and Vietnam in 131st. Singapore’s commitment to environmentalism is due in large part to former Prime Minister Lee Kuan Yew’s dedication to green initiatives and his dream of Singapore, sometimes referred to as The Garden City, being seen as The City In A Garden.

Some of Singapore’s most visible green initiatives are geared towards tourists. Travelers who stay in the PARKROYAL on Pickering will be in awe of this eco-friendly hotel that was recently recognized as Asia’s Leading Green Hotel by the World Travel Awards. Besides the captivating facade of the hotel, which is made up of rippling grey tiers and rolling gardens, the hotel has a rainwater harvesting program, living walls and several waterfalls decorating the gardens that wrap around the building. 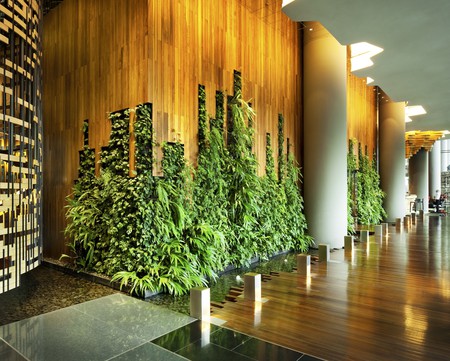 Singapore’s largest green initiative is the alien landscape of Gardens by the Bay, however there are also many eco-friendly locations used daily by locals across the island. The CapitaGreen building in the Central Business District was designed with green initiatives to create a sustainable environment. Besides a customized facade that reduces the building’s temperature, there is also a sky forest on the rooftop that brings cool air through the core of the building and helps with cooling the office tower. Across town near Bukit Timah Nature Reserve is Tree House, a condo that set the Guinness World Record for being the world’s largest vertical garden. Each of the complex’s four towers is covered in greenery that reduces carbon dioxide and significantly minimizes the complex’s carbon footprint.

Environmentalism has pervaded every nook of the Singaporean conscience – even shopping! Today, there are several brands offering eco-friendly products. Eco-friendly fashion brands promise clothes that have been made with organic fabrics and natural dyes, and under safe conditions for workers. Visit Saught at Tangs, a jewelry label that works with Cambodian artists to create one-of-a-kind handmade pieces using scrap metal from Cambodian landmines that never exploded. At Touch the Toes in Haji Lane, you’ll find a collection of yoga and pilates apparel that is made from materials such as recycled polyester, bamboo blends and organic cotton. 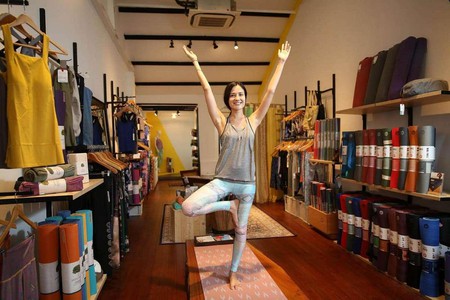 Courtesy of Touch the Toes

Ultimately, Singapore has been successful at becoming Asia’s most eco-friendly country because the government has worked hard to create cosmopolitan living in a small space. By steering residents away from urban sprawl and making sure the downtown core is full of green spaces, as well as being close to transportation and other amenities, the city is able to create a model of efficiency.

If you want to learn more about going green in Singapore, be sure to check out Clean & Green Singapore’s event in early November and the Singapore Eco Film Festival in mid-November.