An Introduction to Cyril Wong, Singapore's Most Lauded Contemporary Writer

Singaporean-born poet Cyril Wong has gained recognition both locally and abroad for his poignant literary works, which explore issues of identity, the meaningfulness of existence and the vulnerability of human relationships. We look at Wong’s background, achievements, and struggles as a poet in what he calls ‘a repressive society’. 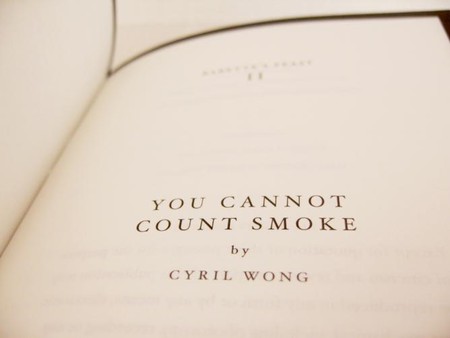 Cyril Wong is a Singaporean poet often recognized as the country’s first confessional poet. According to The Oxford Companion to Modern Poetry in English, this label is based on ‘the brutally candid sexuality in his poetry, along with a barely submerged anxiety over the fragility of human connection and a relentless self-querying; but the label understates Wong’s constant evolution’. Born in 1977, he attended the National University of Singapore, and completed a postdoctoral degree in English literature. This 38-year-old has also chalked up an impressive number of accolades and accomplishments. Wong currently has numerous literary publications under his name, including poetry collections, short stories and a novel, with his debut work Squatting Quietly (2000) published in his third year of university. He followed that up with Excess Baggage & Claim (2007), Let Me Tell You About That Night (2009) and Ten Things My Father Never Taught Me (2016) 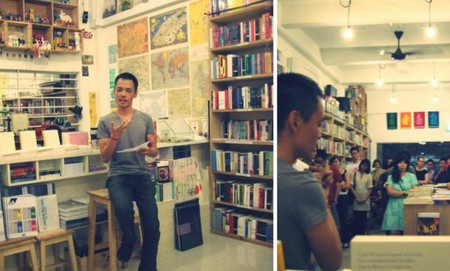 He was a recipient of the National Arts Council Young Artist Award in 2005 and the Singapore Literature Prize in 2006 for his 4th poetry collection, Unmarked Treasure. His subsequent poetry collections The End of His Orbit (2001) and Below: Absence (2002) landed him on the list of poets to watch, and he has since published multiple successful collections. Wong’s works have been featured in international journals, including Atlanta Review, Fulcrum, Poetry International, Asia Literary Review and Poetry New Zealand amongst many others. He has also a been a featured poet at the Edinburgh International Book Festival, the Hong Kong International Literary Festival, the Sydney Writers’ Festival, and the Singapore Writers’ Festival.

Making for a distinct and refreshing voice in the Singapore literary scene, Wong’s poetry has been described as an ‘an art that works simply from a personal plane, and from within such a plane we have some of the most sensitive, articulate probing into the nature of one’s self that have never been seen before in all of contemporary Singaporean verse’, in a review by the Southeast Asian Review of English. In an interview with TIME magazine, Wong comments on how his work ‘expands beyond simple sexuality, from being ‘just a gay poet’, to embrace themes of love, alienation and the human relationships of all kinds’. His poems are literary expressions of his life experiences, portraying aspects of his relationship with his father and his lovers, and revolving around recurring themes of love, hope, homosexuality, familial relations, loss and rejection, especially as an openly gay poet in a conservative society. 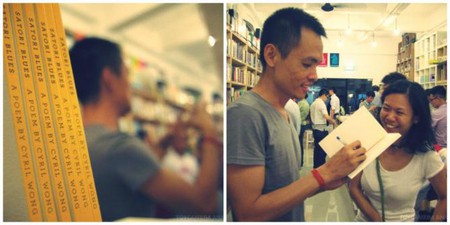 Wong has embraced his homosexuality, of which he has taken full control and ownership, and this has proven to be difficult in Singapore with its strict literary censorship. In response to the recent banning of books by Singapore’s National Library Board in 2014, he voiced his frustration and withdrawal from his literary craft come 2015 in an interview with TODAY, saying, ‘As a queer writer, I think I have reached a limit of some sort, in the light or dark of recent events. I don’t know why I’m bothering anymore. By sometime next year, I’m just going to stop; yes, stop publishing, stop working with governmental organizations, even stop writing’.

If Cyril Wong means what he says, the Singaporean literary scene will have lost an extremely talented poet and writer, whose words have the ability to touch readers from all kinds of experiences.