How To Celebrate Eid al-Adha In Singapore 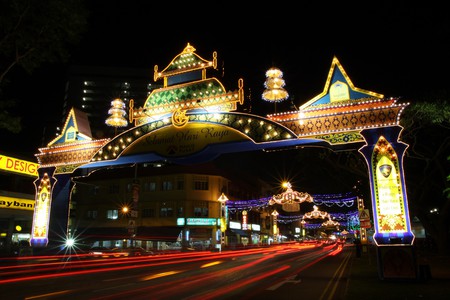 Eid al-Adha, or Hari Raya Haji as it is known in Singapore, is the second of two Muslim holidays in the calendar year, the first being Eid al-Fitr or Hari Raya Puasa. Compared to Hari Raya Puasa which is celebrated all over the city, most notably at the Geylang Serai Bazaar, Hari Raya Haji is a more sombre affair due to it being the holier of the two holidays. Hari Raya Haji commemorates Ibrahim willing to sacrifice his son but is prevented from doing so when the angel Jibra’il tells him that an earlier sacrifice has been accepted. This has led to the practice of korban which involves sacrificing livestock such as a sheep or cow and sharing the meat between the family who carried out the sacrifice, their relatives and friends and the poor. To reflect the holy nature of the day, there are not many events planned for this day on Singapore, yet here are a few ways that you can recognize Hari Raya Haji and even learn more about Muslim culture.

Visit Singapore’s Bugis neighbourhood, also known as Kampong Glam, which is the Muslim centre of Singapore. Here you will find many restaurants serving Halal food, including some restaurants that will have special meals to commemorate the day. Spend some time walking around the neighbourhood and visit some of the Muslim grocery stores and clothing shops in the beautiful shophouses that line the streets.

Donate to the Less Fortunate

Performing a korban has become less common in Singapore due to difficulty in receiving shipments and the high costs associated with purchasing livestock – a korban sheep can cost upwards of S$500! However, it is very important for Muslim families to eat a meal that includes meat. An excellent way to get into the spirit of Eid al-Adha is to donate to families in need, either here in Singapore or donate to charities that help people in other countries.

Two of the largest and most beautiful mosques in Singapore are the Abdul Gaffoor Mosque in Little India and the Sultan Mosque in Bugis. Spend time around the mosques to hear the call to prayer, and as long as you’re dressed appropriately, step inside to learn more about the significance of Hari Raya Haji.

Like other holidays with a special significance, the most common way to celebrate Hari Raya Haji is to gather with one’s family. Some families will use the long weekend as a good time to visit relatives who live in nearby Malaysia or Indonesia. Even if the korban is not performed, families will sit down to a meal which features meat as a celebration for the year ahead.

Get a Henna Tattoo

Celebrate Eid al-Adha by getting a henna tattoo with some of your friends. Especially for students, this long weekend will be your last chance to spend time with your friends and not be worrying about homework. There are many henna parlours in Little India and Bugis, and since the tattoo stays on for a few weeks, it is a great way to have that as a lasting memory.