How Did Singapore Get its Name? 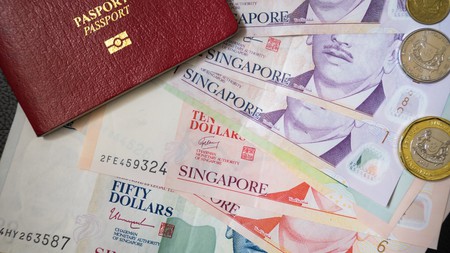 The Republic of Singapore, more commonly known as just Singapore today, did not always go by this particular name. Let’s delve back into Singapore’s history and its myriad names to find out just how this small island state ended up being called Singapore.

Very little is known about Singapore’s early history. But somewhere in a 3rd-century record by a Chinese traveller there is apparently a mention of Pu Luo Chang, the Chinese translation of Pulau Ujong, which means ‘Island at the End’ in Malay – probably a reference to Singapore’s position at the very southern tip of the Malay peninsula.

Most Singaporeans would identify the earliest name of Singapore as Temasek, deriving from the Malay word for lake ‘Tasek‘ because that is part of the history lessons taught in school. This old Javanese name, Temasek, hails from the 13th century and translates as Sea Town.

Today, Temasek lives on as a name for several institutions, the most well-known being the state-owned investment company Temasek Holdings. It’s also the name of several schools, as well as the highest national honours called the Bintang Temasek (Star of Temasek) and Darjah Utama Temasek (Order of Temasek). 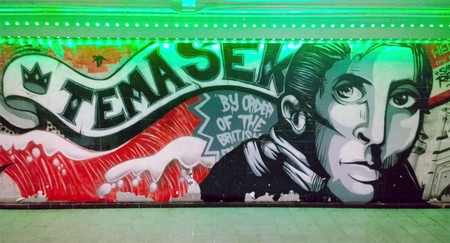 Temasek was changed to Singapura some time in the 14th century, and is also the current Malay name for Singapore. Singapura stands for the ‘Lion City’ and is derived from the Sanskrit words ‘Simha’ or lion, and ‘Pura’ or city, and the story of how the name came about is probably one of the more famous Singaporean legends.

Listed in the Malay Annals or Sejarah Melayu, the story goes that a Sumatran Prince from Palembang named Sang Nila Utama was out hunting one day when he caught sight of a mysterious animal in the distance. Taking it as a sign of good fortune, he established a city in the place where that animal was spotted, which turned out to be Singapore.

It is said that Sang Nila Utama’s mysterious animal was a lion, which is how Singapore ended up being named the Lion City. Though factually speaking, it is quite unlikely lions ever lived in Singapore because this isn’t a typical habitat for lions. It is thought that Sang Nila Utama might have seen a tiger instead – these fierce beasts used to roam wild in Singapore and menace villagers, until the last one was shot and killed in 1930. 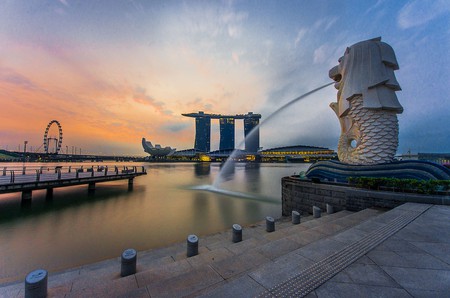 The Japanese name ‘Synonan-to‘ means ‘Light of the South’, a name given to Singapore during the World War II Japanese Occupation period from 1942-1945. It quickly fell out of favour after the Japanese surrendered, but the name remains a bit of a sore point even today with a large number of the local community.

The arrival of the British in 1819 is regarded as the birth of modern Singapore, but the earliest use of the actual name Singapore is pretty murky, and likely to have started around the 17th century. There are many different forms and spellings of Temasek, Singapura, and Singapore found in the old maps today – it was probably only around the 19th century that Singapore was used as the standardised English name and spelling throughout the country and globally, and continues to be used today. 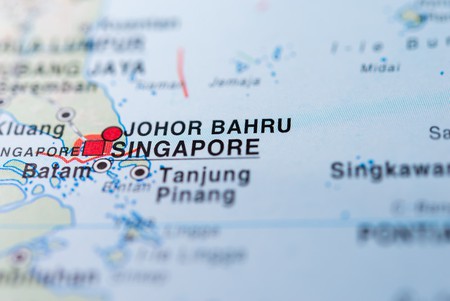 Singapore, a little red dot on the world map | © atdr/Shutterstock

Singapore also has some popular nicknames today. ‘The Little Red Dot’ is one of the most popular – originally intended as an insult by a former Indonesian President about the insignificance of Singapore on a global scale, but has since become embraced fondly by Singaporeans as a sign of the country’s resilience and excellence in spite of its small size.

‘The Garden City‘ is another popular nickname, referring to Singapore’s manicured sidewalks and infrastructure. ‘The Fine City‘ is a nickname that was in vogue on tourist t-shirts, a pun based on the many rules and regulations in Singapore and the corresponding signs threatening fines if the rules are flouted.