Guide To Changi Singapore, The World's Best Airport Since 2013 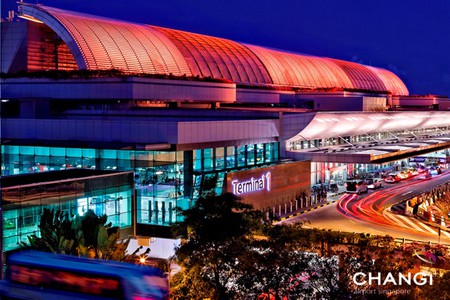 It used to be a contest between Seoul’s Incheon Airport and Singapore’s Changi Airport; however, since 2013, Changi has consistently been voted the best airport in the world by the World Airport Awards. It’s no surprise that Changi wins this distinction, because it is the model in not just airport efficiency, but architecture, shopping, dining, and entertainment as well.

How To Travel Between The City And The Airport

The cheapest (and often quickest) method of getting to and from Changi is by using the MRT. Taking the EastWest (Green) MRT line costs $2.00 and takes about 30 minutes and although it requires one transfer, this transfer simply involves crossing over to the other side of a platform. The more expensive way to travel is via taxi, however, between the airport surcharges, the toll gates downtown and traffic this method will cost you $30 and will likely take even longer. When travelling from the airport to the city, there is also the $9 hotel shuttle which is a good in-between for cost and convenience, since it will deliver you directly to your hotel.

The most frustrating thing about being in the airport is standing in endless queues. Changi has taken considerable actions to mitigate this as much as possible. If you’re flying with the local low-cost carriers, you can print your boarding pass from a kiosk, get it stamped, and you’re on your way. Of course, if you’re dropping off luggage, this process will take a little longer. Another way that Changi has streamlined service is by moving the security scanners away from the immigration area and instead, each flight has its own gate where you go through security scanners. 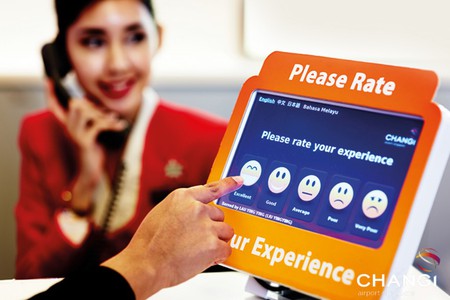 Airlines request that passengers arrive at the airport at least two hours prior to their flight to avoid delays, so you may be thinking that Changi’s efficiency will leave you bored – but this is certainly not the case. The airport is full of comfortable lounge seating and for people who want to use their computers, every seat is equipped with its own charging point. 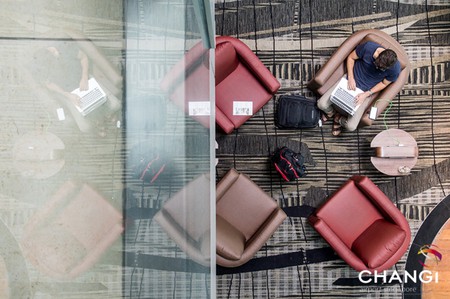 If you’d prefer to spend your last few hours in Singapore doing something relaxing, Changi airport has many options for your entertainment. For nature lovers, in Terminal 1 you’ll find an outdoor Cactus Garden, Terminal 2 is home to a Sunflower Garden, and Terminal 3 has an outdoor Butterfly Garden. 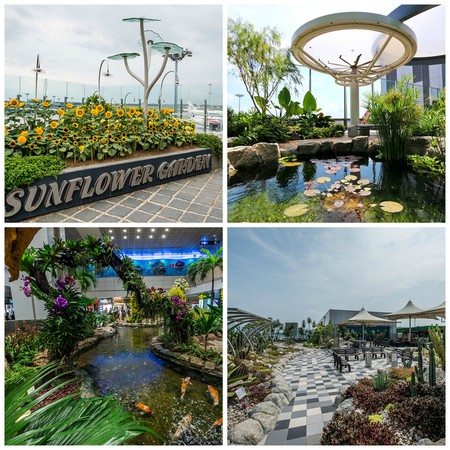 For families, there are many kid-friendly activities at Changi as well. In Terminal 1, you’ll find a rooftop swimming pool ($17 per person). Watching planes come in as you enjoy a leisurely dip will be an unforgettable way to end your Singapore vacation. In Terminal 3, you’ll find a 24-hour movie theatre screening the latest family-friendly blockbuster films and an epic slide that plunges riders down four storeys reaching speeds of up to six metres per second! 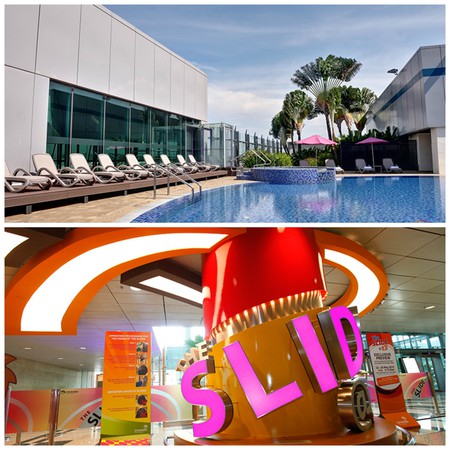 Changi has all of your standard eating options including Western fast food, international coffee chains, and more. There are sit-down restaurants offering a variety of cuisines and even a Hello Kitty Café in T3. For a taste of Singapore at hawker centre prices, visit the Straits Food Village in T2 or the Singapore Food Street in T3. Pro tip: as long as it’s before 10:30pm, you can avoid paying airport prices if you’d like to enjoy a cold one with your meal by picking up a few cans from the Cheers and Watson’s that are scattered around the airport. 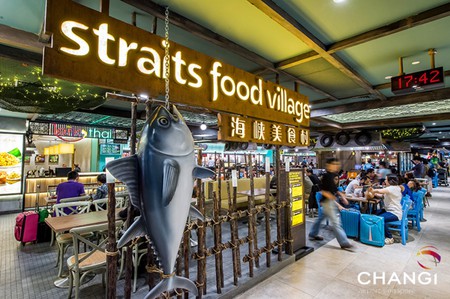