An Interview With Ryan Su: Lawyer And Art Collector 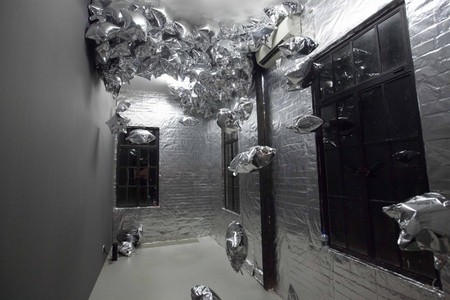 Ryan Su, 27, comfortably straddles the two worlds of law and art. While living in London and Paris, his law education and training lead him into the world of art. Back in Singapore, he recently held his first show, Andy Warhol: Social Circus, which kicked off Singapore Art Week 2016 in January and drew over 6,500 visitors in just a two-week run. It is the largest collection of Andy Warhol Polaroids to be shown in Asia, and the first time they have been reunited and exhibited as a collection since they were pulled out of Warhol’s Polaroid camera between 1958-1987 and dispersed around the world in various private collections. He shares with Culture Trip about his journey into the art world, his thoughts on Andy Warhol, Instagram, and the arts in Singapore. 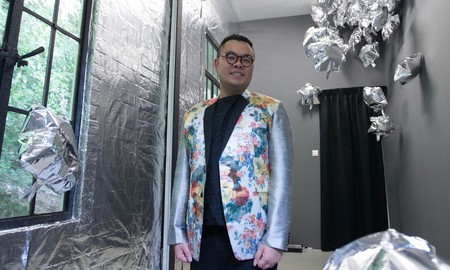 You’re involved in an interesting array of fields — from law to landscaping. Could you tell us more about your journey into the art world and how you came to collecting art?

My art collection started by accident in London where I went to study art law. My lecturers were about lawyers who represented artists and their estates. These artists were often at the receiving end of a raw deal from a gallery. In addition, we dealt with disputes regarding authenticity of artworks, illegally exported artworks, stolen artifacts and Nazi-looted art. Sometimes, artists did not have money to pay legal fees and could only pay in kind – with their artistic works. Hence, my lecturers started amassing eclectic collections of art.

Being exposed to these eclectic collections of art quickly ignited an enthusiasm for art collecting. I started going to auction houses to learn and to look at art. I also worked in the Art and Cultural Property department in a London law firm where I dealt exclusively with art-related cases. The friends I made in the art houses and the art-related work cases I took on made me even more interested in art and collecting. 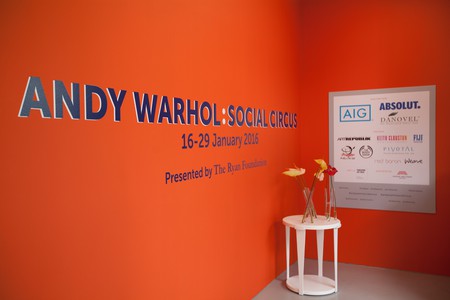 It is often said that Warhol was a major force in the commercialization of art and the reproducibility of art. Through his Polaroids, Warhol collected a ‘visual diary’ that gave him, and now us, a glimpse into the fame and celebrity of 70’s and 80’s New York. This ‘visual diary’ was what intrigued me. I believe that his Polaroids are relevant and important works. These could very well be the first ‘selfies’, and as a collection, perhaps the first Instagram account.

I love Andy Warhol because he was a true visionary. He had tremendous foresight. He dabbled in things and styles that would ultimately become trends. Who knew that camouflage prints would take the fashion world by storm, ‘selfies’ would be the craze, or that people would be famous just for being famous? 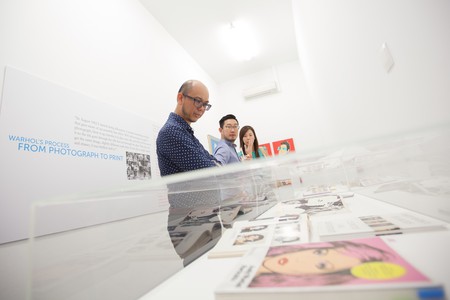 The AIG Library which displayed rare Warhol books and catalogues.

I’ve read you describe Andy Warhol’s Polaroids as ‘the first Instagram account, the first selfies before the Internet was even formed.’ How do you feel about the instantaneous way we capture and share photos today? Is that antithetical to the culture of art?

I think art has always been a reflection of our times, of society. The advent of the internet, Instagram and ‘selfies’ would invariably leave these as subject matter open for artists to deal with. Fortunately or unfortunately, their output, as in the subject matter themselves, would become part of culture and of the culture of art (such as the Instagram appropriation works by artist Richard Prince).

What’s the most memorable experience you’ve had buying art so far? 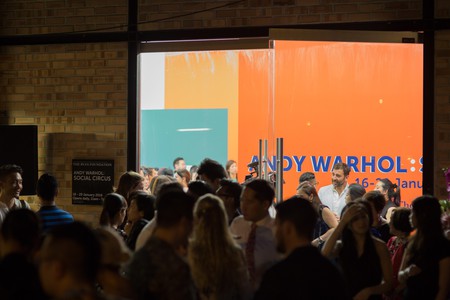 The crowd outside entrance of ANDY WARHOL: Social Circus on the opening night.

If you could have dinner with any artist in the world, living or dead, who would it be?

Oh my… It would, of course, be Andy Warhol himself!

What do you think of the arts in Singapore? How do they differ from the arts landscape abroad?

What a huge question! There is a lot to do in Singapore to promote an awareness for the arts, a respect for the arts, and arts education. This all has to be in place before we can have meaningful discourse. I am not saying that none of this is present, but that there is still a lot of ground to cover — this is one of the reasons why I started The Ryan Foundation.

What’s next for you? Are you planning any trips abroad for your next project or exhibition?

Yes – we have packed up the Singapore leg of Andy Warhol: Social Circus and are preparing for it to travel around the region! We would like to share this collection of Warhol’s work with the fantastic people in other Asian cities! I am very excited for this. We hope to be back from Singapore Art Week 2017 with a bigger, better show – with more works and more experiences!