A Local's Guide To Holland Village In Singapore 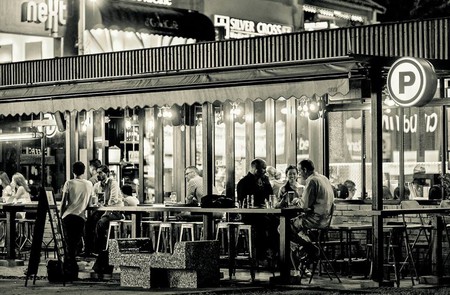 Holland Village, located near the Botanic Gardens and just outside Orchard, is an expat neighborhood that has slowly gained popularity with young Singaporeans. Once a Dutch community, many businesses opened along Lorong Liput and Lorong Mambong with the specific purpose of catering to these European families. The neighborhood is still largely populated by upper-class expats, with shops transforming into restaurants and bars that cater to that market. Here’s our guide to spending a relaxing day in Holland Village.

Holland Village started out as the location for several plantations and nurseries located along present-day Lorong Mambong. Although it is unsurprising that the Dutch were early settlers in the area, it may come as a surprise that the neighborhood was named after architect and amateur actor, Hugh Holland. Later on, it became an enclave for members of the British army and their families who lived in the area that is present-day Chip Bee Gardens. During this time, Holland Village (around Lor Liput and Lorong Mambong) flourished as businesses opened with the express purpose of catering to these well-heeled foreigners.

Over time, the increase in upper-class expat families led to developers building more bungalows and semi-detached houses – these were the preferred styles for expats who wanted to have a bit of privacy and land around their homes. Today, Holland Village continues to be the domicile of mostly expats and Lor Liput and Lorong Mambong have seen many of the original trade shops transform into a myriad of cafés and restaurants to cater to the tastes of the current expat population. 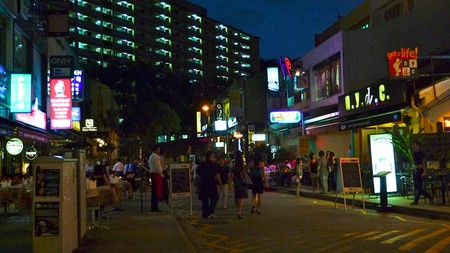 Getting to Holland Village is very easy. The fastest way to get there from anywhere in the city is by taking the subway to the Holland Village station on the Circle Line. If you’re coming from the city, that will either involve a transfer from the Downtown Line at Botanic Gardens (recommended) or the EastWest Line at Buono Vista (not recommended, the transfer is very long). When you reach the station, get out at Exit C and you’ll be on the edge of the neighborhood.

There are many restaurants here that cater to every palate and budget. Try out La Nonna for traditional Tuscan Italian food like your Italian grandmother used to make, or visit Bar Bar Black Sheep for classic international pub grub. If you’re eating on a budget, visit the Holland Village Food Centre where you can get a meal for under $10. Where Holland Village really shines is with its selection of dessert offerings. Janice Wong, named ‘Asia’s Best Pastry Chef’ by Restaurant magazine in 2013 and 2014, owns and operates 2am Dessert Bar which serves delicious, Asian-inspired Instagram-worthy desserts like the Cassis Plum Yogurt Bamboo Shoot and the adventurous concoction of Miso Caramel Mustard Yuzu Kosho. For a European style dessert café that chocolate lovers will be dreaming about, go to Awfully Chocolate and prepare to be wowed by their signature dishes like the Dark Chocolate S’more which is torched at the table to the delight of patrons, and the Chocolate Vanilla Profiteroles, a flaky pastry filled with vanilla custard with hot chocolate sauce drizzled over top. 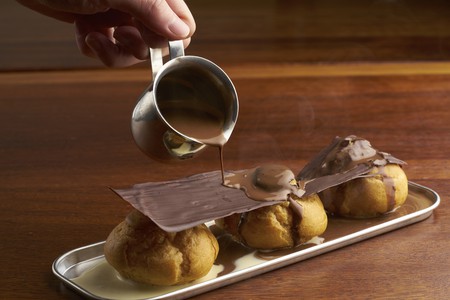 These days, there are significantly fewer places to shop in Holland Village than there once was, however, a few gems still remain. Visit Holland Village Shopping Center for a feel of what the neighborhood was like a few decades ago. This is a great place to get souvenirs that are more interesting than ‘Singapore is a fine city’ and the other things that you commonly find in Chinatown. Head to Thambi Magazine Store & Money Changer where you will find a surprisingly extensive collection of international magazines that far surpasses the meagre collection at Kinokuniya and the like. For something more luxurious, check out Bynd Artisan. The family run company has been around since the 1940s and are passionate about their craftsmanship. Focusing mainly on leather goods and stationery, the shop is dedicated to artistic elegance. 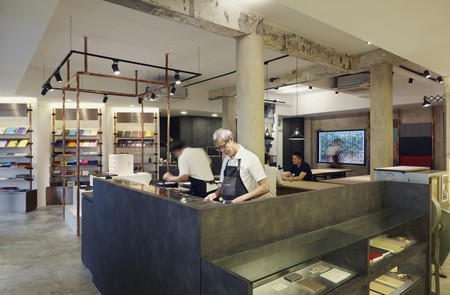 As popular as Holland Village is during the day with expat families, it is an equally popular destination at night. Whereas Club Street and Clarke Quay are the party hotspots, Holland Village is known for its laidback atmosphere and unpretentious bars. Visit Singapore stalwart, Harry’s Bar during the week from Sunday to Thursday until 9pm and drinks are just $10 for draught beers and house wines. For a unique bar concept, go to Park HV, unmissable in its retrofit shipping container, providing patrons almost exclusively with alfresco space to enjoy a drink or two under the stars.

Courtesy of Park@HV
Give us feedback