10 Rare Plants to Spot in Singapore's Gardens by The Bay 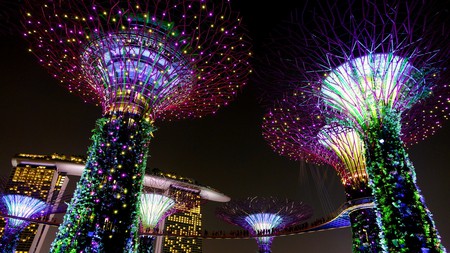 The future is here and it is a fully-fledged Edenic paradise, housing some of the world’s rarest plant life and vegetation. Welcome to Singapore’s Gardens by the Bay.

Singapore’s Gardens by the Bay is a modern day marvel. Home to thousands of species of flora and fauna, every visit here feels like a jungle expedition. Within its 250-acre compound, it preserves numerous endangered plant species, while the modern world outside constantly advances. From the beautiful to oddly fascinating, here are 10 rare plants to spot in these gardens. 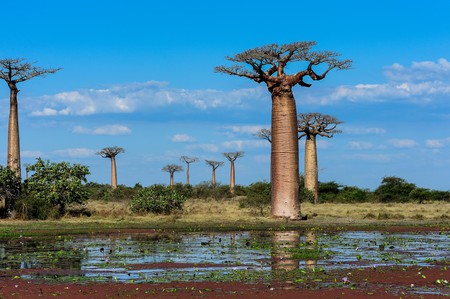 Found in the Flower Dome section of the Gardens, this legendary tree is one of the venue’s most bizarre-looking species. These specific baobabs are found only in Madagascar, boasting thick trunks that grow up to 30 metres in height and three metres across – forming an imposing presence. They’re also considered endangered due to their land taken over for farming purposes. 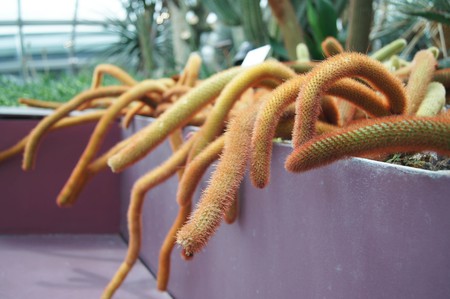 Endemic to the Adean valleys of Bolivia, the Golden Rat Tail is an exquisite cactus plant found in the Flower Dome. Different from other cacti due to its weaker stems, they tend to droop into a tangled mess that looks akin to Medusa’s head of serpents. What is intriguing are the salmon-pink and copper flowers it sprouts despite its dry habitat. Presently, it is considered endangered. 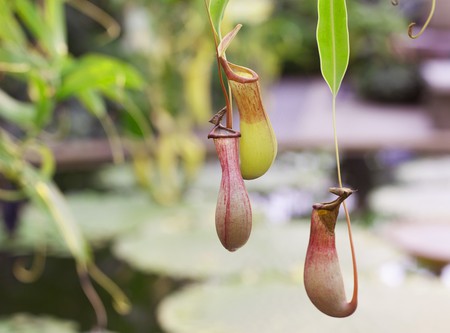 This infamous plant is also popularly known by its scientific name, Nepenthes truncata. Native to a few islands in the Philippines, pitchers are carnivorous plants that rely on modified leaves known as pitfall traps to trap prey in digestive fluid, consuming live animals to sustain themselves. Nepenthes truncata is one of the more fearsome culprits, known to consume whole rats. This flask-shaped plant can reach heights of up to 40 cm tall. Look for this in the Cloud Forest.

This exotic species blooms vivid red orchid flowers, earning it a somewhat unfairly monstrous nickname. It is a severely threatened species, found in only a few areas in the elevated forests of Colombia. It is known to only grow on high ground such as between 1200-1600 metres in height. Its flayed out appearance is particularly striking, with deep burgundy and cream. The higher spots in the Cloud Forest of Gardens By The Bay is where you can see them (and no, you won’t have to pack a crucifix and some garlic). 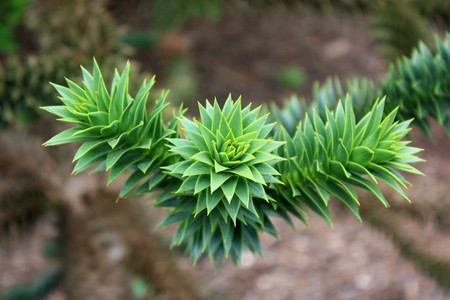 The Monkey Puzzle Pine is a sight to behold. Its leaves are particularly intricate, scalloping continuously until the end with a sharp and prickly texture. What’s most fascinating about the Monkey Puzzle Pine is that they are considered living fossils, believed to have lifespans of over a thousand years. Found in parts of Chile and Argentina, it is endangered due to deforestation and farming. You can spot it in the Flower Dome. 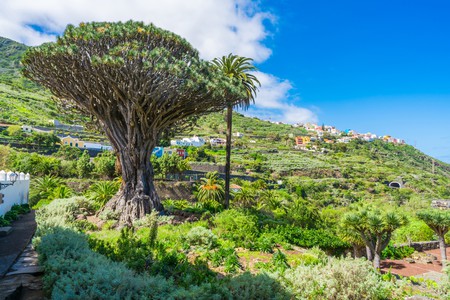 The El Drago tree has a storied reputation and is shrouded in mystery, especially in its native Tenerife. There, it is the natural symbol of the island, with folktales claiming it to be anywhere from a thousand years old or much, much more. The plants sprouting from El Drago are almost akin to the peacock’s feather when seen from a distance, with sharp pointed leaves that resemble stars. They can be spotted in the Flower Dome. 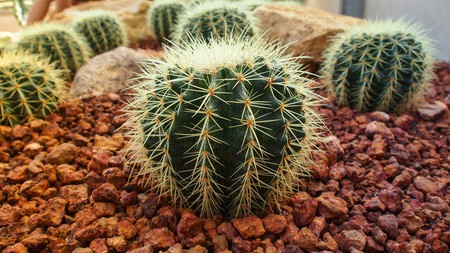 A particularly rare and endangered species, the Golden Barrel Cactus literally looks like a bulging barrel (hence its name). Its bulbous shape makes it stand out from the rest of its prickly family members, growing specifically on volcanic rock at very high altitudes. They are currently heavily threatened and at risk of extinction due to the fact it is found only in a very specific area of Mexico. The construction of a dam in the area has drastically reduced its numbers. They can be pinpointed at the Flower Dome. 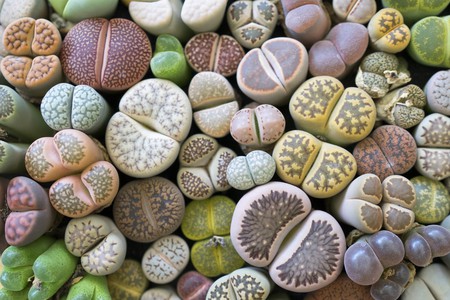 Also known colloquially as ‘living stones’, finding a Lithop may prove to be a ‘Where’s Waldo’ type of task as they mimic the gravel on the floor you walk on. Found in southern parts of Africa, these ingenious little plants have adapted to mimic the appearance of stones or pebbles to avoid getting eaten by animals. They have a bulbous shape when they sprout, with little in the way of a stem. Have fun finding them in the Flower Dome – if you are lucky, they will have sprouted flowers. 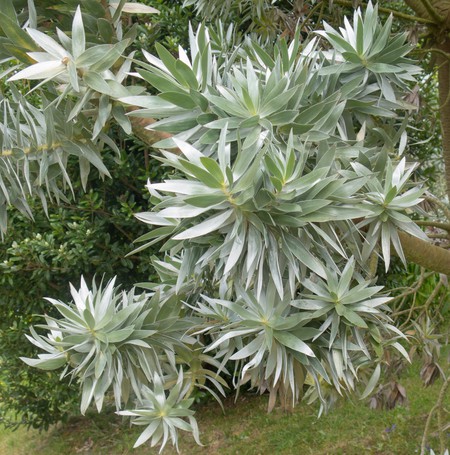 Leucadendron argenteum (Silver Tree) on the Island of Tresco in the Isles of Scilly, England. | © Peter Turner Photography/Shutterstock

The leaves of this vulnerable plant species are simply magical. Modelling a silver sheen formed by a collective layer of very soft and dense hair, the leaves jut out in sharp points, giving the whole tree a glassy, fairytale-like appearance. They can only be found in a very limited area of South Africa and are prone to fires, which has decimated their population in recent years. They can be spotted at the Flower Dome. 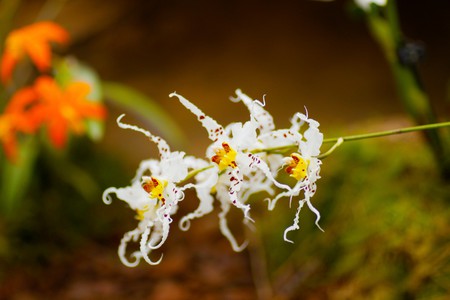 The Wavy Odontoglossum can only be found in high altitudes upwards of 1200 metres above sea level in areas around Colombia, Ecuador and Peru. Their extended tentacles and shrivelled petals make them look like beautifully decaying bouquets. They grow very close to one another and form wavy extensions on the mountain-tops. Wavys can be quite striking when seen in a group, forming beautiful purple-speckled clouds amid the wet surroundings. They are found hovering in the Cloud Forest.