A History Of The Singapore Botanic Gardens In 1 Minute 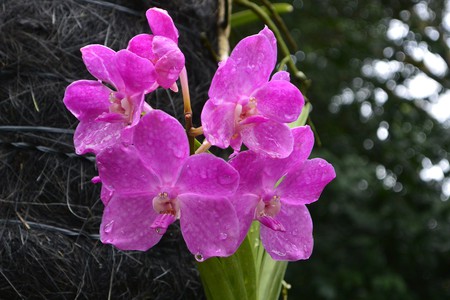 The Singapore Botanic Gardens were first founded in 1859 making it a 157-year-old landmark of the city. Covering an impressive 82 hectares of land right in the heart of the city, a stone’s throw from the Orchard Road shopping belt, these gardens are home to over 10,000 species of flora and a fair number of gigantic monitor lizards. In 2015, the Gardens earned the distinction of being one of only three gardens to earn UNESCO World Heritage Site status.

The gardens started at a more modest size in 1859, at just 32 hectares near what is now Tanglin Road it was approximately one-third the size of the current gardens. The Agri-Horticultural Society received this land from the British colonial government with the purpose of building a public park and research centre. The society hired a landscape designer to tackle the difficult task of taking what was essentially a wild jungle and taming it into a place that would be enjoyable for the public.

Henry Nicholas Ridley was key in bringing early importance to the Singapore Botanic Gardens. As director of the gardens, and on the forefront of rubber research, he used his position to develop improved methods of rubber cultivation. Ultimately, he was able to convince planters across the Malaysian peninsula to follow his methods, resulting in the areas becoming the world’s largest producer of natural rubber. Ridley’s technique of rubber extraction is in fact still used today. 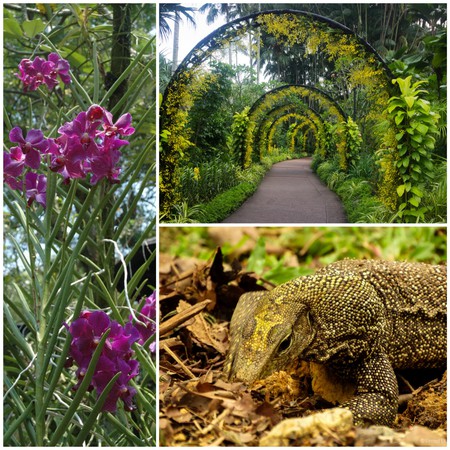 The Singapore Botanic Gardens have stood the test of time thanks to several other innovative scientists and horticulturalists. In the 1920s until 1950s, the man at the helm was Professor Eric Holttum whose research focused on commercial orchid growing. His research led to the world-class Orchid Garden which houses the largest collection of orchids in the world and in 1981, one of his hybrids, the climbing orchid, was chosen as the nation’s national flower. Even during the Japanese occupation from 1942 to 1945, the director of the gardens, Hidezo Tanakadate, was determined to protect the grounds and ensure that no looting took place in the Gardens.

The Gardens continue to play an important role in Singapore’s cultural identity. Thanks in part to the expertise of the directors and scientists at the Gardens, Singapore earned the moniker of the ‘Garden City’. For such a small, densely-populated island, the amount of green space is truly impressive and this would not have been possible without the dedication of those who have been running the Singapore Botanic Gardens for the last 157 years.